The Ibex tries to defend the 8,200 points

The truce in the macro agenda softens the movements in the markets. 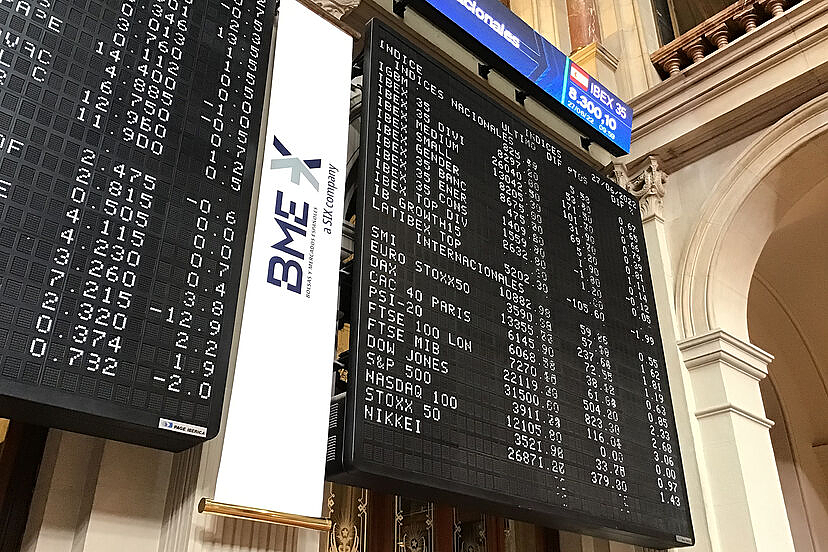 The truce in the macro agenda softens the movements in the markets. The rise in oil complicates advances in equities, and the Ibex suffers at times to maintain 8,200 points.

The main dishes of the week, a priori, are concentrated in the next days. This mini-truce in macro benchmarks translated yesterday into a flat sign on the Ibex, and in today's session investors are opting for reduced movements.

In the absence of more decisive macro data, the rebound in oil prices takes on more importance. Last week its withdrawal was one of the keys to the improvement in the markets. The barrel of Brent today reaches 116 dollars in the midst of the new additional sanctions that the G7 is studying to apply against Russia, and among them, limit the price of Russian crude. In the United States, the West Texas-type barrel recovers the threshold of 110 dollars.

The combination of a rebound in oil and a mini-truce in recession alerts has slowed the slide in interest on mainstream debt over the past week. In the US, the ten-year bond yield is again close to 3.2%, closer to its recent highs. In Europe, the interest on the German Bund is around 1.55%, while the yield on the Spanish 10-year bond is trading at around 2.65%.

Wall Street rushes through the last days of a fateful semester without major movements either at the close of yesterday's session or in futures ahead of today's opening. The macro references of the next days will give way with the change of the semester at the beginning of the new season of presentation of business results. Despite the additional difficulties in the context, and the pressure on margins, the market still expects a positive sign in profits. The greatest doubts could be reflected in the forecasts regarding the estimates for the year as a whole.

Europe does not find a clear course, and the Spanish stock market repeats the lack of definition that it transferred to yesterday's close, when it closed 0.02% down. The absence of major movements leads the Ibex to try to consolidate at least the level of 8,200 points, on the verge of closing a clearly adverse month of June, with notable falls from the 8,851 points with which it ended May.

The rest of the European Stock Exchanges await references of greater significance before adopting a clearly defined course. The French Cac has managed to target the 6,000-point barrier in recent days.

The containment of macro alerts in recent days has facilitated the fall in the price of the dollar. The brake continues today, and the euro is trading again one step away from assaulting the threshold of 1.06 dollars. The British pound is also close to the assault at $1.23.

The weakness of the dollar is not being exploited by gold, despite the effects of the G7 veto debate on Russian gold exports. The precious metal continues to be stuck near $1,830 an ounce. In the cryptocurrency market, bitcoin reduces the cushion that it had achieved in recent days above the $20,000 barrier, which has become the new reference in its price since the beginning of last week.