The Huetor Vega School Ampa will ask for an urgent appointment with Education delegate. The director will appeal his dismissal

The Ampa del Colegio Nuestra Senora de la Angustias will not relent and continue to fight for a redress by the Territorial Delegation of Education to Granada of a decision that seemed unfair to them. 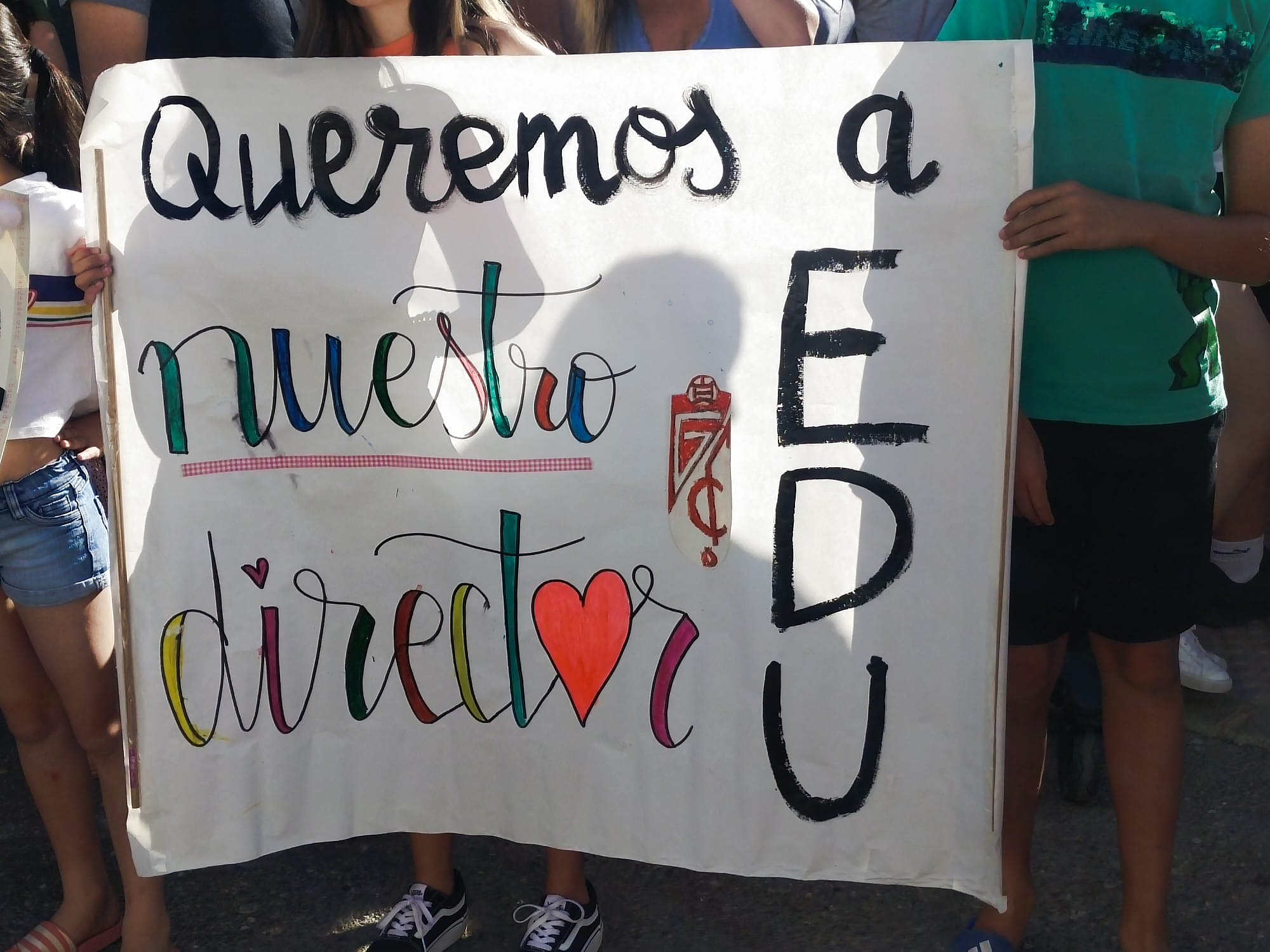 The Ampa del Colegio Nuestra Senora de la Angustias will not relent and continue to fight for a redress by the Territorial Delegation of Education to Granada of a decision that seemed unfair to them. This was the removal of Eduardo Ubago and his entire management team. A resolution which was officially communicated by the inspector responsible.

The Ampa sent a statement to students' families today announcing that they will request an emergency meeting with Ana Berrocal, Education delegate. The students will be going to the Territorial Delegation headquarters with the intention of departing with their scheduled appointment. If they do not, they will inform the Delegation in the Junta de Andalucia based on Gran Via that they will hold a concentration near the gates to Education on Thursday, 7 July. They will then summon all fathers and mothers to the school to express their dissatisfaction at the Delegation's and Inspection acts.

Sources from Ampa informed IDEAL they are upset about what happened and the behavior of both the Delegation of Education and the Education Inspectorate. They have not listened the families voice in this matter, after collecting over a thousand signatures for support for the director and more than 200 people at school gates prior to the extraordinary meeting last Monday. They don't understand the Delegation's "none" and its method of proceeding. This includes the fact that it has turned a blind ear to the support received by the entire management team from the local political representatives, families, and teachers at the school.

Ampa, on the other hand, has indicated that Ampa will request the Inspection Report from the Director who was dismissed and that he will also present an appeal. Sources within the Delegation informed IDEAL that they had already sent the report today to the inspector and that the Territorial Delegation is continuing to evaluate the management process. This was based on Articles 23 and 24 of the Order of the Ministry of Education and Sports of Nov 9, 2020. These articles are found in the Official Gazette of the Junta de Andalucia. These articles concern the continual evaluation of schools' direction and the final evaluation.

Other technical sources within the Education Delegation have also explained to IDEAL that the inspectors' reports were not binding. The delegate who validates them is the delegate. This is a political decision. If the delegate wanted, she could have reassessed the report. This is because the delegate, with ten days remaining at the Delegation's head after last 19J's Autonomous Elections, in which her party (Citizens), has not received parliamentary representation, also serves as an inspector of Education by profession.

These same sources also point out that Ampa can request that the work done by the director or his team be reevaluated and supervised by an independent court. They state that there are precedents, and some have been favorable to the director or director," the Delegation says.

It seems that the dismissal and subsequent reorganization of the mother and father centers will not be an administrative matter. There will be new chapters relating to this claim.

‹ ›
Keywords:
AmpaColegioHuetorVegaPediraCitaUrgenteDelegadaEducaciónDirectorRecurriraDestitucion
Your comment has been forwarded to the administrator for approval.×
Warning! Will constitute a criminal offense, illegal, threatening, offensive, insulting and swearing, derogatory, defamatory, vulgar, pornographic, indecent, personality rights, damaging or similar nature in the nature of all kinds of financial content, legal, criminal and administrative responsibility for the content of the sender member / members are belong.
Related News