The debate about the delivery of German main battle tanks to the Ukraine does not stop and also occupied the discussion round of Sandra Maischberger on Tuesday evening. 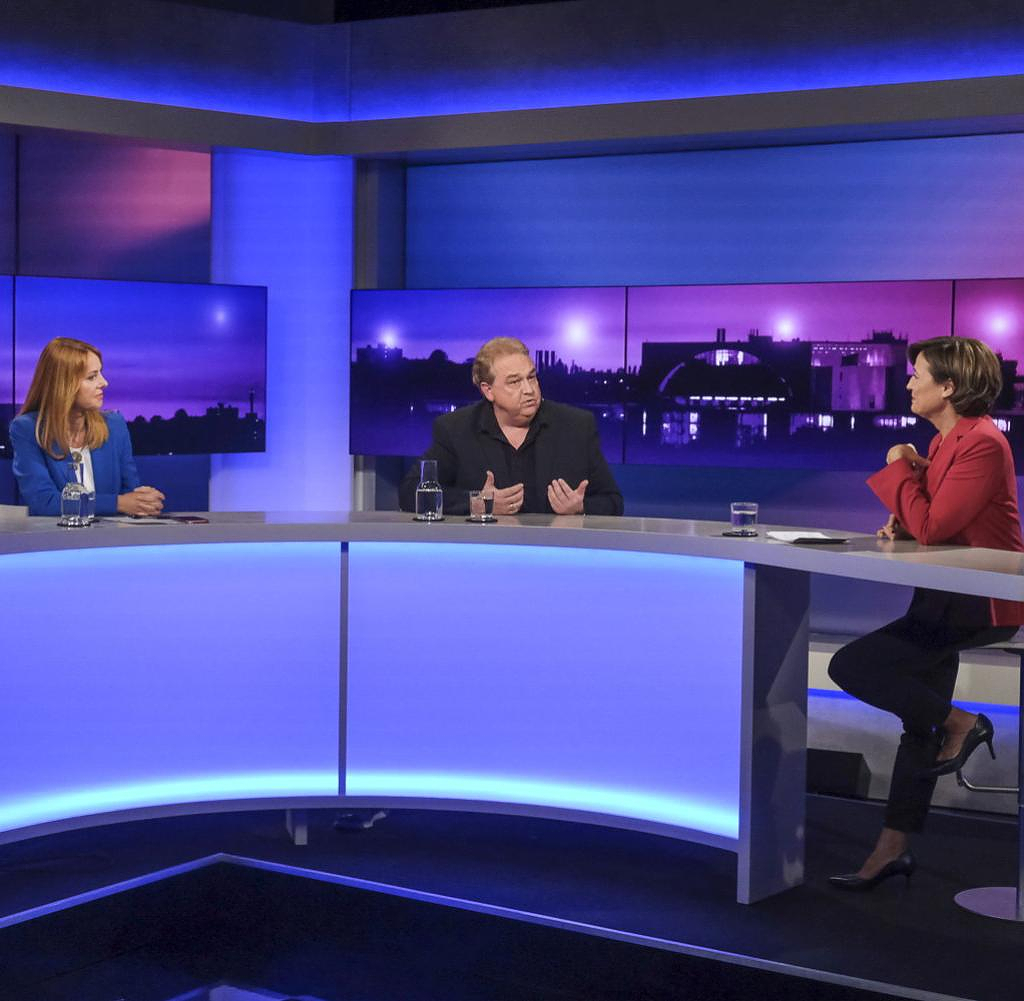 The debate about the delivery of German main battle tanks to the Ukraine does not stop and also occupied the discussion round of Sandra Maischberger on Tuesday evening. The sanctions against Russia were also an issue, as was the resulting energy crisis. Should Germany remain consistent? Can the procrastination of arms deliveries still be justified?

The chairwoman of the Federal Defense Committee Marie-Agnes Strack-Zimmermann from the FDP, AfD boss Alice Weidel and the former ambassador Wolfgang Ischinger are discussing this. Journalist Gabor Steingart, comedian Oliver Kalkofe and ARD correspondent Kerstin Palzer were also in the studio to classify the topics of the week.

At the outset, Gabor Steingart believed that Foreign Minister Annalena Baerbock and Federal Chancellor Olaf Scholz had agreed on a common position before their joint trip to the UN General Assembly in New York. “They synchronized, which is also correct. It would be unwise for them to enter the arena in different positions. That's why Baerbock has taken a step back." That's why you stick to it: "No battle tanks at the moment."

“Are the arguments against arms deliveries convincing?” Maischberger wanted to know from Kalkofe, who rightly pointed out that he was not a military expert. "The confusion is growing because the justifications are constantly changing," says the satirist. "Maybe it's just a communication issue, but eventually it starts to feel like excuses."

Kerstin Palzer was initially more forgiving and showed understanding for the Chancellor. "Scholz acts responsibly and many people want that too. After all, it's about a war that could spread further.” But she too was critical. Even the greatest pacifist must be clear that this war would not end with a phone call to Putin. "I don't know of any war that ended without the use of weapons," she said.

With regard to the sanctions policy, Steingart also violently attacked the federal government on the show and doubted their effectiveness. "Scholz let the threat of a nuclear strike freak him out and tried to compensate for doing nothing in the military field with economic sanctions," he complained to Maischberger.

“The economic sanctions affect us. This is a cardinal mistake by the government, waging an economic war against its own population that ultimately cannot be financed.” The sanctions are a shot in the foot, not Putin's. “We canceled the gas ourselves. There is no winner.”

Wolfgang Ischinger saw things a little differently in the one-on-one interview: “Sanctions have never been a panacea and, like any pill, have a side effect. But the damage to Russian society is only just beginning.” The lesson to be learned from the ambiguous result must be to make the consequences for an aggressor clearer next time.

In the end, Marie-Agnes Strack-Zimmermann and Alice Weidel met for a showdown. The invitation from the AfD chairmen alone had made waves on social media in advance. The maximum dissent between the two women was pointed out by Maischberger in a quick question and answer session. The debate that ensued was correspondingly heated and largely petered out in partisan skirmishes and personal attacks.

Strack-Zimmermann campaigned for arms deliveries. “Putin started this war. He is responsible for thousands of deaths, rapes and the abduction of children," said the defense committee chair to applause from the studio audience. "I hope that what happened to other war criminals will flourish for him." International law is clear. Ukraine has been attacked and arms shipments are legitimate. "Putin crossed a line and not us."

Weidel, on the other hand, spoke of "a completely wrong way" that the federal government was taking with the delivery of offensive weapons and attacked Strack-Zimmermann directly. “Germany is being made cannon fodder with your policies. As a weapons lobbyist, you have an interest in the escalation of the war and do not want any peace negotiations at all.” Instead, Germany would be placed in a “highly dangerous situation” if the “escalation spiral” were continued.

"I don't know when you took a wrong turn in your life," the FDP politician then became personal and accused Weidel of populism. The economic sanctions against Russia caused further controversy. Weidel demanded a return to normal economic relations. "We're doing collective self-harm here and we absolutely have to end this course."

Strack-Zimmermann countered this and countered with high approval ratings for the sanctions. Despite the restrictions, 70 percent of the population is still in favor of supporting Ukraine, she calculated. She dispelled hopes that the enormous energy prices would end soon: "We will no longer get the extremely low prices."

In the end, Maischberger embarrassed Weidel to have to comment on a planned trip by an AfD delegation to eastern Ukraine. "The deputies wanted to get an objective picture of the situation," said the party leader. This was not a party order.

‹ ›
Keywords:
TVKritikMaischbergerSandraNewsteamOliver KalkofePolitikKriegAnnalena BaerbockAlice WeidelRusslandSandra MaischbergerWolfgang IschingerMaischberger WeidelOstukraineGabor SteingartUkraineWaffenlieferung
Your comment has been forwarded to the administrator for approval.×
Warning! Will constitute a criminal offense, illegal, threatening, offensive, insulting and swearing, derogatory, defamatory, vulgar, pornographic, indecent, personality rights, damaging or similar nature in the nature of all kinds of financial content, legal, criminal and administrative responsibility for the content of the sender member / members are belong.
Related News