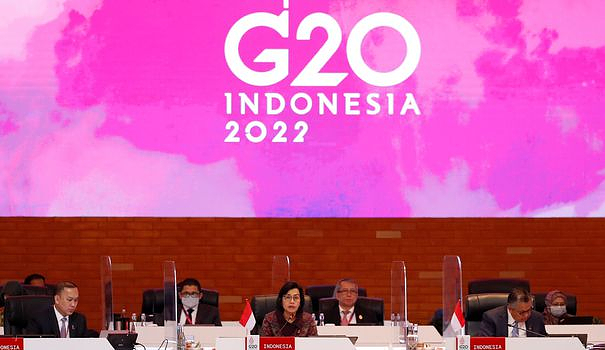 This meeting, from 9:30 a.m. to 1:30 p.m. Washington time, will address, among other subjects, the blockages concerning the reform of international taxation as well as the financial sector.

Gathered on Wednesday evening for a working dinner, the big money-makers of this intergovernmental forum were to discuss the allocation of special drawing rights from the International Monetary Fund to poor countries, the issue of debt, and the state of the world economy after eight months of Russian invasion of Ukraine.

It is suffering a severe cold snap, the International Monetary Fund was alarmed on Tuesday in its economic outlook which revised down the forecast for growth on the planet next year and even forecast a recession in Germany and in Italy.

Regarding the debt of poor countries, the current rise in interest rates coupled with soaring energy prices may even cause a "wave of debt crisis" to resurface, the World Bank worried on Friday.

In this context of economic depression, the presence of Russia at the G20 discussions should clearly complicate the task of the leaders of this organization to find a consensus in their final declaration.

“It may be difficult to have joint press releases,” said a source in the French Ministry of the Economy, both after the G20 meeting and IMF meetings which include Russia in their midst. .

During the two previous meetings of the G20 Finance, in April and July, no press release could be drafted in the face of the major differences of opinion between these countries brought together this year under the Indonesian presidency.

While the next G20 summit in November must this time bring together heads of state and government, US President Joe Biden said on Tuesday that he had "no intention" of meeting Vladimir Putin, whose presence at this gathering in Bali is still very uncertain due to the international context.

In the face of persistent blockages and failing to obtain a consensus within the G20, "the G7 has a real role to play" affirmed for his part the French Minister of Economy Bruno Le Maire on Wednesday during a meeting of seven most developed democracies in Washington but which the French minister followed from France.

The G7 tried on this occasion to move forward on the proposal for a cap on Russian oil prices, and continues to discuss the mechanisms necessary for the effective implementation of the cap.

Another point of tension has emerged in recent days in the run-up to the G20 meeting after the decision by the Organization of the Petroleum Exporting Countries and their partners to slash its oil production quotas in the midst of the global energy crisis.

A member of the G20, Saudi Arabia will face "consequences", said US President Joe Biden, without specifying the nature. 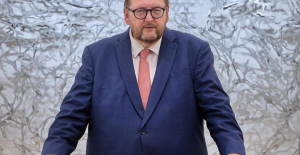 A “Web of Dependencies” in a “Culture of Fear”