Bus and train passengers in Schleswig-Holstein will no longer have to wear masks for health protection from Sunday. 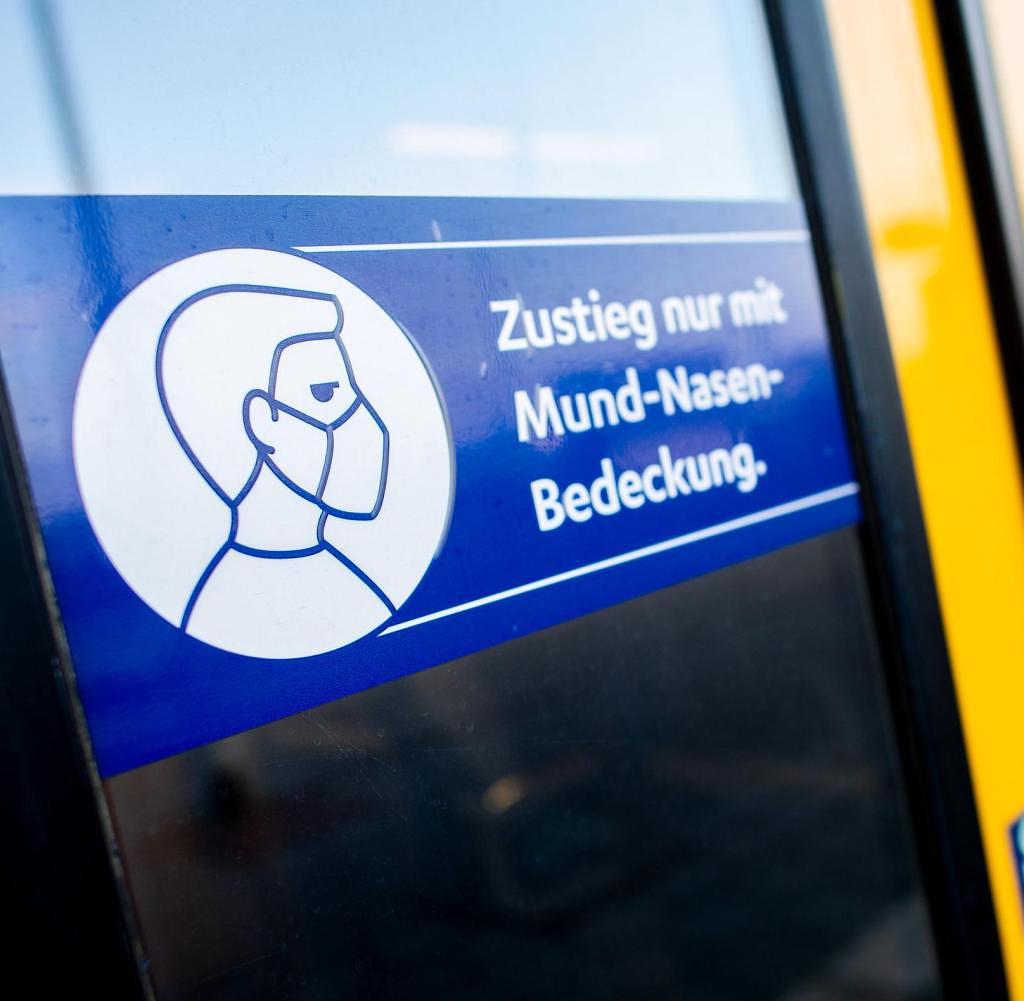 Bus and train passengers in Schleswig-Holstein will no longer have to wear masks for health protection from Sunday. At the beginning of the new year, the obligation imposed in the corona pandemic was followed by a recommendation to cover your mouth and nose in local public transport.

The state government justified its decision on the way to more normality with the development of the infection process. The situation in the hospitals is tense, but this is due to the high number of patients with other respiratory diseases. In addition, the corona virus hits a population that has now been largely immunized by vaccination and infections, so that the course of the disease is predominantly mild. "It is time to also legally map the transition from the pandemic to the endemic and to end the blanket measures restricting fundamental rights," said Health Minister Kerstin von der Decken (CDU).

In the event of cold waves and respiratory diseases, everyone could protect themselves effectively, among other things through regular ventilation, voluntary wearing of masks and vaccinations. The mask requirement has already been dropped in Bavaria and Saxony-Anhalt, but not in Schleswig-Holstein’s neighboring states of Hamburg, Lower Saxony and Mecklenburg-Western Pomerania. Efforts to find a uniform regulation in all countries had failed.

The federal states themselves decide whether masks are compulsory in buses and trains in local transport. For long-distance trains and long-distance buses, FFP2 masks are compulsory nationwide until April 7, 2023. Hamburg will probably stick to the obligation to wear it for that long, which means that commuters from Schleswig-Holstein to the Hanseatic city on the state border in the moving train or bus have to put on their masks. Hamburg Mayor Peter Tschentscher (SPD) had emphasized last week that he wanted to stick to it in view of the waves of infection with respiratory diseases. At the same time, he regretted that such a "patchwork" of regulations was emerging.

‹ ›
Keywords:
CoronavirusLauterbachJörnSchleswigHolsteinHamburg
Your comment has been forwarded to the administrator for approval.×
Warning! Will constitute a criminal offense, illegal, threatening, offensive, insulting and swearing, derogatory, defamatory, vulgar, pornographic, indecent, personality rights, damaging or similar nature in the nature of all kinds of financial content, legal, criminal and administrative responsibility for the content of the sender member / members are belong.
Related News