The interview takes place in her office on the 20th floor of the Ministry of Economic Affairs on the banks of the Rhine in Düsseldorf. 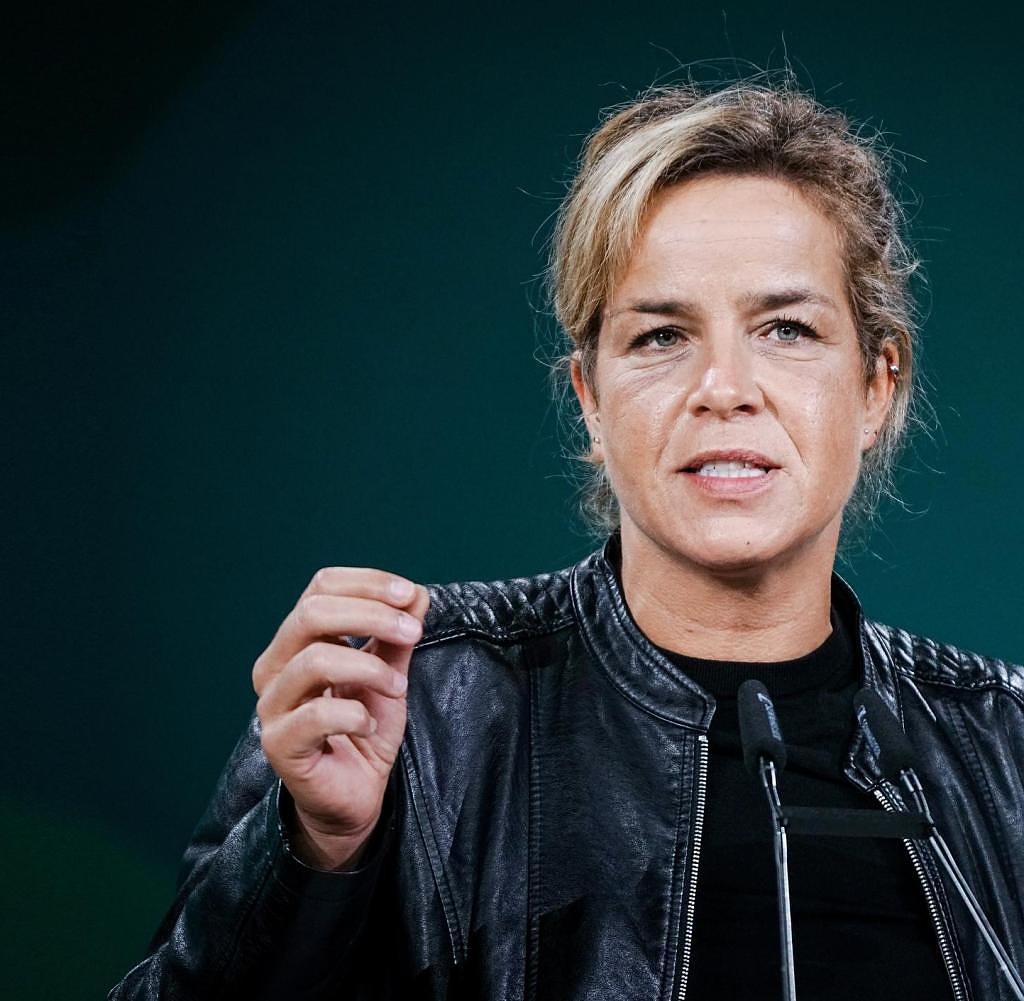 The interview takes place in her office on the 20th floor of the Ministry of Economic Affairs on the banks of the Rhine in Düsseldorf. When the weather is good, she can see Cologne Cathedral from up here, reports the 45-year-old department head. On this rather overcast winter's day you can't see the cathedral, but you can see the steaming cooling towers of the RWE lignite units in the neighboring Rhenish mining area.

WORLD: Ms. Neubaur, as a result of the Russian war against Ukraine, energy has become scarce and expensive. Against this background, RWE is allowed to run several coal piles longer and bring back power plants from the safety reserve. The group would now also like to get close to the lignite under Lützerath soon, the state government wants to have the place cleared, probably in January. How difficult was it for you, as Green Deputy Prime Minister, to agree here?

Mona Neubaur: In the coalition agreement, we agreed to phase out lignite as early as 2030, eight years earlier than originally planned. As a result of the agreement with the federal government and the mining company, around 280 million tons of coal will remain permanently in the opencast mine, which we will also physically re-limit. This is a great climate policy success and also a success for the climate protection movement. The fact that the coal below Lützerath is needed for short-term generation of electricity is painful, but it has also been clearly clarified legally and by expert reports. Our goal remains the transformation towards a climate-neutral production method, and without any loss of prosperity.

WORLD: Do you expect massive resistance from the activists in Lützerath?

Neubaur: The climate protection movement has always been extremely diverse. I support all forms of protest that keep the topic of climate protection in the minds of mainstream society in a creative and non-violent way. Fridays for Future brought the topic to every breakfast table with large and colorful demonstrations. We still need this awareness in order to get out of the use of fossil energies as quickly as possible and to massively accelerate the expansion of renewable energies.

WORLD: You were recently at an RWE works meeting in the Rheinisches Revier. What prospects do you see for this region after the end of lignite?

Neubaur: We have to show our respect to the employees at RWE and thank them for getting the necessary electricity capacities onto the energy market at short notice during the current transition phase. Employees who were actually already retired also come back to support them. At the same time, we have to take care of the future prospects of this region, which is in a fantastic location between the university locations of Aachen, Düsseldorf and Cologne with many strong companies.

WORLD: What exactly could be created there?

Neubaur: First of all, the coal phase-out, which was brought forward eight years, needs to be managed well. The federal government has already committed almost 15 billion euros in structural funds for the conversion, which now have to be adjusted to the new schedule. We are currently carrying out a checkout and are looking at which measures we need to sharpen again so that the region continues to prosper.

WORLD: What specific goals do you have?

Neubaur: We want to involve as many companies as possible and their employees in the transformation process of the Rhenish Revier and give them the opportunity to position themselves for the future. Small businesses and medium-sized companies in particular need our special support here. To this end, we have, among other things, launched the Rhenish Revier future vouchers. This means that companies in the region can now finance part of the consulting services, personnel costs, qualification and further training measures and investments required for a realignment of their business models.

WORLD: How much money is available?

Neubaur: Around 200 million euros from state and EU funds are earmarked for the new funding offers as part of the future vouchers. Incidentally, RWE has also announced that it will install renewable energy with a generating capacity of around 500 megawatts in the Rhenish mining area.

WORLD: When it comes to expanding renewable energies, there are also conflicts that slow down the pace. For example with the wind turbines because of the distances to the next residential area.

Neubaur: The wind in NRW is now blowing in the direction of enablement when it comes to renewable energies. We will gradually abolish the general distance rules and in 2022 we introduced a decree that should make it possible, among other things, for so-called calamity areas in the forest, which have been damaged by storms and pests, to be expanded more quickly. In the short term, we also want to develop further necessary potential in the areas for photovoltaics, where we have recently significantly expanded the subsidy backdrop to low-yield, disadvantaged areas.

WORLD: You also need hydrogen for the climate-friendly conversion of the economy. Does it have to be “green” from the start, i.e. generated solely with renewable energies?

Neubaur: We will do everything to ensure that the machines, systems and components required for the ramp-up and use of hydrogen are built in NRW, because that is our strength. We as politicians can also help to provide the infrastructure, especially with our partners in Belgium and the Netherlands. For example, by ensuring that the existing gas pipelines can also be used to transport hydrogen. It is clear that hydrogen will not come from 100 percent renewable sources such as wind power at the outset. It is all the more important to expand the application and increase demand so that as many regions in Europe and the world as possible switch to hydrogen from renewable energies. It's about being in the black with a green way of doing business.

WORLD: In view of the probably permanently higher energy prices, does the industry still have a future in NRW?

Neubaur: We are now building the future of industry in North Rhine-Westphalia. In the current crisis, we have to provide short-term support for those who are struggling with existential problems. That's why we have a hardship regulation for companies for whom the government's gas and electricity price brakes are not sufficient. At the same time, we primarily support small and medium-sized businesses, as the backbone of the economy, in getting away from gas and becoming climate-neutral by promoting innovation.

WORLD: Is the country still a good place for founders? In which areas do you see a need and also opportunities?

Neubaur: Absolutely! New business models are emerging in a wide variety of areas between basic industries and medium-sized companies, paired with excellent universities and research institutions. And in the skilled trades, many courageous young master craftsmen decide to take over companies or start new ones. But we are also pioneers in the circular economy, artificial intelligence, climate protection technology and biotechnology with great clusters and competence centers. In addition, we want to encourage more women to set up business in North Rhine-Westphalia and support start-ups with a social and ecological focus. All this contributes to the fact that we remain an attractive country for new settlements.

Mona Neubaur was born in 1977 in Pöttmes, Bavaria. She studied education, psychology and sociology in Düsseldorf, graduating with a diploma in education. From 2003 to 2007 she worked in the alternative energy industry, then until 2014 at the Heinrich Böll Foundation NRW. Since June, the previous state chairwoman of Bündnis 90/Die Grünen has been Minister for Economics, Industry, Climate Protection and Energy and Deputy Prime Minister.