The names are sonorous, the field of riders is top-class, the tour has been extended, and everything else on the Deutschland Tour 2022 is a bit more dazzling and bigger than in previous years. 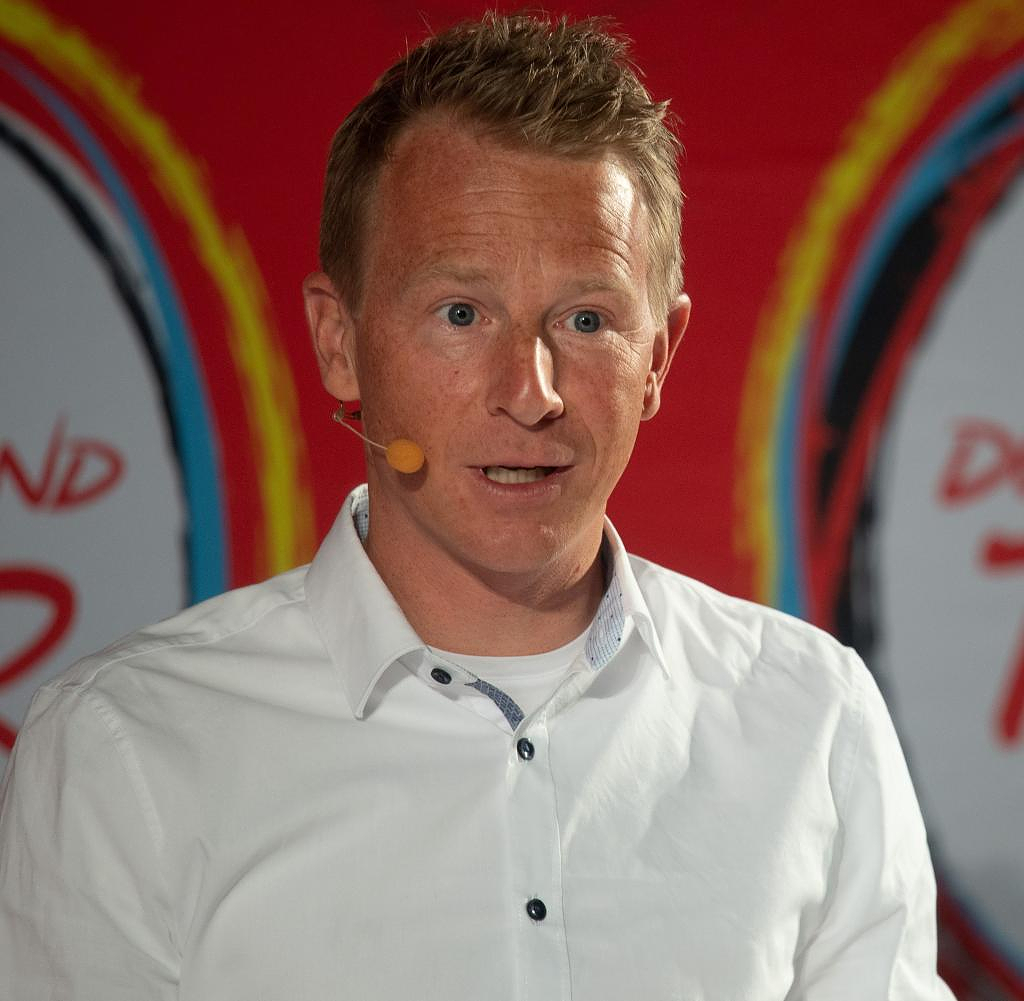 The names are sonorous, the field of riders is top-class, the tour has been extended, and everything else on the Deutschland Tour 2022 is a bit more dazzling and bigger than in previous years. The preparation and organization does not mean more work, as the race director confirms.

After the tour had not existed for ten years after the 2008 edition, pioneering work was initially required in 2018 and 2019 to convince the decision-makers in the sports offices and authorities. "First you had to explain what that means: Yes, of course a route has to be closed in one place, but that's a maximum of 20 minutes, maybe half an hour and not the whole day. You had to explain everything a bit. But it has become easier now,” says Fabian Wegmann.

The man from Münster is one of the most successful German cyclists. In 2004 he was the only German to wear a mountain jersey at the Giro d'Italia. The 42-year-old has been working as a TV expert and race director since retiring. That's what happened in May at the semi-classic Eschborn - Frankfurt and now again at the Deutschland Tour.

In his function, he has noticed the changed interest over the years. After the wedding marked by Team Telekom around the turn of the millennium and as a result of numerous doping revelations, cycling experienced a steep descent. Especially in Germany. In 2006 the Friedensfahrt came to an end, in 2007 the Lower Saxony Tour and the Rhineland-Palatinate Tour were held for the last time, a year later the D-Tour followed, and in 2015 the Bayern Tour. But the valley has now bottomed out.

The state tour, which has been held with a few interruptions since 1911, is a reliable seismograph in this regard. “The first edition in 2018 was very good, and so was the second in 2019. After ten years, you had to explain to people what cycling actually is in Germany. Without Corona and the failure in 2020 it would have gone faster. But now the cities are approaching us again and want to be a stage start or stage destination. And we have a lot of images to work with from the last few years. Many also watch the Tour de France again and ride their bikes themselves. That makes it easier.”

Simon Geschke, who only missed out on winning the ranking of the best climbers on the penultimate stage of the Tour de France four weeks ago, and Emanuel Buchmann, who finished fourth in the Tour of France three years ago, are not only well-known in the official offices developed in a way that German cyclists have not been able to do since the era of Jan Ullrich and Erik Zabel. Both are among the 120 drivers who started the 2.6-kilometer prologue in Weimar on Wednesday.

Despite the Tour of Spain taking place at the same time, there are more international stars in the peloton than ever before. The race will be broadcast in 190 countries, with ARD and ZDF broadcasting live alternately every day. With the sprinter Fabio Jakobsen, the newly crowned European champion in Munich will be there. The Dutchman has had a strong season so far, including a stage win in the Tour de France. The winner of 2019 is perhaps the most exciting personality in the field of drivers: How does Egan Bernal master the 710 kilometers and 11,000 meters in altitude? For the Colombian, the D-Tour is only the second race after his serious fall in January with more than 20 broken bones. Other stars include time trial world champion Filippo Ganna and Frenchman Romain Bardet, who has already been on the podium of the Tour de France twice.

"I'm just a race director. The teams decide for themselves which riders to send to the Deutschland Tour. But of course I'm happy with the compilation. The spectators can be happy," says Wegmann, who can hope for an even greater response to the route and has also noticed changes in his personal environment: "More people than usual have seen the tour, many have in the past few months and Bought a bike for myself years ago. In recent years, none of my friends have been to the Tour de France. This time it was three.”

The Tour of Germany will be sportingly relevant from Thursday, when there are demanding stages through Thuringia and Hesse. The showdown for the overall victory is expected on Saturday at the top of the 1200 meter high Schauinsland in the Black Forest. Anyone who conquers the red jersey of the leader there should keep it after the final stage on Sunday in Stuttgart.

‹ ›
Keywords:
WegmannFabianDeutschlandTourRadrennenGeschkeSimonTour De FranceStuttgartKarriereHessenSchwarzwaldThüringen
Your comment has been forwarded to the administrator for approval.×
Warning! Will constitute a criminal offense, illegal, threatening, offensive, insulting and swearing, derogatory, defamatory, vulgar, pornographic, indecent, personality rights, damaging or similar nature in the nature of all kinds of financial content, legal, criminal and administrative responsibility for the content of the sender member / members are belong.
Related News