The 2022 XCO Spanish Cup will be closed by the David Valero-Baza Grand Prix on June 5. 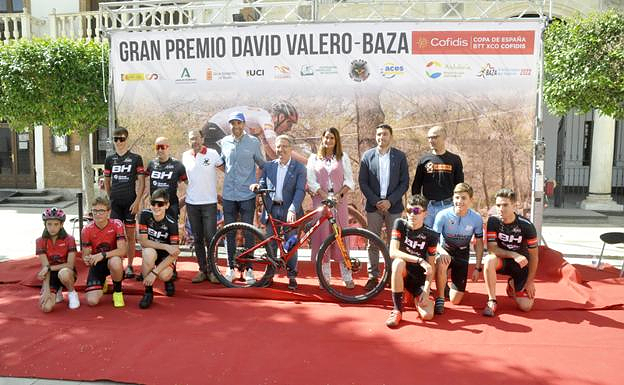 David Valero's hometown will host the 2022 XCO Spanish Cup grand final and the UCI C2 international cycling event. The announcement was made in Baza yesterday at a ceremony that took place in Plaza Mayor in Bastetana. It was attended by Manolo Gavilan, the Mayor of Baza, and David Valero, who is also the Olympic bronze medalist. Also present were Raul Llorente, General Director of Sports Promotion, Healthy Habits and Sports Fabric, Maria de Nova, and Antonio Vallejo, Councilor for Sports, and Jose Luis Arce, a representative from the Esportiu Bike Catalunya Club.

During the presentation, the mayor of Baza, Maria de Nova, and Javier Imbroda, a former Sports Minister from Malaga, reminded each other that when asked for assistance, he only requested that the event be unique to show his support for Project.

The David Valero Gran Prix, one of the most prestigious sporting events in the country, will take place in Baza. It will be the grand final for the 2022 XCO Spanish Cup as well as the UCI C2 international cycling event. This is the first sporting event at this level for the province of Granada. It also marks the beginning of a new trend in Andalusia. The uniqueness and projection that this event makes for Baza are what make it stand out.

"With the European Village of Sport badge in 2022, we knew we had to create an event that was unique. From the beginning, our greatest commitment was mountain biking, of whom David Valero is our flag. Manolo Gavinan was assured. Maria de Nova, for her part, highlights the transversality and return value of this type sport event. She says it is important to understand that David Valero will be the ambassador, not only from Baza but also from Andalusia.

David Valero, for his part, states that it is a great honor to bring his discipline in his city and make him known. He has fulfilled in six years the goal that he had set in the long-term after the opening of the BTT circuit in 2016. >

The event will take place on the 4.5-kilometre Baza BTT circuit. It has short climbs and descends, so there is never any rest. This circuit is permanent and was originally created for David Valero's participation in Rio Olympic Games 2016. It has since been transformed into a top-level sporting space. It is also home to the David Valero School, where 120 students train.

The stunning mountain scenery of Granada is a major draw for Mountain Bike enthusiasts. It is also home to Baza, which has been awarded European Sports Village 2022 by UNESCO. This Geopark of Granada offers mountain biking an infinite number of routes and places of extraordinary value.

‹ ›
Keywords:
GranPremioDavidValerobazaCerraraCopaEspaña2022Junio
Your comment has been forwarded to the administrator for approval.×
Warning! Will constitute a criminal offense, illegal, threatening, offensive, insulting and swearing, derogatory, defamatory, vulgar, pornographic, indecent, personality rights, damaging or similar nature in the nature of all kinds of financial content, legal, criminal and administrative responsibility for the content of the sender member / members are belong.
Related News