That's why socks so often end up in the washing machine

It's a modern-day mystery: When washing, you put a pair of your favorite stockings in the washing machine, one wash later and only one solo stocking is left. 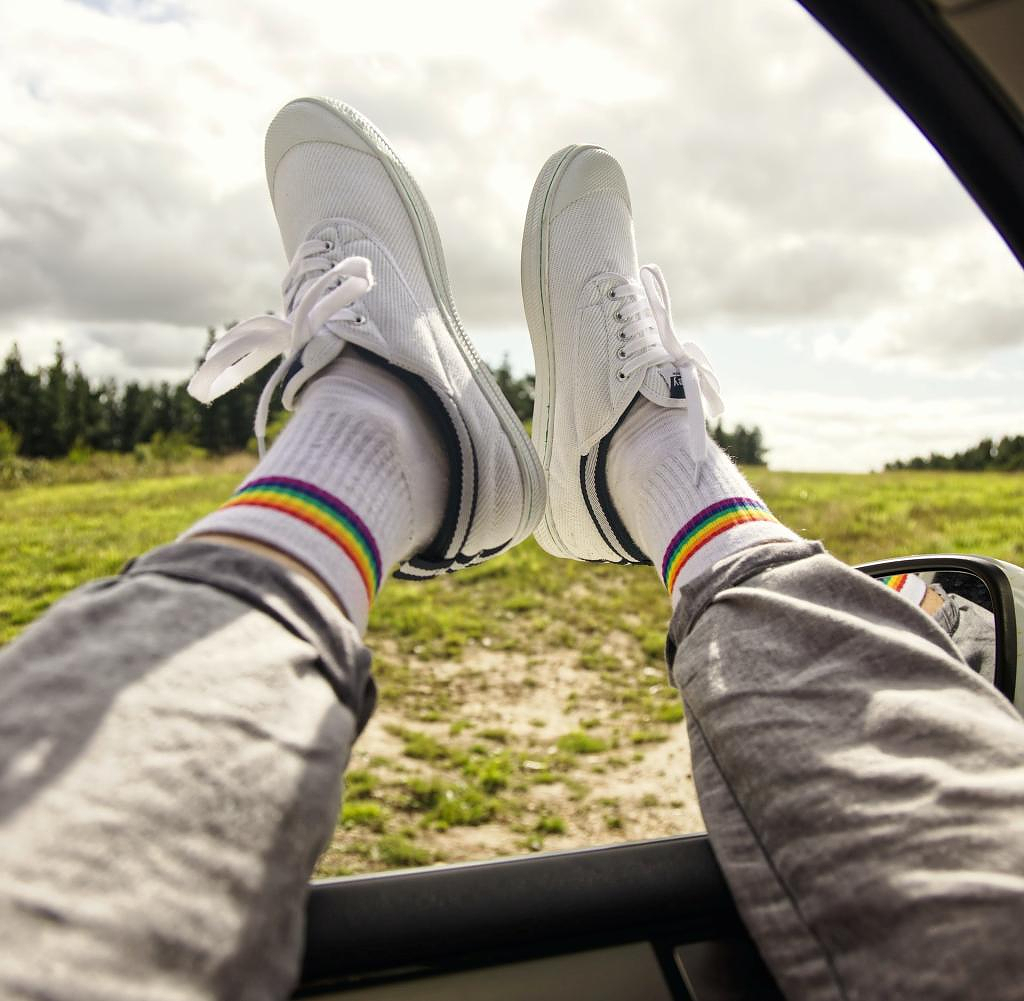 It's a modern-day mystery: When washing, you put a pair of your favorite stockings in the washing machine, one wash later and only one solo stocking is left. The second seems to have disappeared into nirvana - and the hope of finding him again is zero.

Washing machines are, so to speak, the Bermuda triangle for socks and stockings. But why do we so often lose small items of clothing when washing? Before we unravel the mystery, let's establish your sock emergency:

We like to blame our washing machine when we can't find our socks - even if we just misplaced them or forgot them under the bed. In fact, the household appliance likes to swipe a stocking or underpants. The culprit in this case is the so-called bellows, the rubber seal between the laundry drum and the washing machine door.

The seal is designed to prevent liquids from leaking out during the washing process. Unfortunately, that doesn't work against socks. If the washing machine is overloaded or set to a high rotational speed, smaller items of clothing such as panties or stockings can be pushed through the gap between the rubber and the drum. Larger items can also get caught in the slot, but are usually drawn back into the drum by the rest of the laundry.

A swallowed sock then begins its journey through the inside of the washing machine. If it lands on the bottom of the case, it rots away there. Until a mechanic unscrews the machine for an inspection and collects the sock and all the other items of clothing that have disappeared. If the footwear gets to the heating element, it usually gets caught there and dissolves over time.

According to manufacturers, old washing machines are more susceptible to "sock damage" than new models. If you keep losing socks or stockings when washing, you don't have to buy a new machine right away. A new rubber seal between the door and the drum may minimize the problem.

Alternatively, it is advisable to tie stockings and socks together before washing. Or to pack the "endangered" clothes in a laundry bag and put it in the machine. This way you can reduce the risk of only having single socks in your wardrobe.

So we've already sorted out a household issue! But there are so many more - such as these:

Do you have any other household and washing machine tips? Let us know in the comments!

‹ ›
Keywords:
KmpktWaschmaschinenWäscheSockenStrümpfeHaushaltsgeräteModeWaschmaschineSockeStrumpfSchuhe
Your comment has been forwarded to the administrator for approval.×
Warning! Will constitute a criminal offense, illegal, threatening, offensive, insulting and swearing, derogatory, defamatory, vulgar, pornographic, indecent, personality rights, damaging or similar nature in the nature of all kinds of financial content, legal, criminal and administrative responsibility for the content of the sender member / members are belong.
Related News