Repsol and Logista rub shoulders with European shares such as the energy companies Shell and Eni, the gas companies Air Liquide and Linde, the mining company Glencore and those from other sectors, such as Sanofi and Mercedes. 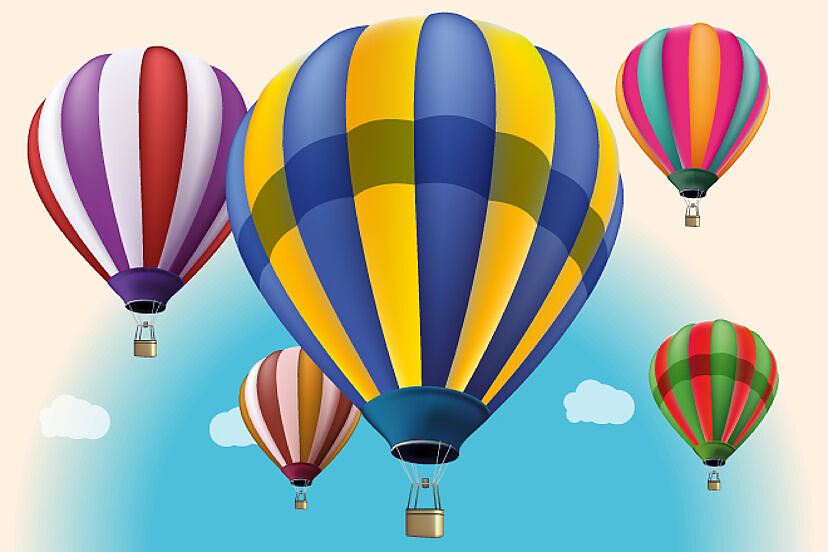 Repsol and Logista rub shoulders with European shares such as the energy companies Shell and Eni, the gas companies Air Liquide and Linde, the mining company Glencore and those from other sectors, such as Sanofi and Mercedes.

Despite the downpour of sales suffered by the stock markets on Friday, there are values ​​in a bullish race that has taken them to all-time highs. Nearly forty Spanish listed companies have marked the year's maximum in the last month and a dozen companies have registered or are on a historical record. Repsol and Logista are among the closest, along with other European companies. In addition, they are in the select group of listed companies that still have the confidence of analysts and reasons to continue climbing.

Among the stocks that have reached unprecedented heights this week, oil and energy companies stand out. Also mining, chemical and pharmaceutical. The good performance of the energy and materials sectors is framed in the context of increases in energy and raw material prices this year. Some of them could hit the brakes as a result of the economic slowdown, but others, such as crude oil, will remain at high levels due to the persistent imbalance between supply and demand, aggravated by the sanctions on Russian oil. In order of those closest to his record, he leads the Repsol ranking.

LRepsol. It is the only value of the Ibex that has set a record in the first bars of June. It has come to exceed 16 euros this week and has scored more than 48% since January. It has an average revaluation potential of more than 6%, up to 16.69 euros, and up to 20.50 for CaixaBank, and an attractive shareholder remuneration that makes nearly 70% of investment firms recommend buying shares. Analysts point out that the oil company presents solid results, driven by its Exploration and Production area. Its high cash flow generation allows it to maintain attractive shareholder remuneration. "The value will continue to be favored by the rise in the price of oil and gas, by its greater diversification and by attractive shareholder remuneration that is sustainable due to the rise in oil and gas prices and a healthy balance sheet," Bankinter commented. Singular highlights the geographical diversification of its crude oil reserves regardless of the geopolitical tensions in Russia and other countries.

L Logistics. The transport and distribution company sounded like a candidate to enter the 35 Club, but at its meeting this week the Ibex Technical Advisory Committee opted for Sacyr and Acciona Energía to replace Almirall and Cie. Logista could have another chance if Siemens Gamesa is delisted from the stock market. It has set a record on June 7 above 18 euros and still has more than 39% additional ahead, up to 24.44 euros, according to the average of analysts. The endorsement is clear, with 92% buying advice. It has a capitalization of more than 2,000 million.

L Shell. It is listed on Euronext and has set a record this week above 28 euros. With the price of oil above 100 dollars per barrel, its high cash flow generation allows it to finance its transition towards more diversified businesses, renewable energies and offer attractive remuneration to shareholders (its return is around 4%). "It benefits from its important gas division," they comment on Singular. More than 80% of the firms advise buying and give it a range of up to about 32 euros.

L Lind. It is the largest industrial gas company in the world and this week it has set a record of 313 euros, the highest level since it debuted on the German Stock Exchange in 2018. But it still has an upward path of more than 16% ahead of it, until 340.81 euros, the consensus target price. Firms like Citi go further and expand the potential above 361 euros. "It is ready for another excellent year of benefits," says JP Morgan, which gives it a range of up to 360 euros. This firm anticipates that the 4,000 million that it allocates to repurchase of shares could be maintained in the coming years given its strong cash generation.

LSanofi. It is in the area of ​​historical maximums, marked at the end of May, and is one of the favorites in the sector for several firms. Its defensive profile stands out, with a broad, diversified portfolio of products that focuses on growth areas such as oncology. In the current context, the value offers protection against inflation and low sensitivity to the cycle, according to Nicolás López, of Singular. Despite rising almost 10% in the year and being at a record, it is trading at a 35% discount compared to the estimated PER for 2022, according to Banco Sabadell analysts. It has an upward trend of close to 18%, up to 115.21 euros, according to the average valuation of the analysts who follow the company.

The results of the first quarter showed solid figures, supported by its countercyclical demand and the good evolution of its main drug Dupixent, to treat atopic dermatitis, which experienced a growth of 46%, comment the bank's analysts. The rest of the divisions also performed favorably, with an improvement of 11.6% in the division that weighed the most: Pharma (76% of sales). Sanofi expects to increase its earnings per share this year in double digits.

L Glencore. He set a record at 541 pence this week and after scoring 37.46% in 2022, he still has an additional 17% ahead of him, until he is close to 600 pence, according to the objective assessment of the analyst consensus. Goldman and Citi set their target beyond 700 pence. "It is the best positioned miner to take advantage of market imperfections," says Divacons AlphaValue, which includes the British company in its model portfolio. He points to Glencore's dominance in key green metals (copper, cobalt and nickel), lack of exposure to or over-reliance on iron ore (unlike most of the big players in the sector), and its ability to differentiate itself through its ability to commercial. Citi this week raised its price target to 700 pence from 550 pence and advises buying on better earnings expectations for 2023 and 2024, while trading at very attractive short-term multiples thanks to a strong market due to its exposure to commodities. cousins. Among its catalysts, Credit Suisse points to Q2 production data (July 29), Q2 results (Aug 4), and potential stimulus in China to offset the impact of the Covid lockdowns.

L Air Liquide. Its uninterrupted record for more than three decades of growing year after year in mid-high digits in sales, profits and dividends is a prior guarantee of credibility towards the gas company's projections, explains Josep Prats, manager of the Abante European Quality fund. Air Liquide is one of the two major global players in the industrial gases sector, with slightly higher growth prospects than the global economy. Although it was initially focused on serving the large iron and steel and chemical industries, in recent decades it has been expanding its activity to the areas of semiconductors, food and health, among others. "It will play a relevant role, with hydrogen, in the energy transition," explains Prats. López, from Singular Bank, agrees with him. "Both Linde and Air quide have businesses with long-term structural growth due to the increasing use of their products and that in the coming years may be driven by the development of new technologies based on hydrogen," he points out. "A larger share of hydrogen pipelines globally and its patent portfolio give Air Liquide an advantage in the fast-growing low-carbon market, which we believe is undervalued," notes Credit Suisse, which sets its target price at 195 euros, above the 164 euros of the consensus. According to their estimates, around a third of the order book corresponds to energy transition.

L Mercedes. It has become a luxury car manufacturer, following the recent split of the former Daimler in two with the IPO of its truck and coach subsidiary Daimler Trucks. The value has recently approached the 70 euros that it set a record this year and has a potential of more than 38% ahead, up to 89.74 euros. It is increasingly focused on vehicles with average sales prices between 50,000 and 100,000 euros. "The improvement in operating margins is very notable and we hope that it can ensure sustained growth in the dividend, which is already very interesting," says Prats (its dividend yield is around 7%). "Premium automakers are weathering the crisis better due to disruptions in supply chains. Their low debt is an important competitive advantage and their attractive valuation is attracting investors who reduce positions in high-growth sectors," adds López. . Its resilience is surprising in a complex context for the sector. Productions fall sharply, but its ability to raise prices without destroying demand translates into a continuous increase in income. This policy is combined with strict cost control and allows you to raise margins.

L Eni. The Italian has set its record above 14.4 euros this week and analysts set their goal 23% above, at 16.29 euros. The company is present both in the natural gas and oil business as well as in electricity, renewables and chemical products. Analysts highlight the strength of its results, which beat expectations after the boost in oil and gas prices. "It is a solid company, with diversified production, a high dividend yield (6.4%) and an increasing weight in the area of ​​renewables, Bankinter commented. In addition, it is going to carry out a share buyback plan with a minimum disbursement of 1,100 million euros that can be increased to a maximum of 2,500 million (10% of the capital), depending on the scenario of the Brent price (above 90 dollars per barrel will make additional repurchases), which is a support for the price, which rises 8.35% in 2022.

L Iberdrola. It set a record at the end of May above 11 euros and offers good prospects. It has a potential close to 16% ahead, up to 11.95 euros. Alantra sets his goal beyond 13 euros. For analysts, it is a winner in the process of greater electrification and rapid decarbonization that the new energy model faces. "We expect good results in 2022 thanks to new capacity in renewables, higher electricity prices, improvement in the marketing margin and due to investments in networks," they point out at Bankinter. Sabadell has it in its highlights for its balanced business, geographical and business, and because it has ambitious and achievable renewable growth potential.