The decision was expected after Prime Minister Andersson communicated this Sunday the support of her party, which heads a minority government alone. 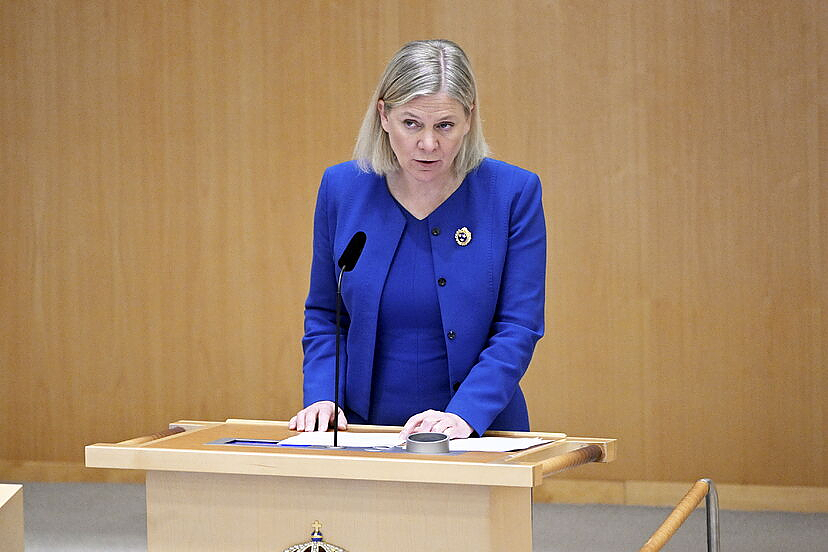 The decision was expected after Prime Minister Andersson communicated this Sunday the support of her party, which heads a minority government alone.

The Swedish prime minister, the social democrat Magdalena Andersson, announced this Monday after an extraordinary meeting of her government and a parliamentary debate that Sweden will formally ask to join NATO, breaking a two-century policy of non-alignment.

"The Swedish government has decided that Sweden should join NATO," Andersson said at a press conference about a decision that has the support of the main Swedish political forces and that he has justified by the worsening of security caused by the war from Ukraine.

The decision was expected after Andersson communicated this Sunday the support of his party, which heads a minority government alone, upon entry, against his political line for decades and half a year after having approved in a general congress to maintain its status as an ally but not a member of the Alliance.

"The best thing for the security of Sweden and the Swedes is to join NATO and do it together with Finland," said the prime minister.

The Swedish ambassador in Brussels will present the application for admission to the NATO headquarters in the Belgian capital "shortly", at the same time as Finland does, Andersson explained.

The Swedish prime minister has referred to the conclusions of the analysis on the new security situation agreed by the majority of Swedish parties to highlight that joining NATO would have a deterrent effect in northern Europe, improve security and reduce the risks , as well as pointing out that there is no other "realistic" option.

"Unfortunately we have no reason to believe that Russia will change in the foreseeable future," he said.

The Swedish Government has also decided to adopt a proposal that will allow Sweden to receive military support from all the countries of the European Union and NATO during the time that the ratification process lasts.

"Sweden will be in a vulnerable situation during the time that our application is processed," he assured.

The Social Democratic Prime Minister was accompanied in her appearance by the leader of the opposition, the conservative Ulf Kristersson, who has assured that both will jointly assume responsibility in the NATO accession process.

Unlike in Finland, in Sweden the decision on applying to join is made by the Government and there is no vote in Parliament, although today there was a debate in the Chamber in which the different political forces showed their position on joining the NATO, which supports a clear majority, also in the population, according to the latest polls.