Subscribed to repeated political crises in recent years, the Nordic country finds itself again in a phase of uncertainty to form a government, with a majority that still looks very narrow. 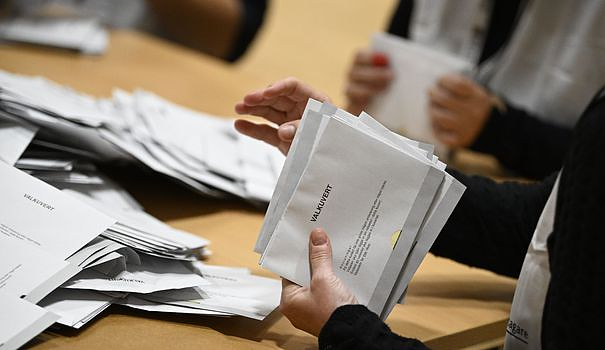 Subscribed to repeated political crises in recent years, the Nordic country finds itself again in a phase of uncertainty to form a government, with a majority that still looks very narrow.

After an evening of incredible results, the electoral authority of the Scandinavian country warned that the final verdict of the ballot should wait for Wednesday, as the scores are tight.

According to the partial results covering nearly 95% of the polling stations, the bloc led by the leader of the conservative party of the Moderates Ulf Kristersson would win an absolute majority of 175 to 176 seats, against 173 to 174 seats for the left bloc of the Outgoing Social Democrat Prime Minister Magdalena Andersson.

If these scores were confirmed, the left would leave power after eight years at the helm.

The big winner of the evening is the nationalist anti-immigration Sweden Democrats (SD) party led by Jimmie Akesson. With a provisional score of 20.7%, it sets a new record and becomes the first right-wing party but also the second party in Sweden.

“It smells damn good,” the 43-year-old party leader told his merging troops at his campaign headquarters, celebrated with chants of “Jimmie, lalalalala”.

While the exit polls and the first preliminary results suggested a narrow victory for the left at the start of the evening, the rights went ahead as the counts progressed and now seem to be on the way to winning.

Based on the votes counted until the middle of the night, the right-wing bloc (SD, Moderates, Christian Democrats and Liberals) would win 49.8% of the vote. The left bloc (Social Democrats, Left Party, Greens and Center Party) would bring together 48.8%. That is about 60,000 votes only behind, for an electorate of 7.8 million people.

The votes of Swedes Abroad and some votes cast in advance have yet to be counted, but political scientists say a reversal of the outcome is unlikely.

"We won't have a final result tonight," declared Prime Minister Magdalena Andersson, who did not throw in the towel with a nice score for her party, beyond 30%.

"Swedish democracy must run its course, all votes must be counted and we will wait for the result," said the 55-year-old incumbent leader, who hoped to secure a third term on the left on Sunday evening.

These elections mark a major turning point: never until these legislative elections had the traditional Swedish right considered to govern with the direct or indirect support of the SD.

Long a pariah, the nationalist and anti-immigration party now finds itself in a position of strength.

"It says a lot about how far we've come, about the small party everyone laughed at (...) today we are Sweden's second largest party," Akesson told his overheated supporters.

"Our ambition is to be in government," he reaffirmed, although it is more likely that the party will be content with supporting the new majority in Parliament.

Entering the chamber for the first time in 2010, with 5.7% of the vote, the SD have continued to progress since then and now exceed 40% in certain municipalities, particularly in the south of the country.

Significant immigration and murderous settling of scores between criminal gangs in the Swedish suburbs have fueled the far-right party in recent years. These themes, along with soaring fuel and electricity prices, dominated the campaign.

Among its major international issues, the next Swedish government must in particular finalize the country's historic candidacy for NATO, threatened with a Turkish veto. And take over the rotating presidency of the European Union on January 1.

One more puzzle? Although they have given up asking for Sweden's exit from the EU, the SDs remain fiercely Eurosceptic.