Susana Diaz after the PSOE disaster in Andalusia: My party and my land hurt a lot.

Susana Diaz (ex-president of the Junta de Andalucia) expressed her sorrow Monday over the results of the PSOE's Andalusian election. 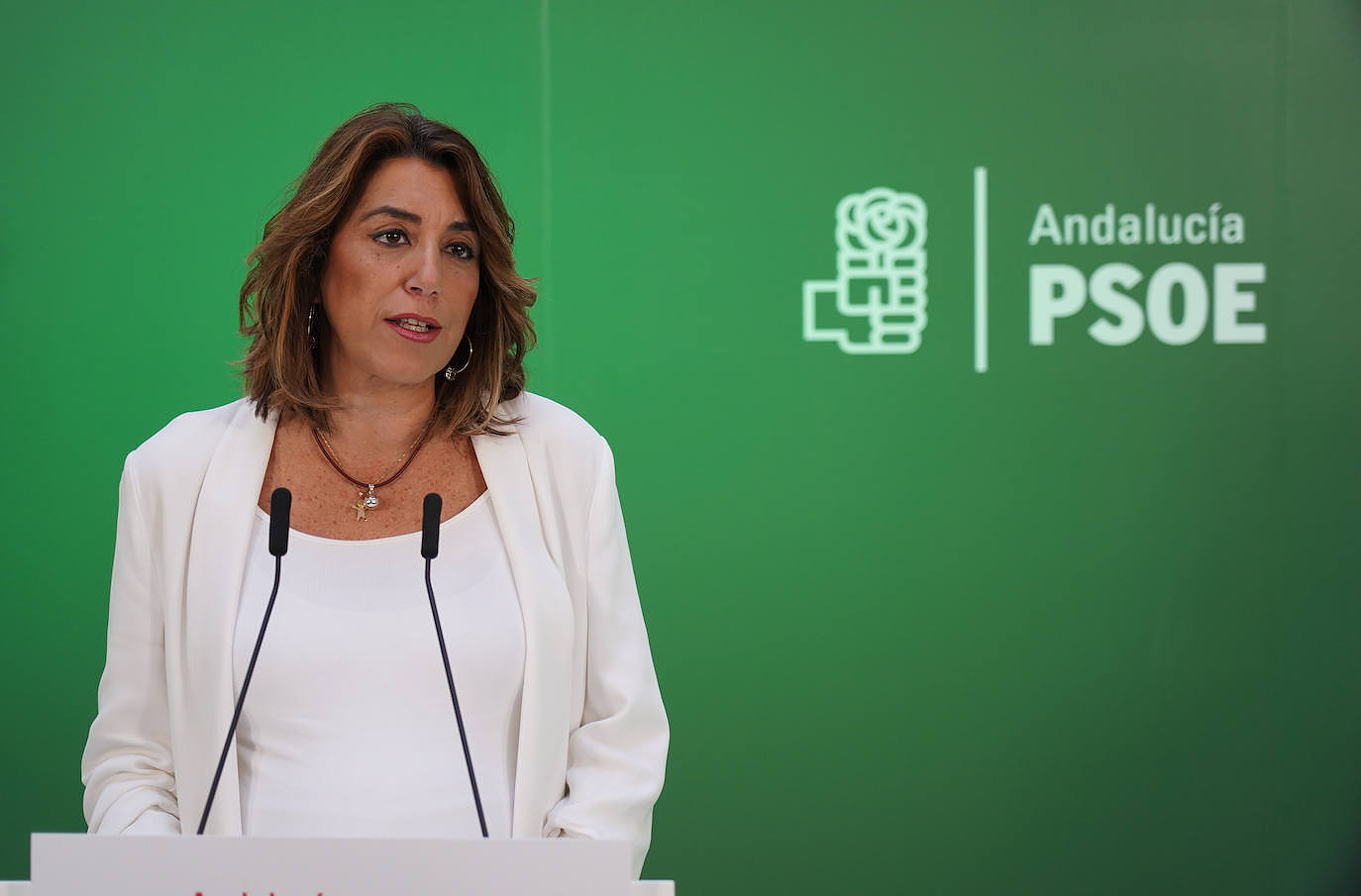 Susana Diaz (ex-president of the Junta de Andalucia) expressed her sorrow Monday over the results of the PSOE's Andalusian election.

The socialist senator was very upset at the results of regional elections in Andalusia in which Juanma Moreno, the headliner of the PP, had won an absolute majority.

Diaz, who was the 2018 candidate and added 33 seats to the list, lost the primaries against Juan Espadas, the current secretary general of Andalusian PSOE, and candidate for Presidency of Board. Espadas has deepened fall and has maintained 30 seats.

Diaz declined to answer questions about the party's plans to revive the pulse of its Andalusian fiefdom where it has the worst record in history.

‹ ›
Keywords:
SusanaDiazPSOEAndalucíaElecciones
Your comment has been forwarded to the administrator for approval.×
Warning! Will constitute a criminal offense, illegal, threatening, offensive, insulting and swearing, derogatory, defamatory, vulgar, pornographic, indecent, personality rights, damaging or similar nature in the nature of all kinds of financial content, legal, criminal and administrative responsibility for the content of the sender member / members are belong.
Related News