Storms are sweeping over Germany – festivals and concerts have been cancelled

Storms with hail and heavy rain have swept across parts of Germany. 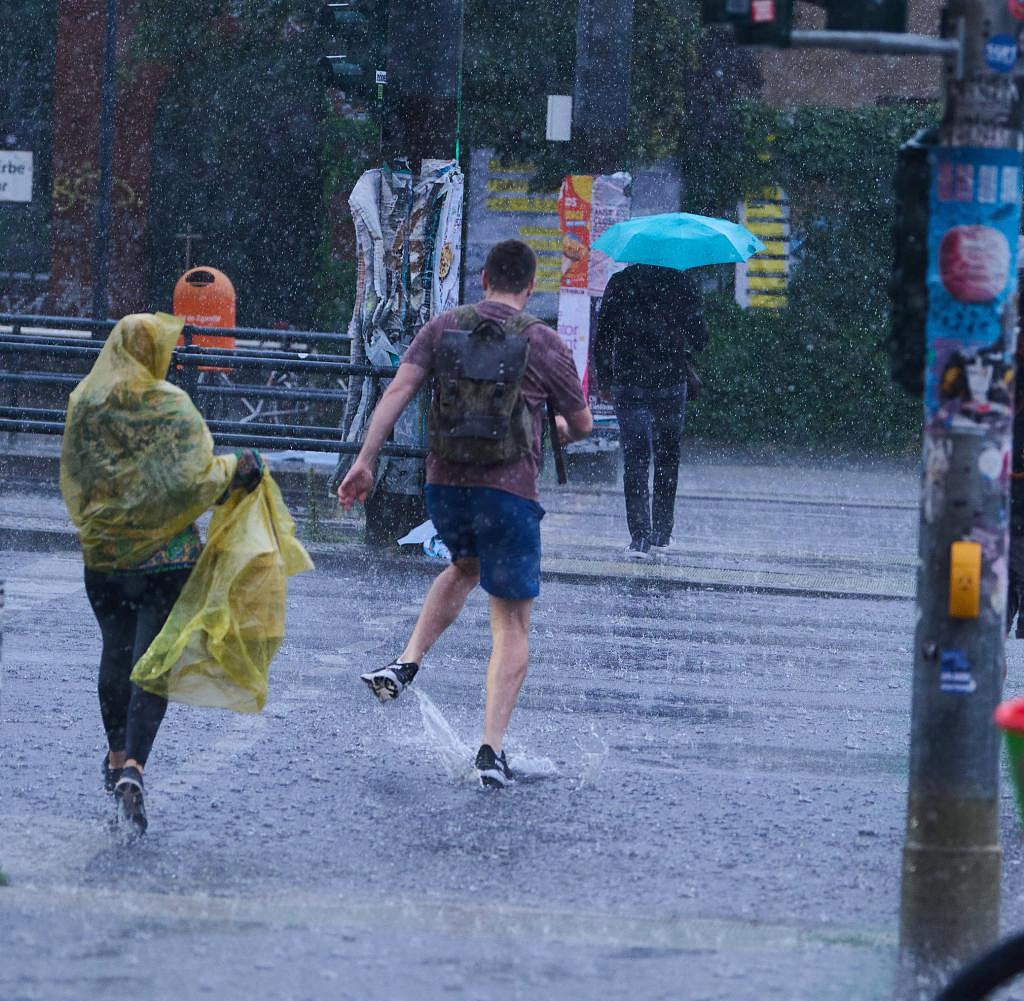 Storms with hail and heavy rain have swept across parts of Germany. The German Weather Service (DWD) warned of extreme storms for several regions on Friday afternoon – warning level four out of four applied. "In the east and in the middle severe thunderstorms with extremely heavy heavy rain and hail (storm)", it said. Except for western Germany, the DWD expected strong thunderstorms and storms. Severe thunderstorms are expected in the northeast, east and south.

Many people may have been happy about the rain after the long drought. But for some he also spoiled the Friday evening program. For example, the Staatsballett Berlin had to postpone a planned boat tour on the Spree because of the storm. And the punk band Die Ärzte canceled a concert at Tempelhofer Feld in Berlin at short notice. "Caution: Due to an approaching storm, we are forced to end the event for safety reasons," the organizers announced on Friday afternoon. Two more concerts are planned for the weekend. "The events on Saturday and Sunday will take place as planned according to the current status."

Federal President Frank-Walter Steinmeier and his wife Elke Büdenbender canceled their festival in the park of Bellevue Palace to be on the safe side. "The German weather service has announced that there are thunderstorms circling over Berlin," said Steinmeier to his around 1,500 guests who had been invited for their voluntary work. In the coming year they would be invited again one to one, he promised.

At the capital's airport BER, work on the apron was temporarily interrupted for the safety of employees. Handling was restricted for around two hours due to a storm, said an airport spokesman on Friday afternoon. After that, the work was resumed. However, further delays in air traffic due to the disrupted processes are to be expected.

Due to heavy rain, numerous streets, cellars and underground car parks in Pinneberg in Schleswig-Holstein ran full of water on Friday morning. From around 11:00 a.m., the Pinneberg fire brigade raised the alarm to deal with the many operations during the storm, according to a fire brigade spokesman. According to the information, fire brigades from surrounding communities also had to come to the aid of the 130 affected cellars and streets.

While it rained heavily in parts of Germany, the west in particular was spared. “However, the country-wide land rain does not materialize! On the contrary, while it's pouring rain in one place, it stays completely dry in the neighboring town," said DWD meteorologist Marcel Schmid. There is also a risk of increased storm potential in the south and east on Saturday. Then around 50 liters per square meter can fall locally in a short time. "This corresponds in part to half a month's total or more than has fallen in the whole of August," said Schmid. In the west and northwest, the sun always comes into play. According to the forecasts, however, nowhere more than 30 degrees will be reached.

For Sunday, individual showers and thunderstorms, sometimes with heavy rain, are again forecast for the south. In the north-east there may be showery rain at first. Otherwise, the sky is loosely cloudy, especially in the south-west, according to the DWD, it will remain sunny and dry for longer. The maximum values ​​are between 20 and 28 degrees.

‹ ›
Keywords:
NewsteamGewitterDWD (Deutscher Wetterdienst)MusikUnwetterTempelhofer FeldStarkregen
Your comment has been forwarded to the administrator for approval.×
Warning! Will constitute a criminal offense, illegal, threatening, offensive, insulting and swearing, derogatory, defamatory, vulgar, pornographic, indecent, personality rights, damaging or similar nature in the nature of all kinds of financial content, legal, criminal and administrative responsibility for the content of the sender member / members are belong.
Related News