Spiriman was convicted by the Supreme Court for insulting Susana Diaz via social media. 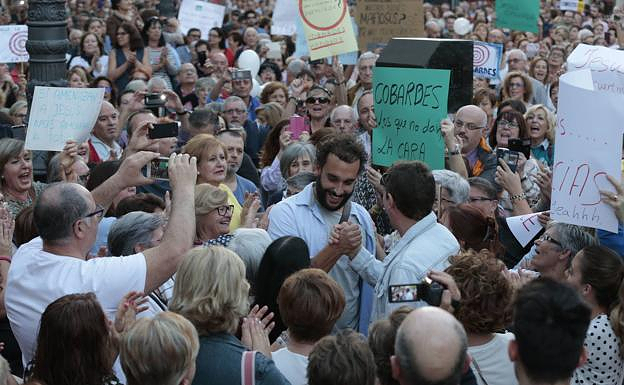 The Supreme Court Criminal Chamber has approved Dr. Jesus Candel's sentence to pay 6,480 euro in fine for two crimes of libel and publicity to Susana Diaz, former president of the Junta de Andalucia and Martin Blanco, former Deputy Minister of Health, for the comments made against them on YouTube, Facebook, and Twitter.

Accordingly, the Chamber dismisses the appeal by the convicted against the judgement of the Provincial Court of Granada. This judgment, similar to that issued by the Criminal Court 6 of this same city, imposed a sentence of 12 months of imprisonment at a rate of 9 euro per day (or 3,240 euros in total for each crime) as well as compensation of 5,000 Euros to the former president, and vice-counselor. He also ordered that the videos be removed from YouTube and Facebook, as well as the social media networks Twitter and Facebook, after the sentence was completed.

The court finds that the defense has erred in arguing that the animus injuriandi (intent to cause an assault on another's dignity), has not been proved. It also argues that the expressions upon which the conviction is based were taken out of context.

The Chamber finds that the appellant's expressions in the videos posted to social media by the appellant are "as much the defense attempts to degrade their value by emphasizing the vindictive aspect, they do not have any protection in the legal exercise of freedom expression." as stated in the sentence. Europa Press had access to it.

Manuel Marchena, president of Second Chamber, said that the essence of the crime libel was not in the words, but in the intent of the speaker. This is the only way to explain how, when defining the limits for the typicity crime punishable in article 208 of CP, the same expression could be interpreted in a particular context as a colloquial interjection outside the walls criminal law, and that the same word, already in another setting, can be valued to be the sharp instrument to laminate honorability of a 'third party'.

This idea, as the Chamber points out, allows the Chamber to reject a large portion of the defense arguments that underline how innocuous the expressions used.

They also stated that the messages were intended to "erode the honorability" of complainants if they are used together with other words frequently used by the defendants. He concludes that none of these epithets can be protected by the constitution text in the context they were used.

The court explains that our system of freedoms does not provide protection for expressions like those used by the accused, provided they are used in the correct context. In fact, the Chamber must weigh between the right of honoring the complainants and that of spreading a critical, bitter, or even hurtful message to public officials who have received these imprecations. We grant precedence to the first one. He adds that there is a conflict.

Candel claimed that the words he used in videos broadcast via social media "coarsely, vulgarly" were intended to criticize "health management", and "never one person."

Susana Diaz, a videoconference witness, said the opposite. She described the pain her family felt over months, despite the fact that she didn't know where it was going and she was "very offended" for not knowing.

‹ ›
Keywords:
SupremoConfirmaCondenaSpirimanInjuriasRedesSocialesSusanaDiaz
Your comment has been forwarded to the administrator for approval.×
Warning! Will constitute a criminal offense, illegal, threatening, offensive, insulting and swearing, derogatory, defamatory, vulgar, pornographic, indecent, personality rights, damaging or similar nature in the nature of all kinds of financial content, legal, criminal and administrative responsibility for the content of the sender member / members are belong.
Related News