There is just enough space in the small chapel in the Lauheide forest cemetery east of Münster. 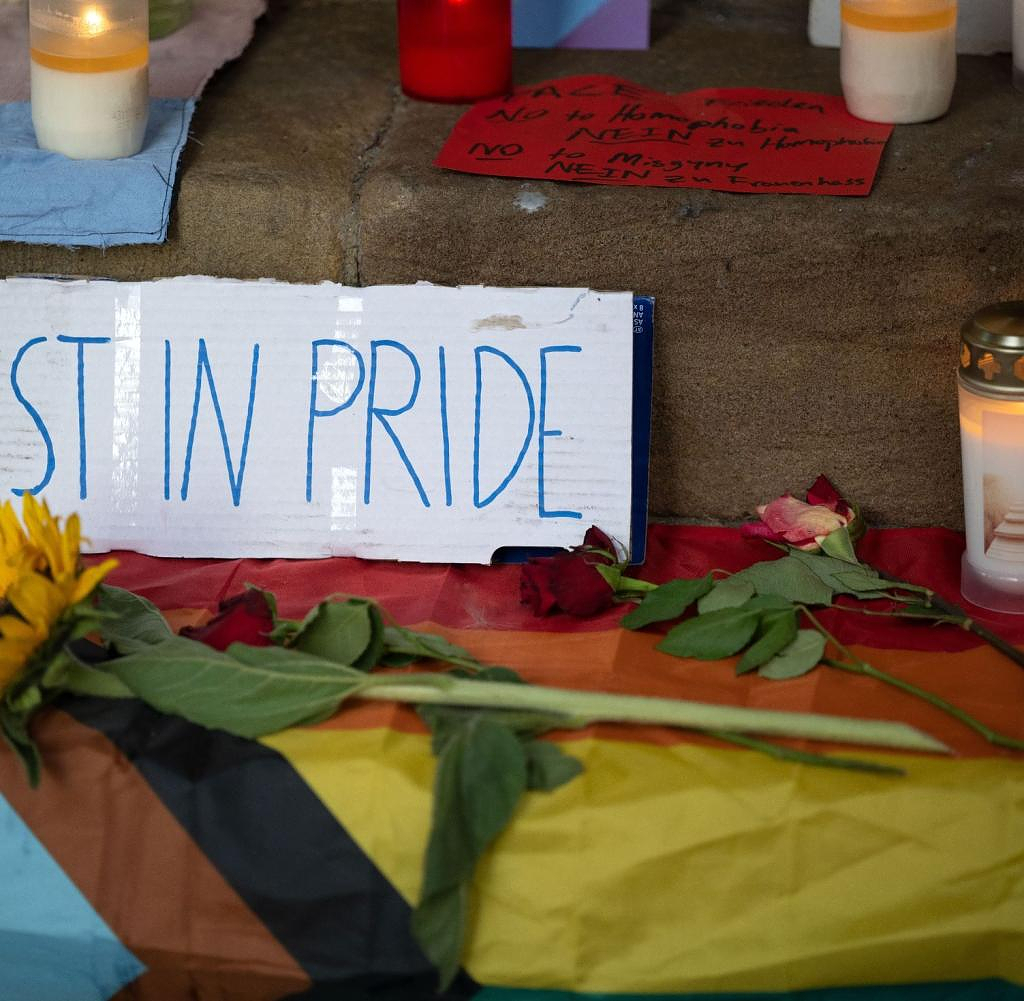 There is just enough space in the small chapel in the Lauheide forest cemetery east of Münster. Several hundred came. The sound of the funeral service for Malte C., who was killed on Christopher Street Day at the end of August, is also broadcast outside. There are still a handful of people in front of the door. Some later go to the urn grave and want to lay flowers. Where there is already a wreath from the federal government's queer commissioner.

The death of the transman Malte C. had caused nationwide horror about five weeks ago. The 25-year-old showed civil courage at Christopher Street Day in Münster on August 27 - and was fatally injured in an attack. He had previously asked a 20-year-old to stop insulting two women with the slogans "lesbian whore" or "piss off" in a queer manner. The man then struck with his fist and seriously injured Malte C. After falling on the back of his head, the 25-year-old died in hospital a few days later.

The suspect had fled and was later discovered and arrested by a homicide detective at the main station in Münster. He is currently in custody and has not commented on the allegations. He is being investigated for assault resulting in death. The man is known to the police and has already been convicted of multiple bodily harm.

The clubs and groups from the queer community in Münster, which organized the funeral service, had expected almost 1,000 mourners on Tuesday. In the end, however, far fewer people had gathered in the cemetery. Malte C. had previously been buried at a non-public funeral on Tuesday.

On the day of the funeral, numerous authorities across Germany hoisted rainbow flags on public buildings and business people as a sign of solidarity, responding to a call from numerous associations, parishes and initiatives from Münster. Münster's police chief Alexandra Dorndorf showed up on Twitter with a rainbow flag in a circle of police officers.

In Düsseldorf, the NRW Family Ministry had joined. The Brandenburg Ministry of Social Affairs in Potsdam also hoisted the rainbow flag.

The Münster district government hoisted the “Pride” flag as a mourning flag and paid tribute to the dead in a Twitter entry with the words: “Malte C. succumbed to his serious injuries after a violent attack after fighting to an unprecedented extent for the rights of the

‹ ›
Keywords:
NewsteamChristopher Street DayMünsterQueer Und QueernessTwitterKrimiWaldfriedhof Lauheide
Your comment has been forwarded to the administrator for approval.×
Warning! Will constitute a criminal offense, illegal, threatening, offensive, insulting and swearing, derogatory, defamatory, vulgar, pornographic, indecent, personality rights, damaging or similar nature in the nature of all kinds of financial content, legal, criminal and administrative responsibility for the content of the sender member / members are belong.
Related News