In the winter of 1941, Winston Churchill traveled to Washington. 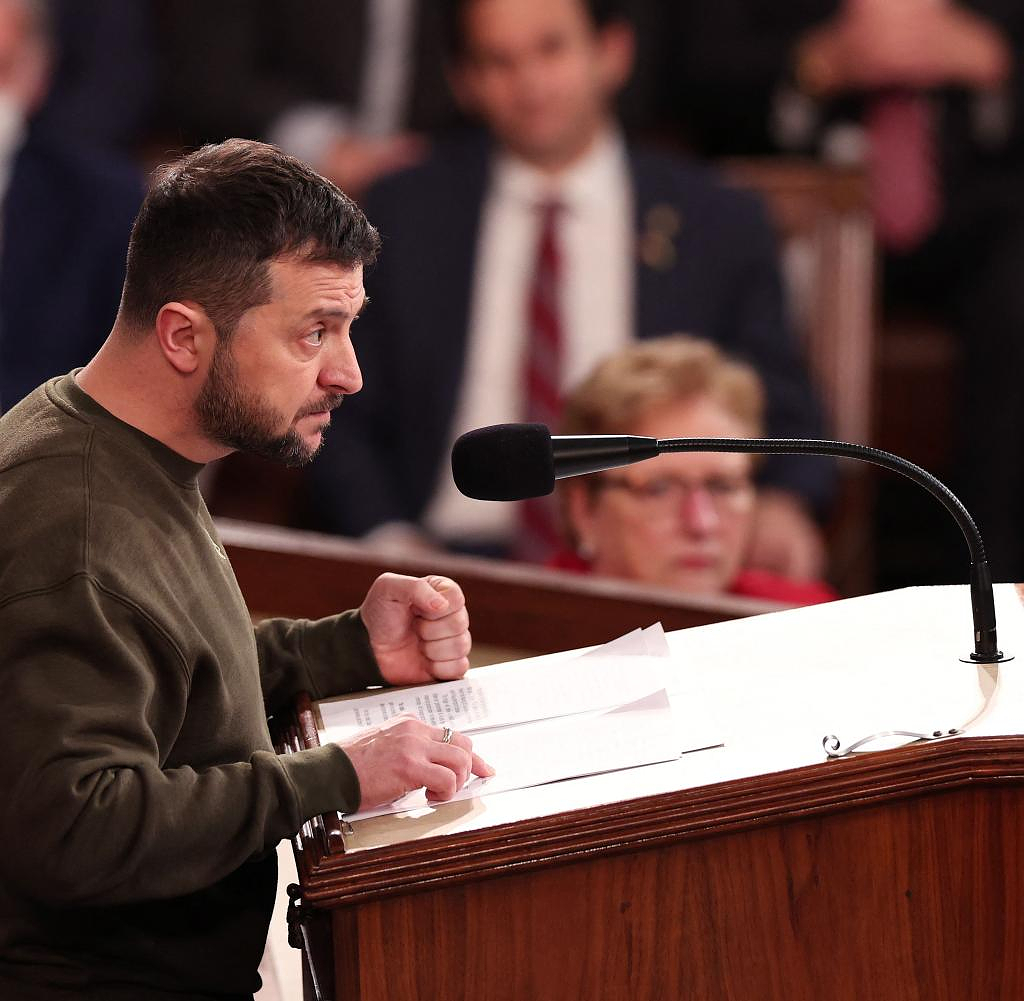 In the winter of 1941, Winston Churchill traveled to Washington. It was not a safe journey; the German Luftwaffe was not lazy, and American warships bringing arms to Britain were sunk by German U-boats. Churchill arrived in Washington on December 26, in the British tradition of 'Boxing Day', when people visit each other and bring gifts.

It was bitterly cold. The British Prime Minister addressed both houses of Congress, i.e. the House of Representatives and the Senate. Of course, a certain reputation preceded him: everyone knew that the fat man with the bulldog face had a sense of humor but knew no compromises when it came to the real and the canned.

Churchill spoke at a peculiar moment in world history. The British had been at war for two years and had been under German bombardment for nine months—but for Americans, World War II was only three weeks old. The shock of the attack on Pearl Harbor on December 6 was still fresh in their bones. At the same time, there were also people in Congress who, until just a moment ago, had vehemently opposed the United States going to war.

Churchill's audience included a certain Burton K. Wheeler, a Montana senator who did not hide his sympathies for fascism. However, to say that Churchill's speech was a success would be a gross understatement. His determination swept Congress and the American people (who could hear the speech on the radio). Churchill's message was very simple: we stand together in this struggle. Either we win against the Germans or civilization perishes.

Not only was it difficult, it was absolutely impossible not to think of Churchill as Volodymyr Zelenskyy spoke to the American Congress in Washington. Again it was a bitterly cold winter, again it was Christmas, again the journey was dangerous, again the state guest from abroad represented a country that is being bombed by an enemy who is challenging the entire European peace order.

Volodymyr Zelenskyj is also comparable to Churchill in that before this war he was not given much credit - and because he embodies a type. Churchill, that was bowler hats, striped trousers and cigars. Selenskyj, that's the olive-green pullover or T-shirt in which he walks around without a jacket: the man has no time for a suit and tie, he lives in an air-raid shelter. He also makes you think of Mosche Dayan, the Israeli general with the eye patch.

Like all those mentioned, Selenskyj has no time for pleasantries, he always and immediately gets down to business. Before he flew to Washington - a top-secret operation in which the American Air Force played an important role - he had been to Bakhmut in the Donbass and had made a death-defying visit to the fighting troops there. The hand that greeted Joe Biden in America had just shook hands with soldiers under Russian fire.

Zelenskyi's speech, delivered in English with a thick Ukrainian accent, shows that he — or the person who wrote him this speech — understands the American soul quite well. His message was as simple as Winston Churchill's: We thank the American people for their help, and we need more of it, by the way. We need more Patriot missiles, we need more artillery and ammunition, we want tanks and planes.

Because the war has entered a new phase. Not only did Ukraine manage to repel Russian attacks, the tide of war turned decidedly in its favor. But without tanks and its own air force, it could be an awfully long time before Ukraine manages to route the Russians on all fronts.

What was particularly well received in Congress (and probably also appreciated by the American public) was Zelensky's appeal to rough individualism. We don't need American soldiers to fight for us, he said, we can fight quite well alone—but we need the necessary weapons to do so. And: The money you give us is not a gift, but an investment in our common and European future. We will deal with it responsibly.

Selenskyj's two references to American history were also very effective: he recalled Saratoga, the city in northern New York State, where in October 1777 the Briton John Burgoyne laid down his arms before the American General Horatio Gates - a turning point in the American War of Independence. Bakhmut in Donbass is our Saratoga, Zelenskyy said. He also recalled the Ardennes offensive, in which the Wehrmacht achieved great success just in time for Christmas 1944 - and was then defeated by the Americans in a tough fight.

By the way, perhaps the rhetorical highlight of Volodymyr Zelenskyy's speech was his description of Christmas, which Ukrainians will be celebrating in a few days: in the bunker and by candlelight, not for romantic reasons, but because the electricity went out because the Russians bombed the power plant. And all Ukrainians, said the President, will wish for the same thing for Christmas: victory.

Churchill had made the victory sign for which he was famous—the outstretched index and middle finger—before the American Congress in 1941, causing a storm of enthusiasm. Zelenskyj achieved the same with this passage.

Volodymyr Zelenskyy's speech ended with a patriotic gesture: he handed Kamala Harris, the US Vice President, and Nancy Pelosi, the Speaker of the House, a Ukrainian flag signed by soldiers. The photograph, of the two women holding the flag behind him, may well be featured in all future history books.

Very typical of Zelenskyj was the reaction when Nancy Pelosi retaliated with the American flag that had flown over the Capitol that day. Of course, a human would have been ready to carry her in a ceremony behind His Excellency the President of Ukraine. But he unceremoniously tucked her under his arm. No, no, he said, he could carry the flag by himself. It was a bit like in the Christmas sale: you don't have to wrap the gift for me, I just take it with me. If Winston Churchill watched this scene from Olympus, it can be assumed that he laughed out loud at that moment.

Of course, there was at least one Burton K. Wheeler—an opposition sympathizer—in the audience this time too. After the speech, the camera briefly touched Matt Gaetz, a right-wing congressman from Florida. In a recent speech to conservative Republicans, Gaetz called for the payments to Ukraine to be stopped, along the lines of: what do we do with dealings on another continent?

It should also not be forgotten at this historical moment what the first impeachment trial against Donald Trump was about in 2019: The 45th President had abused his power to stop arms sales to Ukraine - he wanted to blackmail Volodymyr Zelenskyy to give him campaign material against Joe Biden delivery.

Trump has insulted Ukraine throughout his tenure, never considering it anything but "corrupt" —while courting Vladimir Putin from day one. Tucker Carlson's show was broadcast on Fox TV immediately after Selenskyj's speech; he claimed that the left in the United States was using noble patriotic emotion to promote an alliance that was not in America's long-term interest.

The movement that in the 1930s called for Hitler's Germany to be granted and Great Britain to be left to its fate has long since been resurrected under a different name. However, it may have lost importance after this speech. Compared to Volodymyr Zelenskyy, Carlson, Gaetz and Donald Trump seem more like garden gnomes.

‹ ›
Keywords:
SteinHannesSelenskyjWolodymyrRusslandUkraineKrieg (24.2.2022)
Your comment has been forwarded to the administrator for approval.×
Warning! Will constitute a criminal offense, illegal, threatening, offensive, insulting and swearing, derogatory, defamatory, vulgar, pornographic, indecent, personality rights, damaging or similar nature in the nature of all kinds of financial content, legal, criminal and administrative responsibility for the content of the sender member / members are belong.
Related News