Schäuble does not count Merkel among the “great German chancellors”

Former Bundestag President and ex-Finance Minister Wolfgang Schäuble has acknowledged past mistakes in dealing with Russia. 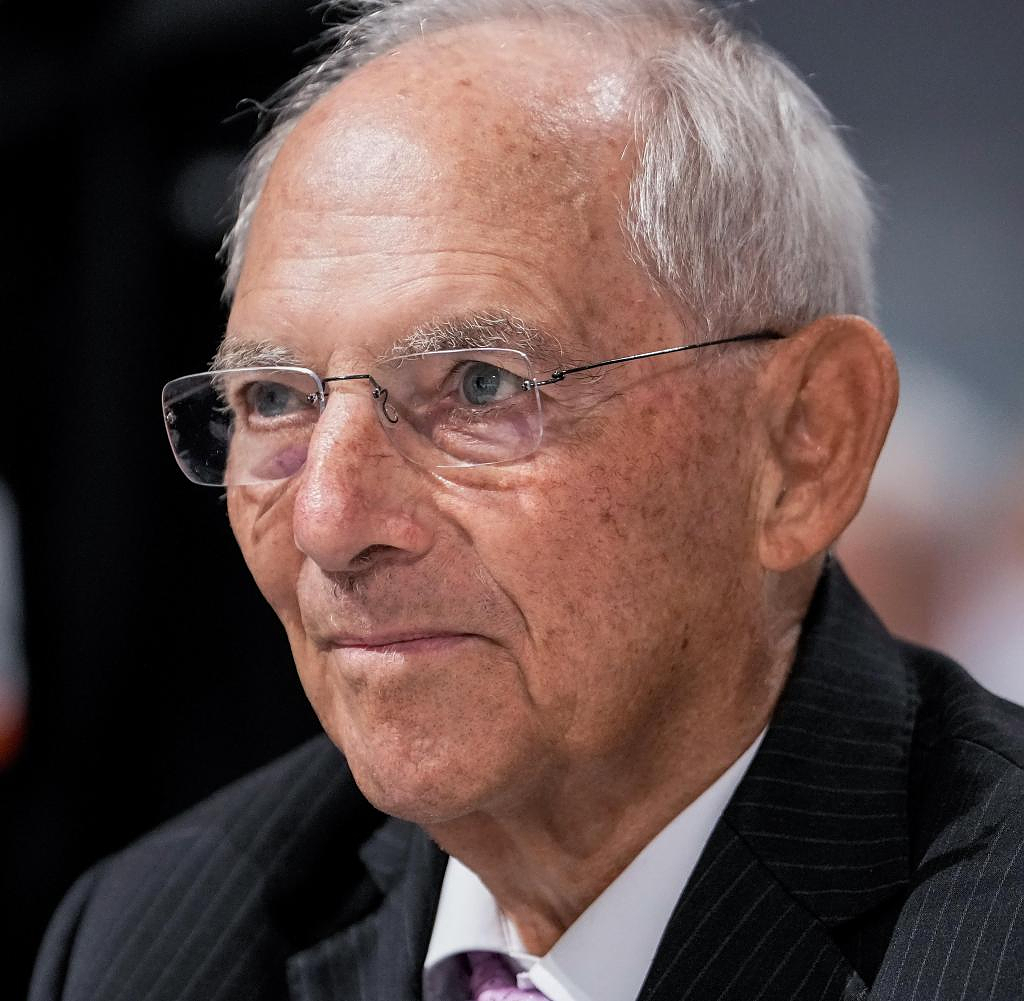 Former Bundestag President and ex-Finance Minister Wolfgang Schäuble has acknowledged past mistakes in dealing with Russia. When asked if he was angry with himself, the CDU politician told the "Handelsblatt": "Of course. We didn't want to see it. That applies to everyone.” During his time as interior minister, he talked to his Russian counterpart about how we could fight Islamist terror together.

"I could have seen what Russia is doing in Chechnya. Or listen to the then Polish President Lech Kaczynski.” After Russia's attack on Georgia, Kaczynski warned: “Georgia comes first, then Ukraine, then Moldova, then the Baltic states and then Poland. He was right," said Schäuble.

In a list of the "great German chancellors" he named Konrad Adenauer, Willy Brandt and Helmut Kohl, but not Angela Merkel. When asked whether this list was complete, Schäuble said: "It has been closed for the time being. Whether Mrs. Merkel will be classified among the great chancellors is perhaps still too early to judge conclusively.”

However, it is noteworthy that "even now, with regard to Russia, she cannot say that we made mistakes," he added, referring to the ex-chancellor. One could have known that Russian President Vladimir Putin would attack Ukraine. "Putin has said publicly that the collapse of the Soviet Union is the greatest catastrophe and that he wants to reverse it," said the ex-finance minister.

For a long time, Schäuble was traded as a possible candidate for Chancellor of the CDU, without ever running. Observers had given him a chance of being able to oust Kohl and later Merkel during the refugee crisis. When asked if he regretted not trying, he replied: "Nonsense! I was always convinced that the CDU should not overthrow its own prime minister."

‹ ›
Keywords:
NewsteamSchäubleWolfgangMerkelAngela
Your comment has been forwarded to the administrator for approval.×
Warning! Will constitute a criminal offense, illegal, threatening, offensive, insulting and swearing, derogatory, defamatory, vulgar, pornographic, indecent, personality rights, damaging or similar nature in the nature of all kinds of financial content, legal, criminal and administrative responsibility for the content of the sender member / members are belong.
Related News