The one nicknamed "Putin's cook" - because his catering company supplied the Kremlin - thus admits what Western powers and the media have been asserting for a long time. 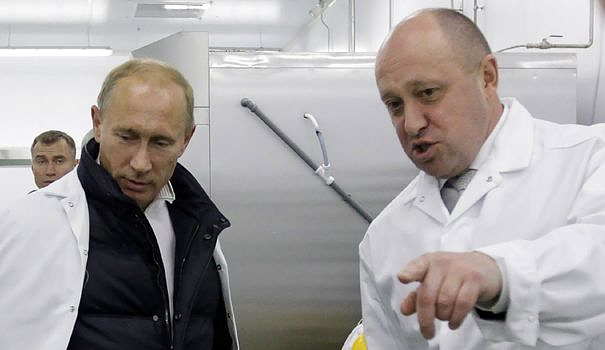 The one nicknamed "Putin's cook" - because his catering company supplied the Kremlin - thus admits what Western powers and the media have been asserting for a long time.

Wagner, whose presence has been documented for eight years in Ukraine, Syria, Libya and even in the Central African Republic and Mali, is perceived by his detractors as Vladimir Putin's shadow army, promoting Russian interests by providing combatants, but also military instructors and advisers.

The Russian president had denied, in October, that the group carried out its base works and served the interests of the Russian state.

Mr Prigozhin's admission comes after a video emerged this month on social media that appeared to show him recruiting prisoners from a Russian penitentiary to fight in Wagner's ranks on the Ukrainian front .

The Russian army is in trouble there, and Vladimir Putin last week ordered a mobilization of hundreds of thousands of reservists to try to regain control.

In a social media post from his company Concord on Monday, Prigozhin said he founded the group to send skilled fighters to Ukraine's Donbass in 2014, where Moscow orchestrated the emergence of an armed separatist movement.

“It was at this time, on May 1, 2014, that a group of patriots was born which took the name of the Wagner Battalion Tactical Group,” he said in this press release.

"And now a confession (...) these guys, heroes, defended the Syrian people, other people of Arab countries, the poor Africans and Latin Americans, they became a pillar of our homeland", a- he still affirmed.

Mr. Prigojine, piercing gaze and shaved head, is at 61 one of the most troubled figures of the Putinian system, sanctioned in particular by the European Union for his role in the Wagner group.

In Russia, he prosecuted the Kremlin's number one opponent, Alexei Navalny, who is now imprisoned.

He is also accused of being behind at least one "troll factory" which participated in the efforts to interfere in the 2016 US presidential election which saw the victory of Donald Trump. Mr. Prigojine was sanctioned by the United States.

If he is in Wagner's finances, the operational controls are, according to Russian media, in the hands of Dmitri Outkin. Little is known about this man in his fifties who would have passed through Russian military intelligence.

In December 2016, he was received at the Kremlin for a ceremony in tribute to the "heroes" of Syria. He is even photographed with President Vladimir Putin.

Wagner's operations are at the heart of numerous scandals, diplomatic tensions and alleged abuses, particularly in Syria and the Central African Republic.

In the Central African Republic, hundreds of men are among the "instructors" of the army, to the point that Paris evokes a "capture of power".

A crisis between Russia and Belarus also shone an unexpected spotlight on the organization in 2020, when Minsk announced the arrest of 33 "mercenaries" from the group.

These men said that they were transiting via Belarus to go to other lands: Venezuela, Libya, Cuba, Turkey, Syria... Embarrassed, Moscow had negotiated their discreet return to Russia.