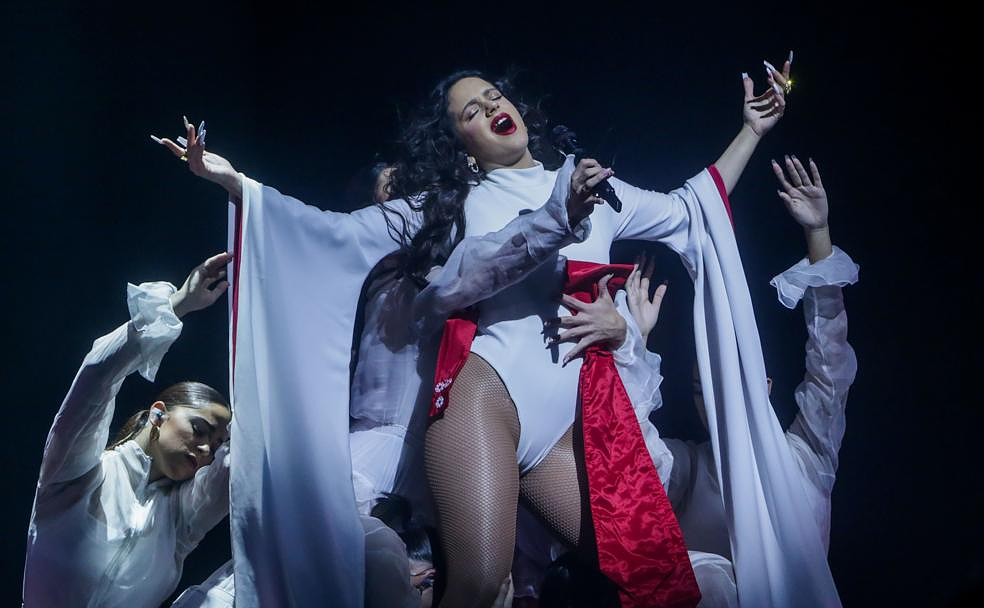 Rosalia's international tour, 'Motomami World Tour,' will begin next Wednesday, July 6. Hotel reservations in Almeria have seen a rise of up to 25% for the day due to the influx in public who will travel to see the first of ten concerts the Barcelonan will perform in Spain, before traveling to 15 other countries.

The assembly of the stage, which will be situated in Almeria fairgrounds with an estimated capacity for 12,000 people outside, began days ago. This was in preparation for the concert, which was announced April 18.

"Since the news that the tour would open in Almeria was announced, we started to experience an increase of reservations," Antonio Aguilar, director of Hotel Avenida, said. He also acknowledged that in a week when the hotel is "practically full", the concert's impact has been felt "between 20% and 25%."

The most influential international artists have made their presence felt in the city's central hotels. Jose Requena, the director of Torreluz Hotels, has highlighted that there is a peak occupancy of about 15% more than the rest. This means that they are hoping to add last-minute reservations for people who rush to purchase tickets.

These reservations have increased due to the presence of logistical, artistic, and technical teams that are linked to the show. They are spread in various accommodations throughout the week. Some chains like Ohtels register over 90 percent occupancy for the first day of the week. Marcos Diaz, director of Gran Hotel Almeria, says that whenever there is any kind of cultural activity in the city, we notice it. However, the effect may not be as strong in low season.

This type of event has been valued by the sector because it contributes to improving the summer's employment data.

This is a more uncommon situation among hotels located far from the centre and in the El Toyo region. Occupancies are generally high in general terms, and don't vary depending on presence of the singer. Guests, unlike other establishments have not connected their stay to the Motomami World Tour, as some establishments like the Hotel Cabo de Gata Garden or the Hotel Barcelo Cabo de Gata confirm.

Although the concert is a major benefit to the hospitality sector, the Association of Hoteliers of Almeria is not aware of its potential impact on the number of customers at bars and restaurants. We expect an increase in sales due to the hotel rooms in the central areas of the city.

Taxi drivers see this as an opportunity to increase their business, since they know that the event brings in a significant number of customers. Juan Antonio Egea, president of Taxi Almeria, explains that while many people choose to take the bus, they prefer to use taxis to get back.

The VTC is not a strong competitor in the city, so the major events are organized by the taxi sector. It plans the most intense time slots and adds reinforcements to ensure that 70% of the taxi fleet can activate. The fair will see about 200 taxis in the city.

As the bulk of the teams arrive, the preparations for the show will be intensified. The tour has 46 stops around the globe.

‹ ›
Keywords:
AlmeriaLlegaBoomRosalia
Your comment has been forwarded to the administrator for approval.×
Warning! Will constitute a criminal offense, illegal, threatening, offensive, insulting and swearing, derogatory, defamatory, vulgar, pornographic, indecent, personality rights, damaging or similar nature in the nature of all kinds of financial content, legal, criminal and administrative responsibility for the content of the sender member / members are belong.
Related News