Risks of power cuts: what our European neighbors are planning

In order not to find itself plunged into darkness, the European continent is trying to find solutions. 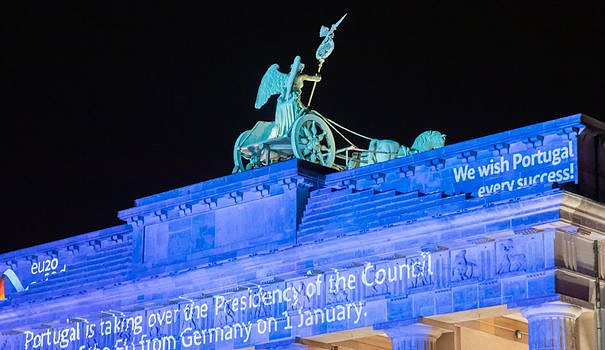 In order not to find itself plunged into darkness, the European continent is trying to find solutions. In France, the public authorities are preparing for possible scheduled and targeted power cuts this winter in the event of an overload of the electricity network if it is very cold. What about our neighbours? Almost all European countries are facing the consequences of soaring energy prices, particularly gas, and their effects on electricity production, particularly since the start of the war and the gradual cut in supplies from Russia.

Throughout Europe, the risk of blackouts is very real this winter and consumers are urged to be sober. If the network is saturated despite the alerts, several countries have planned backup plans. Starting with the United Kingdom, which has unveiled an energy emergency plan which provides for planned cuts for households and businesses in the event of grid saturation. The island is facing cuts in gas imports from the rest of Europe and the worst-case scenario would be a major blackout, across the country for 36 hours. The failure could have serious consequences: off road lights, failure of banking systems... The British radio BBC has prepared emergency messages broadcast on the radio.

In Germany, the watchword is simple: pedagogy. The government agency for civil protection and assistance is responsible for training the population in the event of a power failure. The idea is to learn how to perform basic exercises. For example, trainees should prepare an emergency bag with a flashlight. Another mission: the rapid supply of cash, in response to the fear of an ATM breakdown. In addition to spreading the word to the population, other measures are taken such as lowering the temperature of public swimming pools. Locally, the city of Hannover is offering gym users cold rather than hot showers to help tackle potential energy shortages this winter. An annual festival of light shows in Berlin took place this week, but organizers said they managed to cut electricity consumption by 75% compared to last year.

For its part, Italy is banking on the establishment of an energy curfew. Some establishments could close earlier to limit consumption, stores could draw the curtain at 7 p.m. and bars and nightclubs at 11 p.m. Public offices would be housed in the same boat. On the private side, cuts would be made at certain times. Another measure: the reduction of two degrees in residential heating and public lighting stopped in the street. Operation Thermostat this spring has already led to a number of energy saving measures, including the shutdown of public fountains.

In the Iberian neighbor, temperatures in bars, shops and offices will be limited to 19 degrees. Another provision: shops must also turn off the lighting in the windows from 10 p.m. and all air-conditioned or heated premises must be equipped with an automatic door closing mechanism to avoid wasting energy. At the same time, the government should encourage residents to take public transport, some lines will be available free of charge until the end of the year. In October, the government approved a comprehensive energy saving plan, called "More energy security". It contains 73 measures aimed at reducing natural gas consumption and adopting the right actions.

Further east, Poland could win the prize for the most dissuasive reform. To encourage its inhabitants to energy sobriety, a law of the party in power allows them to obtain frozen tariffs provided that they do not exceed a certain consumption. Otherwise, they will pay full price. In Ireland, the emphasis is on car use, on which the country remains highly dependent. The government asks to maintain tire pressure and drive smoothly to save energy consumption. The executive also encourages the population to opt for one trip per week for walking, cycling or public transport. Dublin even delayed switching on the heating at the Dáil, the Emerald Isle's parliament.

While many European countries are preparing for the worst, Hungary is already penalized by the energy crisis. According to the Telex site, "half the country is paralyzed", specifying that "the theaters of Szolnok, Eger, Sopron and Bekzscsaba will remain closed all winter", just like the Erkel theater in Budapest, "closed since the beginning of November. All levels of Hungarian society are affected. The school holidays of All Saints have been canceled and the Christmas holidays extended, while lowering the heating of schools indicates the site. In some cities, the thermal baths will not reopen until spring. Same for many stadiums.

Finally, there is a country which watches European unrest from afar, it is Belgium. Brussels seems calm since it does not envisage any power cut. Indeed, its nuclear fleet is full and its gas stocks are looking good. The icing on the cake, the electricity consumption of Belgians has shown a solid drop of almost 10% since the start of the year. It is with astonishment that they look at our French EcoWatt which provides information on the voltage of the electrical system. A Belgian journalist in Le Soir even tries to show optimism for her neighbour. "The worst is never certain, the winter may not be too cold and the French can show remarkable sobriety." Fingers crossed.