The Court of Cassation rejected the appeal of the former Syrian vice-president, now 85, making final the prison sentence and the confiscation of property pronounced in Paris at first instance on June 17, 2020, then in call on September 9, 2021. 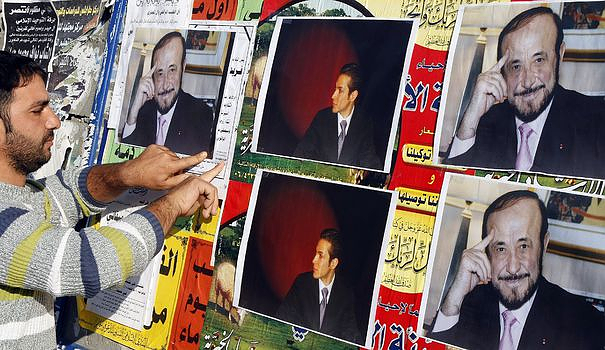 The Court of Cassation rejected the appeal of the former Syrian vice-president, now 85, making final the prison sentence and the confiscation of property pronounced in Paris at first instance on June 17, 2020, then in call on September 9, 2021.

Rifaat al-Assad was convicted of organized gang laundering of Syrian public funds and aggravated tax evasion laundering between 1996 and 2016. He was additionally convicted of concealed domestic work.

The president of the Sherpa association, whose complaint led to the opening of the investigation in 2014, welcomed a "historic decision".

"When we initiated this procedure almost 10 years ago, skepticism, including magistrates, was great. The proof is that more than 30 years after massive embezzlement of public money, their beneficiaries, the launderers, do not are safer", welcomed Me William Bourdon, founding president of the NGO.

"We can only deplore this decision which seems totally unfair and incomprehensible to us", reacted part of the defense team, Me Jacqueline Laffont, Pierre Cornut-Gentille, Benjamin Grundler and Julien Visconti.

"Mr. al-Assad will continue to carry out any action aimed at reestablishing the truth about the perfectly legal origin of his heritage, in particular by seizing the European Court of Human Rights", they declared.

Former pillar of the Damascus regime, Rifaat al-Assad was the head of the elite internal security forces, the Defense Brigades, which notably suppressed in blood an Islamist insurrection in 1982 in the city of Hama. This earned him a nickname, "the butcher of Hama".

In 1984, he left Syria after a failed coup against his brother, Hafez al-Assad, joining Switzerland and then France, where he has since presented himself as an opponent of the regime. In the fall of 2021, the octogenarian returned to Syria after 37 years of exile, announced a pro-government media.

Rifaat al-Assad did not attend his two trials, his defense citing serious health problems. His lawyers maintained that his fortune came from donations from Abdallah, crown prince and then king of Saudi Arabia, and not from the coffers of the Syrian state.

On the contrary, French justice considered that there were sufficient elements to conclude that he had indeed received 300 million dollars from his brother when he left in 1984, within the framework of a "negotiated exile ".

Decorated with the Legion of Honor in France in 1986 for "services rendered", Rifaat al-Assad is threatened with a trial in Spain for much broader suspicions concerning a heritage valued at 600 million euros.

He is also being prosecuted in Switzerland for war crimes committed in the 1980s.

In this case, two mansions, dozens of apartments in the wealthy districts of the capital, an estate with a castle and stud farm, offices and a property in London have, among other things, been seized.

After Wednesday's decision, their value should theoretically be returned to Syria under the new mechanism for returning assets fraudulently acquired by foreign leaders, adopted by parliament in 2021.

Transparency International, which also filed a complaint in 2014, welcomed in a press release "this final condemnation which opens the chapter of restitution to the Syrian population".

This restitution, a major challenge in the current context of the country, could be the first carried out by France, according to the NGO, before that of the property confiscated from Teodorin Obiang.

In the first case of "ill-gotten gains" judged in France, the eldest son of the President of Equatorial Guinea was definitively sentenced in July 2021 to three years in prison suspended and a fine of 30 million euros, for assets estimated at 150 million euros.