The monarch's death has added grist to the mill of republican movements in this region once part of the British Empire, and where calls continue to be heard for the Crown to apologize for its role in the slavery and colonization. 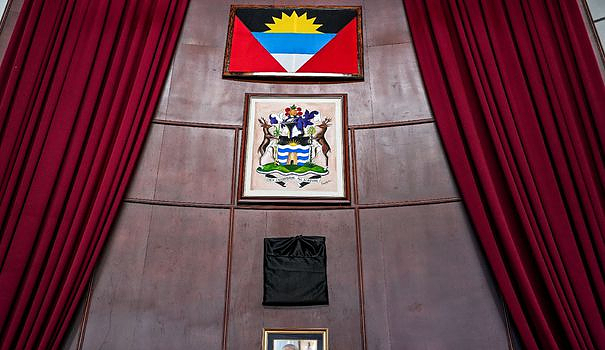 The monarch's death has added grist to the mill of republican movements in this region once part of the British Empire, and where calls continue to be heard for the Crown to apologize for its role in the slavery and colonization.

This idea "has entered normal, common-sense discourse as a wider swath of society grapples with these questions and asks, What has the monarchy ever done for us?" says Kate. Quinn, associate professor of Caribbean history at University College London.

Republicanism was a Caribbean reality before the end of the second Elizabethan era, says Kate Quinn, "but his death and the accession of Charles (to the throne, editor's note) gave additional impetus to the debate".

Antigua and Barbuda became the first country to discuss the idea of ​​a republic after the death of the queen, when its Prime Minister Gaston Brown said in the press that he hoped for a referendum on the question within three years.

His counterpart in the Bahamas, without giving a deadline, indicated that he had a similar project: "For me, it is still on the table (...) I will have to organize a referendum and that the Bahamian people say yes to me", he said the day after Elizabeth II died, according to local newspaper Nassau Guardian.

And Jamaica is also considering "moving the page", as its Prime Minister Andrew Holness told Prince William during his sometimes-criticised Caribbean tour earlier this year.

All follow in the footsteps of Barbados, once called "little England", whose ruling Labor Party last year approved a constitutional amendment stripping the Queen of her status as head of state.

- The example of Barbados -

For the people of Antigua, this example is both inspiring and circumspect.

For him, the Caribbean would be "more united, stronger" if the other kingdoms -- Jamaica, Bahamas, Grenada, Saint Kitts and Nevis, Saint Lucia, Saint Vincent and the Grenadines, Antigua and -Barbuda and Belize -- became republics.

But others wonder if Antigua and Barbuda would take this path if Barbados had not taken it.

"Was this on the agenda before Barbados took the leap? I just feel like it wasn't, so it worries me," said another resident, Reul Samuel.

Prince William's difficult tour in March was followed by a visit by Elizabeth's youngest son, Prince Edward, who had to cancel a stop in Grenada after pro-republican protests.

A poll conducted in Barbados before the regime change showed that with the exception of Prince Harry (41% favorable), the rest of the royal family (Elizabeth II not included) peaked below 20 % popularity rating.

The recent questioning of the role of the British monarchy "must be understood in the wider context of demands for reparations, the absence of an apology from the royal family for the role of the monarchy in the historic crimes of slavery and colonialism and their consequences today", among others, details historian Kate Quinn.

King Charles III denounced the "appalling atrocity" of slavery, "which will forever taint our history".

In Jamaica, William echoed his father, expressing his "deep sorrow" over these "abhorrent" practices. "It should never have happened," he said.

But no formal apology has been made so far.

It seems unlikely that the Queen's death will cause the British Overseas Territories -- the Cayman Islands, the British Virgin Islands, Anguilla, the Turks and Caicos Islands, Montserrat and Bermuda -- to seek independence, according to Kate Quinn.

Either way, the decision "must be made by the people, not the politicians," former Bermuda Prime Minister John Swan, who stepped down as leader of his party after the election, told AFP. overwhelming rejection of independence in a referendum in 1995.