Quatennens case: LFI under pressure from the majority, domino effect towards EELV and Bayou 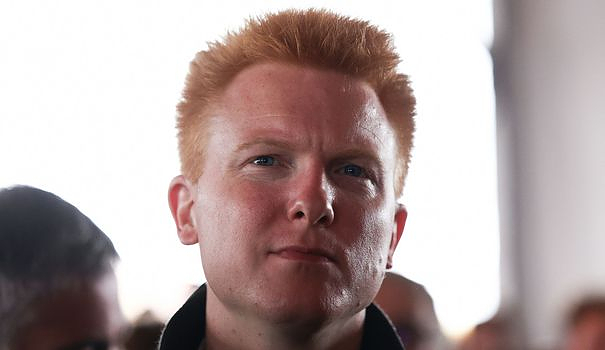 It targeted the reaction, controversial even within La France insoumise, of the ex-presidential candidate to the withdrawal of the coordination of Adrien Quatennens, who confessed to domestic violence on Sunday.

Jean-Luc Mélenchon had denounced in a tweet "police malice, media voyeurism, social networks", welcoming on the other hand the "dignity" and the "courage" of Mr. Quatennens. Before trying to correct the situation in a second tweet: "A slap is unacceptable in any case. Adrien assumes it. It's good".

Before the press at the start of the evening on Tuesday, the president of the Renaissance deputies Aurore Bergé ruled that from the moment Adrien Quatennens "recognized violence", he has "no place in the enclosure of a hemicycle ".

The deputy of Paris Danièle Obono, on BFMTV, indicated that Adrien Quatennens would be "withdrawn from his parliamentary work" but "not banned from the hemicycle".

In a column published in Liberation, 550 feminist activists, some of whom are members of left-wing parties, "demand that he resign from his parliamentary mandate, and that the LFI unit seriously consider all the degrees of sanctions available".

They believe that "the aggressors and perpetrators of violence cannot represent our political struggles".

Summoned to respond to Mr. Mélenchon and the management of LFI, which is suffering its third sex scandal in a year after the Coquerel and Bouhafs cases, rebellious deputies did not hide their discomfort at a press conference on Tuesday morning.

To manage cases of gender-based violence, "we try to put mechanisms in place, it's not perfect," admitted MP Clémentine Autain.

The elected representative of Seine-Saint-Denis, however, felt that it was necessary to recognize the "complexity" of such situations, requiring respect for the presumption of innocence of the respondents, to take into account the difficulty on the "human" level. to deal with the case of "comrades" or even respect for the victims.

Danièle Obono stressed that LFI deputies were going to attend “mandatory” training on gender-based and sexual violence during their parliamentary days on Thursday and Friday.

Clémentine Autain also had a hint of bitterness by asking "the same vigilance, the same relentlessness" vis-à-vis other parties like LREM, which in her eyes was not "hunted in the same way" on the Abad case.

The case had a domino effect among environmentalists. Tuesday evening, after hours of hesitation, the office of the environmental group in the Assembly - with 23 deputies - decided to suspend Julien Bayou from his duties as co-president.

The pressure was becoming too strong, 24 hours after the accusations of "behaviour likely to break the moral health of women" by EELV deputy Sandrine Rousseau, formulated on a television set.

The former primary finalist said she had "received a long time" at her home with a "very depressed" ex-girlfriend of Mr. Bayou. The eco-feminist assured that "they are obviously several" to be concerned by these behaviors, evoking an "ongoing journalistic investigation".

"The environmental group takes women's voices and the subject of violence against women very seriously," the environmentalists said on Tuesday evening. The "withdrawal" of Julien Bayou "is not worth resignation" and was decided "without predicting the conclusions of this affair and to ensure the serenity of the return to parliament", they added.

Cyrielle Châtelain remains the sole president of the environmental group for the time being.

EELV dismissed the idea that its internal cell on sexual violence and harassment, "seized in July 2022 for a report concerning Julien Bayou", is too slow.

The elected EELV Marine Tondelier, who should run for the head of the party in the coming months, explained to AFP: "These people are volunteers and work on matters that are by definition sensitive, which requires time and calm to collect the floor and take the necessary decisions". And Mrs. Tondelier to indicate that if the members of the cell had thought it necessary, "they would have had full latitude to suspend" Julien Bayou from his post of national secretary.

In addition, Marine Tondelier estimated: "This kind of business cannot be settled in the press, including to protect women who speak", but through "an independent cell".

"When they are brought to its attention, EELV will follow the recommendations of the cell", promised the party.