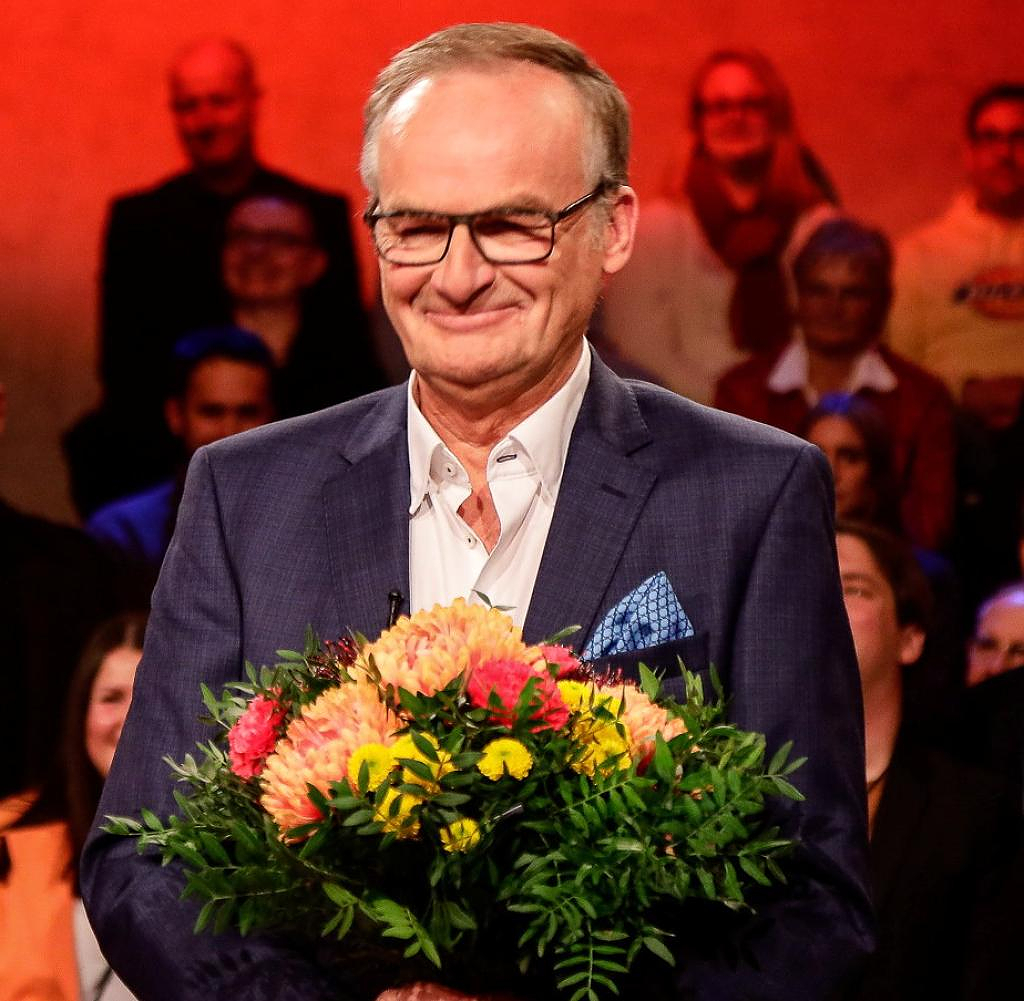 Next Sunday at 5 p.m. German time, the first ball will roll at the World Cup in Qatar. Never before has a tournament been so controversial: slavery, homophobia, dead workers on construction sites - the list of criticism is long. In his last show as moderator of "Hart aber fair", Frank Plasberg therefore asked: "Off to the desert: who is looking forward to the World Cup in Qatar?"

There was no uniform answer in the group. The former manager of Werder Bremen, Willi Lemke, complained about a "big bashing". In times like these, people also need something positive. Federal Interior Minister Nancy Faeser (SPD) defended her talks in Qatar. She still wants to decide whether she will travel to the World Cup.

Former national soccer player Thomas Hitzlsperger was also on the show. The television expert made a film about Qatar. He also met a Nepalese woman whose husband died on a construction site in Qatar. Also in the group were former Bundesliga player Tugba Tekkal and DFB media director Steffen Simon.

Watch World Cup or not? Only at Tekkal will there be no TV for sure. "I'm a footballer through and through. And I'm honest. I just can't reconcile it with my conscience," said the former Bundesliga player.

Hitzlsperger's passion for football is precisely the reason he turns on the television. Paris Saint-Germain or FC Bayern would be sponsored by Qatar. Many English football clubs have ties to Saudi Arabia. "Does that also mean a boycott?" Asked the former national soccer player. "If I'm consistent there, then I really have to stop watching and living football. And I don't want to accept that."

DFB man Simon didn't want to make a recommendation: "Everyone has to decide that for themselves." - "Do you trust the German double standards a bit?" Plasberg interrupted. Instead of an answer, the football official gave only a hesitant grin.

"From tomorrow we will be hearing about football in the newspapers and the media," predicted Lemke. In some cases, the people in Qatar have not been treated fairly so far.

Simon doesn't believe that only sport will dominate from now on. "Football has become much more political," says the DFB media director. Abuses were also denounced during the game.

Faeser agreed. The interior minister has not yet been able to say whether she will go to a game of the German team in Qatar. At the beginning of November, the SPD Minister declared that she wanted to travel to the World Cup. One condition for a trip is to get an appointment on site in order to further address critical issues, Faeser now explained.

At the beginning of the month, Faeser traveled to Qatar with DFB President Bernd Neuendorf. There, the Qatari Prime Minister gave her a "safety guarantee". All fans would be able to travel to Qatar safely. A few days later, the Qatari World Cup ambassador said in a ZDF report about homosexuality: "It's mental damage."

Hitzlsperger, who is gay himself, therefore called the security guarantee "threatened". "I would actually wish that you wouldn't go to this world championship and also support it," Tekkal demanded. "It would just be logical to say: I came here and you lied to my face."

For Faeser, the problems don't end after the World Cup: "It's about accompanying the country afterwards. We have to see if the unions that have been formed there actually exist.”

Hitzlsperger doesn't believe that: "The European Football Championship is in two years in Germany. Unfortunately, very, very few people will be interested in Qatar,” Hitzlsperger is certain. After that, no one was interested in other countries: "It's always been like that and it will be like that again."

Lemke became clearer: "This is a classic case of double standards." It is right to criticize, "but not at the same time begging for gas." According to the high criteria, only about ten percent of all countries worldwide meet the strict requirements, to organize such a major event, the former SPD politician calculated.

Hitzlsperger also sees a problem in this: “Maybe we can scale things down a bit so that more countries can afford it again.” FIFA is currently making such high demands that many countries can hardly afford to meet them financially.

The last quarter of an hour of the show then belonged to the moderator. After more than 22 years with "hard but fair", Plasberg stopped on Monday evening. Louis Klamroth will moderate the show from the beginning of January. The former "n-tv" moderator had already interviewed the chancellor candidates on Pro Sieben last year. Now he is moving to ARD.

At the end of the show on Monday evening, Klamroth left the scene and asked Plasberg: "Frank, you have to give up a bit of control now." Pad can be pressed with which small films can be started at "hard but fair". Plasberg let him do it. After that, Klamroth showed a big farewell film with scenes from Plasberg's "hard but fair" days.

The 65-year-old had declared in the summer that he wanted to give up the moderation of the ARD talk after more than 20 years. He had hosted the show since 2001. The big moment came on Monday – Plasberg said goodbye to his audience. "hard but fair" is now to take a break and be presented by the much younger Klamroth from 2023.

Before Klamroth's short appearance, Plasberg's longtime colleague and "spectator advocate" Brigitte Büscher had already presented selected opinions from the audience on the departure of the long-term host. Some were quite critical. One viewer wrote: "Maybe the new presenter will bring some vibes into the booth."

But many were benevolent. A viewer explained that she "actually only watched because of Mr. Plasberg". The new moderator is following in “big footsteps”. Plasberg greeted Klamroth a little later with the sentence: "Hello Louis, what is your shoe size?"

In the end, Plasberg stood in front of the studio audience and show staff with a large bouquet of flowers, who applauded him. He in turn thanked his colleagues and the spectators. A video wall said "Thank you Frank".

Visibly touched, Plasberg handed over to Caren Miosga on the topics of the day. She thanked Plasberg, "also for not wearing that mustache anymore."

"It's a nice day for me," said Plasberg. A 79-year-old professor gave him advice on how to deal with the following phase of life. It was the advice that his wife had given him: "Always wear light-colored clothes and smell good." Plasberg promised: "I'll do it."

‹ ›
Keywords:
Fußball WM 2022PlasbergFrankNewsteam
Your comment has been forwarded to the administrator for approval.×
Warning! Will constitute a criminal offense, illegal, threatening, offensive, insulting and swearing, derogatory, defamatory, vulgar, pornographic, indecent, personality rights, damaging or similar nature in the nature of all kinds of financial content, legal, criminal and administrative responsibility for the content of the sender member / members are belong.
Related News