Manuel Zamora is the general secretary of PSOE of Mojacar. 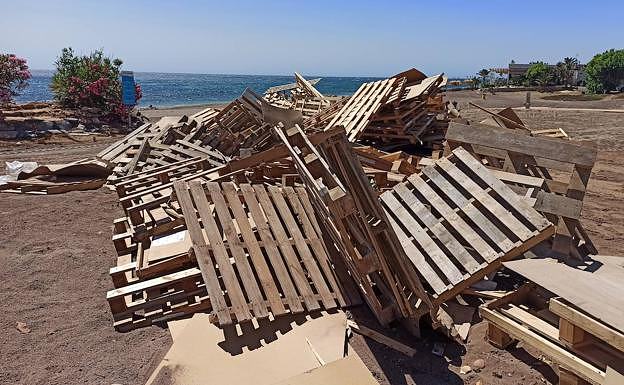 Manuel Zamora is the general secretary of PSOE of Mojacar. He denounces Rosa Maria Cano, mayor of PP, for her actions against workers and tourism companies. Cano has planned a party where everyone will spend their money with bonfires, fireworks, and live music until 3 AM. Zamora says that although the City Council is welcome to participate in the festival, it is strange that they have prohibited individuals from lighting bonfires, which is what makes this night special and unique.

The City Council could make recommendations about the size, length, or type of wood that should be used in bonfires. However, it has only prohibited by Whatsapp and by phone that these fires are not simply made. He is also collecting pallets of nails from Mojacar beaches in order to build his bonfire.

The socialist leader recalled how Mojacar's beach bars have been lighting bonfires on June 23 for years, adding magic and showiness to this night. "This attracts many customers who now choose to go to the bonfire, which is allowed by the PP in the more that eight kilometers of coastline.

She concluded that Rosa Maria Cano, the mayor of Mojacar, has entered the pre-campaign key to next year's municipal election. What she clearly intends is for her actions to be a political act by making these decisions.

‹ ›
Keywords:
PSOECriticaMojacarProhibaFogatasPreparaPalesHoguera
Your comment has been forwarded to the administrator for approval.×
Warning! Will constitute a criminal offense, illegal, threatening, offensive, insulting and swearing, derogatory, defamatory, vulgar, pornographic, indecent, personality rights, damaging or similar nature in the nature of all kinds of financial content, legal, criminal and administrative responsibility for the content of the sender member / members are belong.
Related News