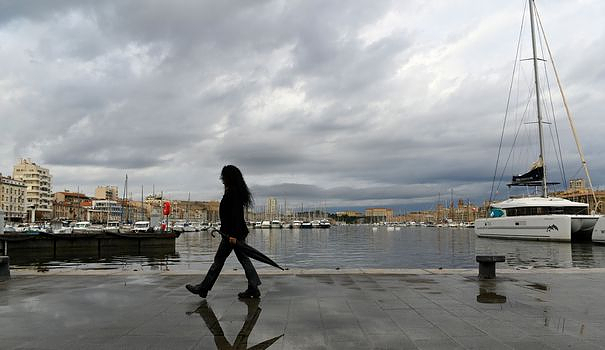 Homeowners have started receiving their property tax notices. And some are not going to be very happy. According to the annual study by the Finances et Stratégies Locales (FSL) firm, large cities and their own tax groups have increased, on average, the rate of property taxes, built and unbuilt, by 1.9% in 2022. "This is the largest increase observed since 2010," notes the firm FSL. "More than a quarter of large cities and their associations have increased their tax rates in 2022," adds FSL.

Among the big cities, Marseille wins the prize for the most significant increase, with 13.1%. Tours, Strasbourg, Nantes and Montreuil also experienced strong increases, respectively of 11.6%, 8.9%, 7.8% and 7.4%. Other municipalities show significant jumps in the rates of this tax calculated from the rental value of the property, to which a 50% reduction is then applied to take into account the costs borne by the owners. The record goes to Mantes-la-Jolie (Yvelines) with an increase of 18.8%. Bagnolet (Seine-Saint-Denis) and Martigues (Bouches-du-Rhône) complete the podium with 15% and 14.2% respectively.

We have to go back to 2016 to find such a high proportion of territories increasing their rate, four years before the municipal elections of 2020. If certain local authorities therefore voted in favor of increasing their tax rate after five years of tax moderation, the evolution of this local tax collected for the benefit of the municipalities and their groups also depends on another factor: the revaluation of the rental bases, voted each year in the budget.

The property tax is indeed calculated on the basis of the cadastral rental value of the property on January 1, 2022. While the rental values ​​of commercial premises were revised in 2018, those relating to housing have not been for nearly 50 years. years, with the exception of an update in 1980 of the values ​​retained since 1974, recalls Les Echos. Since that date, rental values ​​have been updated each year by applying a fixed coefficient, the same for all dwellings regardless of their location, state of repair and local market situation.

Since 2018, this coefficient has been determined based on changes in the harmonized consumer price index (HICP) published by INSEE in November. This new mechanism had been rather favorable to taxpayers in 2021, but, in an inflationary context, the situation is changing this year. The basis for calculating the property tax has thus undergone an unprecedented increase: 3.4%, against 0.2% last year. In summary, the amount to be paid for all owners therefore increases by a minimum of 3.4% in 2022, even if the local authority, municipality or group has not voted to increase the rates.

According to figures from the National Union of Property Owners (UNPI) published on October 19, 2021, property tax had increased by just under 28% on average between 2010 and 2020, i.e. "three times more than inflation or the rents".

The increase was particularly felt in cities such as Nantes (38%) or Villeurbanne (37%) in the Rhône, and more generally in the Ile-de-France departments of Yvelines (76%), Val-d'Oise (37 %) and Essonne (37%), underlined the UNPI in the 15th edition of its national observatory of property taxes on built properties. Angers (56.42%), Amiens (55.87%) and Grenoble (54.67%) have the highest property tax rates in France among major cities, according to the UNPI ranking.

The increase in the property tax is probably not over. As Le Figaro points out, if no action is taken in the 2023 budget, this local tax will explode next year due to the strong revaluation of rental bases. The increase will be between 6% and 7%, warns Jean-René Cazeneuve, Renaissance deputy and general rapporteur of the budget at the National Assembly.