Presidential scandal: commotion at the top of the South African state

President Cyril Ramaphosa "may have committed" violations and faults, concluded in a report published late Wednesday a parliamentary committee responsible for looking into the dark case of burglary which embarrasses the president ahead of a crucial election deadline for his political future. 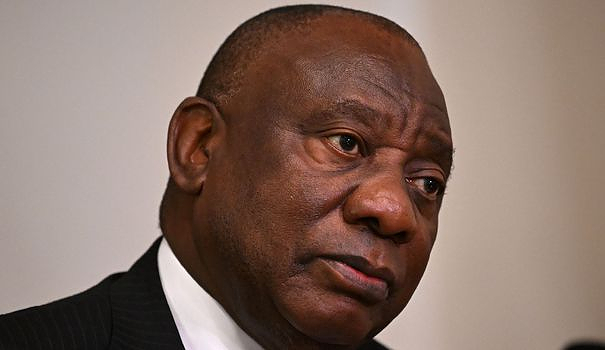 President Cyril Ramaphosa "may have committed" violations and faults, concluded in a report published late Wednesday a parliamentary committee responsible for looking into the dark case of burglary which embarrasses the president ahead of a crucial election deadline for his political future.

The ruling African National Congress (ANC) is meeting in mid-December to appoint its next leader. Whoever emerges victorious will become head of state at the end of the general elections of 2024, if however the ANC, faced with growing disenchantment, wins the ballot.

The day after the publication of the report which clearly stunned the Ramaphosa camp, the all-powerful National Executive Committee (NEC) at the head of the party announced an emergency meeting. According to a senior AFP official, the discussion will unsurprisingly focus on the scandal.

So far, the internal voting procedure seemed to be taking its course quietly. The party's announcement last week of only two candidates running for its presidency had somewhat eased the suspense. Cyril Ramaphosa arriving well ahead of his former Minister of Health, Zweli Mkhize, the road seemed clear.

The president is now suspended from the decision of the Parliament which meets in extraordinary session on Tuesday to consider the recommendations of the report which he is not obliged to follow but which could lead him to start a process for a vote to impeach The head of state.

This procedure, if it were initiated, would however have little chance of succeeding, Cyril Ramaphosa's ANC holding a comfortable majority in Parliament. But the case considerably weakens the head of state, expected on the corruption front that he has sworn to eradicate.

Calls for resignation from both the opposition and members of the ANC have multiplied.

In the wake of the report's release, the presidency immediately called for "careful reading and proper consideration" of the document, "in the interest of the stability of the government and the country."

She promised announcements "in due course" but for now seems to want to keep a low profile. A press briefing which was to "address current issues of interest to the public and the media" on Thursday has been canceled. A session of questions to the speaker in the upper house of the Assembly was quickly postponed.

In recent months, sessions in Parliament have been stormy for Cyril Ramaphosa, vehemently attacked on suspicion of embezzlement.

The case dates back to 2020. In February, burglars broke into one of his luxurious properties. Wads of cash were found under the cushions of a sofa.

The head of state is accused of having preferred not to report the incident to the police or the tax authorities.

Mr Ramaphosa "categorically denies" having done anything wrong. In an official statement to the commission which conveniently leaked the day the parliamentary report was submitted and of which AFP had a copy, he sets out in detail his version of the facts.

According to him, a Sudanese businessman bought buffaloes in his field where he raises game and cattle in the northeast of the country. “He chose those he liked and paid in cash the amount of 580,000 dollars”, explains the president.

The money was hidden "under the cushions of a sofa in a little used room", by an employee who considered this hiding place safer than the safe of the property.

Cyril Ramaphosa is also the subject of a criminal investigation by South Africa's elite police unit, the Hawks.