As French households are beginning to worry about possible power cuts this winter, the Minister of National Education, Pap Ndiaye, has announced news that will not reassure parents of students. 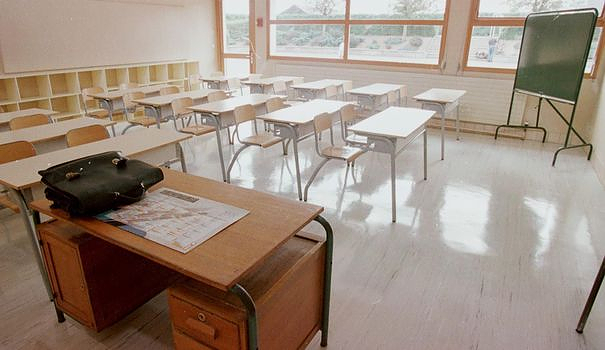 As French households are beginning to worry about possible power cuts this winter, the Minister of National Education, Pap Ndiaye, has announced news that will not reassure parents of students. Schools will not be considered a priority, as are hospitals or police stations, and may therefore be deprived of electricity at certain times of the day. The government said on Thursday that the potential cuts would take place over three separate time slots, 8 a.m. to 10 a.m., 10 a.m. to 1 p.m. or 6 p.m. to 8 p.m. Thus, schools located in lightened areas will remain closed in the morning.

For the school, "the first two slots are the most critical", admitted the minister, who announced that the start of the school year could only take place at the start of the afternoon. “Sheets will be sent to the schools, to be ready”, he indicated, specifying that the children who eat in the canteen will be able to benefit from the usual meal and that the schools located nearby and not affected by the load shedding will welcome “ children of priority personnel".

These announcements sparked amazement, and sometimes anger, from teachers and parents of students. The latter, through the voice of the Federation of Parents' Councils, demanded that "schools be prioritized and not be subject to power cuts". On BFM TV, the spokesperson for the Peep, another federation bringing together parents of students, wondered about the logic of this policy. "During the health crisis, we did everything to keep schools open, and there, the energy crisis would be right for the school?". As for the teachers, they have "the impression of reliving the improvisation and DIY of the Covid period", in the words of Stéphane Crochet, general secretary of the SE-UNSA union. The National Union of High Schools and Colleges says, on its site, "worried about the treatment reserved for schools", considering that the school "is a priority that cannot be discussed".

Faced with this general revolt, the government clarified, this Friday, the details of its plan. And there is nothing to reassure the parents of students, since they will only be warned the day before of a power cut in their children's school, reports Le Parisien. A challenge for parents who cannot telecommute. The Minister also specified that an establishment could not be offloaded twice in a row on the same day, but that it could suffer up to three cuts during the load shedding period. Boarding schools will be spared, and the children of hospital workers, like those of penitentiary centers and internal security, will be accommodated in other neighboring establishments.