Popular, but in danger, the baguette listed as an intangible heritage of humanity 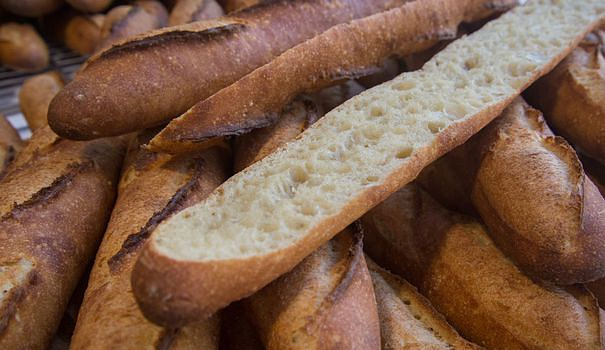 With its crunchy crust and soft crumb, the baguette, which appeared at the beginning of the 20th century in Paris, is today the first bread consumed in the country.

Every day, twelve million French consumers push the door of a bakery and more than six billion baguettes come out of the bakeries each year. Going to buy bread is thus a real social and friendly habit that punctuates their lives.

"In these few centimeters of know-how passed from hand to hand, there is exactly the spirit of French know-how", greeted President Emmanuel Macron, visiting Washington. "It's something inimitable".

"A strong symbolic act" for Audrey Azoulay, director general of Unesco, and "recognition" in the eyes of Dominique Anract, president of the National Confederation of French Bakery and Pastry.

This registration could lead "young people to do this job", he told AFP in Rabat, where Unesco announced its winners.

“It is indeed a kind of consecration”, rejoiced Priscilla Hayertz, baker in Paris, in front of her baguettes just out of the oven. Whether "one is rich, poor, it doesn't matter. Everyone eats baguettes!"

But François Pozzoli, the only baker in Lyon designated Best Worker in France, denounced to AFP "window dressing, while the bakery is going through an unprecedented crisis", because of the increase in the price of raw materials. and electricity. "Artisans love their job, they settle down with loans on their backs and families to feed, they have to be supported".

This recognition is particularly important given the threats to this know-how, such as industrialization and the decline in the number of their businesses, especially in rural communities.

Faced with these disappearances, it "is important to say: here it is, this is a way of life that we hold dear", underlined Audrey Azoulay to AFP. "That's what the public authorities are also saying in carrying this candidacy and what Unesco recognizes".

Constantly evolving, the "traditional" baguette is strictly governed by a 1993 decree, which aims to protect artisan bakers and at the same time imposes very strict requirements on them, such as the ban on additives.

It is also the subject of national competitions, during which the candidates are sliced ​​in length to allow the jury to evaluate the honeycomb and the color of the crumb, "cream" in the ideal.

The competitors work from the same simple products -- flour, yeast, water and salt -- but the baguettes are all different. Each one has its own special touch, for example on the stroke of the blade, the baker's signature.

- Abandoned by the wealthy classes -

And it's easy to miss a wand, even for the most seasoned. It's all about skill.

"We are very dependent on the weather. We must take (into account) the temperature of the pasta, the water, the bakery", told AFP in 2019 the Parisian baker Jean-Yves Boullier.

The word baguette appeared at the beginning of the 20th century and it was only between the two world wars that it became commonplace, underlines Loïc Bienassis, of the European Institute of Food History and Cultures.

"Initially, the baguette was considered a luxury product. The working classes ate rustic breads that kept better. Then consumption became widespread, the countryside was won over by the baguette in the 1960s and 70s," he explains. he told AFP.

From now on, the consumption of the baguette declines especially in the urban wealthy classes, who opt for sourdough breads, according to Mr. Bienassis.