Pope condemns wars in the world without mentioning Ukraine directly

Under the impression of wars and conflicts in the world, Pope Francis opened this year's Christmas celebrations at Christmas mass in St. 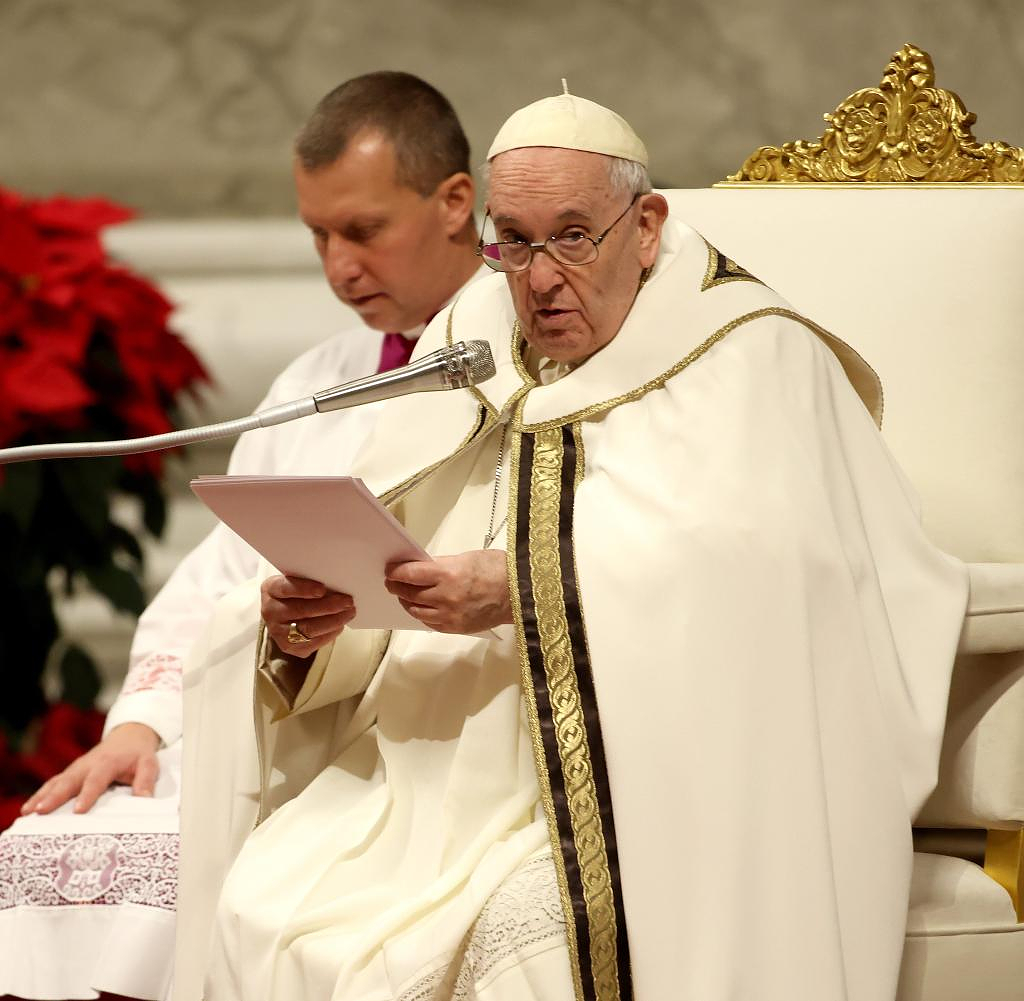 Under the impression of wars and conflicts in the world, Pope Francis opened this year's Christmas celebrations at Christmas mass in St. Peter's Basilica. The head of the Catholics castigated the bloody clashes. At the same time, the pontiff advocated not chasing after material things at Christmas, but taking care of charity. In the Holy Land, Christians from all over the world celebrated the traditional Christmas procession from Jerusalem to Bethlehem.

After the corona pandemic had only allowed limited services in the Vatican at Christmas 2020 and 2021, St. Peter's Basilica was full again this time on Christmas Eve. According to the Holy See, around 7,000 believers were in the basilica, and around 3,000 people also followed the mass outside on St. Peter's Square.

The pope used the sermon to condemn wars: “People who are hungry for power and money in the world even consume their neighbors, their brothers and sisters. How many wars are there! And in how many places are dignity and freedom still trampled underfoot today!” In his sermon, however, he did not directly name the Ukraine war.

Francis called the weak and poor the "main sufferers of human greed". The 86-year-old, who followed the service largely sitting next to the altar because of his knee pain, said: "This Christmas, too, a humanity that insatiably strives for money, power and pleasure makes no room for the little ones, for the many unborn, poor people , forgotten people, just as it was with Jesus. I am thinking in particular of the children who are being devoured by war, poverty and injustice.”

Jesus was born without luxury and comfort - but as a result "the true richness of life came to light", namely interpersonal relationships, as Francis emphasized. "Of course, it is not easy to leave the pleasant warmth of worldliness to embrace the austere beauty of the Grotto of Bethlehem," he preached. “But we should remember that there is no real Christmas without the poor. Christmas is also celebrated without them, but not the Christmas of Jesus.”

The traditional Christmas procession had already led as a wagon convoy from Jerusalem to Bethlehem on Saturday afternoon. The head of the Catholic Church in the Holy Land, Pierbattista Pizzaballa, walked the last part of the way to Manger Square in Bethlehem. There he was received by Christian representatives.

Unlike in the past two Corona years, tens of thousands of visitors are expected over the Christmas holidays. Israel's Ministry of Tourism is preparing for around 120,000 pilgrims.

In their Christmas message, the representatives of various churches in the Holy Land complained about an increase in attacks on Christians and discrimination. Young Christians no longer felt welcome in the land of their ancestors, and many of them left the region, it said. Therefore, the proportion of Christians has continued to fall.

Of around five million Palestinians in the West Bank and Gaza Strip, less than two percent are Christians. According to the latest information from the Israeli Bureau of Statistics, around 185,000 Arab Christians live in Israel, making up around 1.9 percent of the population. Israel has around 9.6 million inhabitants, three quarters of them Jews.

‹ ›
Keywords:
NewsteamFranziskusPapstBethlehemIsraelJerusalemGazaStreifenWestjordanlandHeilige LandPetersplatzBasilikaReisePetersdomUkraineWeihnachtenKriegeKonfliktChristmetteWeihnachtsfeierlichkeiten
Your comment has been forwarded to the administrator for approval.×
Warning! Will constitute a criminal offense, illegal, threatening, offensive, insulting and swearing, derogatory, defamatory, vulgar, pornographic, indecent, personality rights, damaging or similar nature in the nature of all kinds of financial content, legal, criminal and administrative responsibility for the content of the sender member / members are belong.
Related News