Poniente delays until mid-July preparations for the beaches at Motril.

"Without walkways and without kiosks, lighting, or watchtowers. 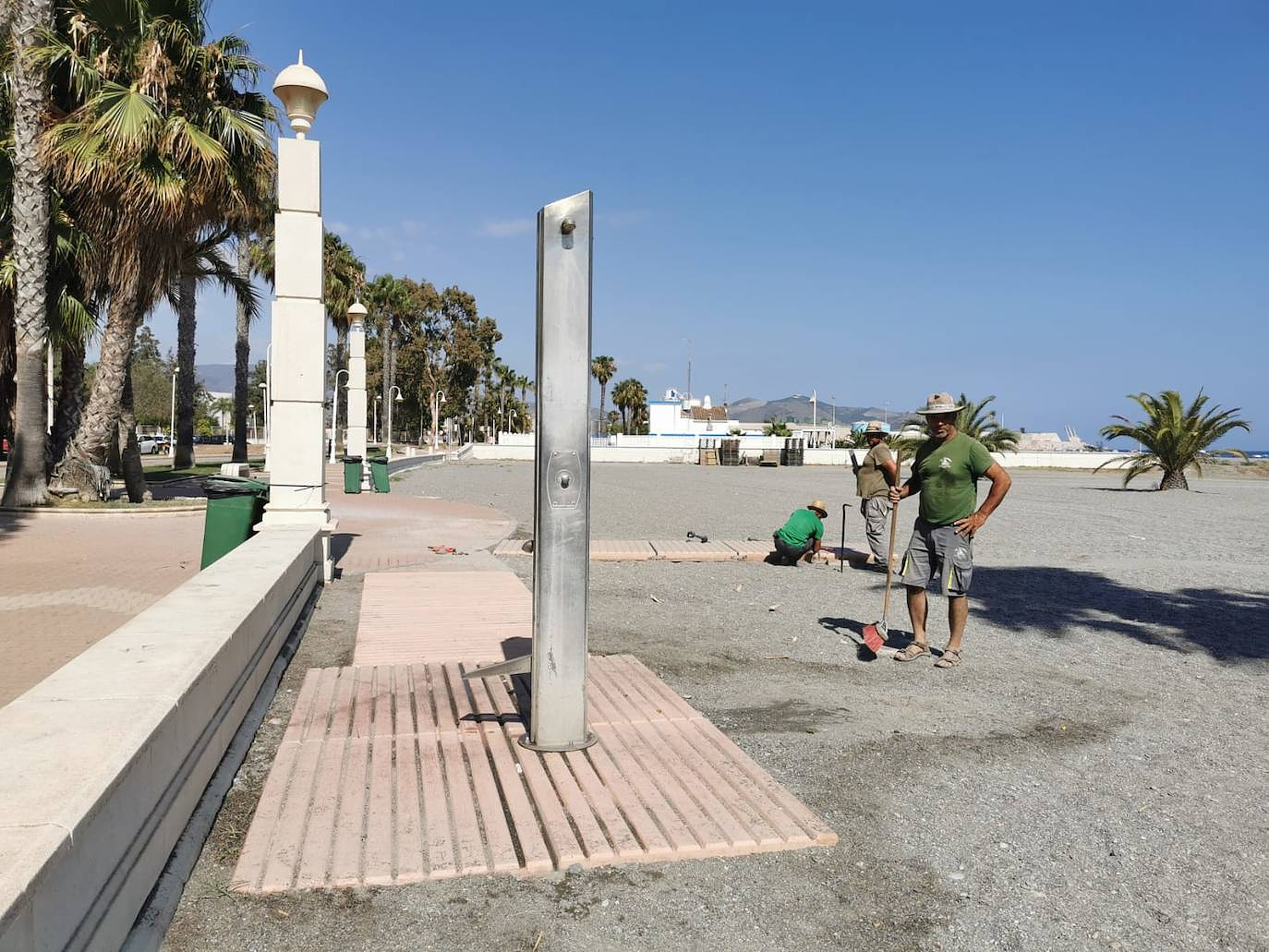 "Without walkways and without kiosks, lighting, or watchtowers. Motrilenos, visitors and others don't deserve it. A few photos of uninstalled walkways and beach equipment are included in this harsh critique that the United Left of Motril sought to make public on social media.

Motril's beaches have not yet been ready for high-tourist season. The City Council was also disappointed. Because the City Council had to wait until the end of the monumental action that the Provincial Directorate of Coasts took on Poniente beach to raise the sand to the promenade level and stop the constant flooding this area of the coast is subject to, it has delayed the start of equipment of beaches.

Motrilenos has been demanding this "historic" action for over 30 years. It was finally granted this year with 180,000 euros budget from the central government. The works were completed just one week ago. This is making it difficult for the Beaches Area now to work against the clock. They will be required to complete the work that every summer takes at least a month in ten days.

Although some actions of Costas were overlapped by the City Council, such as the elevation and connection of the showers to the promenade with concrete platforms. 27,000 euros has been invested in this project. However, the City Council had to wait until the action in the sand was completed to complete the final work such as the placements of the footbridges. This is still in progress.

Lemos says they will be put in this week. The Motril coast will remain in review until mid-July, in case there are no new improvements in El Cable, where concrete walkways will be made and a fountain will be installed for dogs.

Lemos reminds us that Costas carried out a major operation on Poniente beach during the winter. This involved heavy machinery and the movement sand of thousands of tons in 250,000 sq. meters. These actions are complemented by municipal actions such as the extension and maintenance of the coast path. This has completely transformed Poniente's image, which will be "its best". Many infrastructures were damaged, buried, and needed to be repaired or replaced. Although the beach is now better than ever, Lemos admits that there were some inconveniences. He believes Motrile residents will appreciate the dramatic change in image and that the efforts "have been worthwhile." .

‹ ›
Keywords:
ObrasPonienteRetrasanMediadosJulioPuestaPuntoPlayasMotril
Your comment has been forwarded to the administrator for approval.×
Warning! Will constitute a criminal offense, illegal, threatening, offensive, insulting and swearing, derogatory, defamatory, vulgar, pornographic, indecent, personality rights, damaging or similar nature in the nature of all kinds of financial content, legal, criminal and administrative responsibility for the content of the sender member / members are belong.
Related News