This Forum, which is held until Tuesday, is organized by the Algerian Chamber of Commerce and Industry and Business France, a public structure responsible for international investments, which has brought together 70 French companies of all sizes for the occasion. 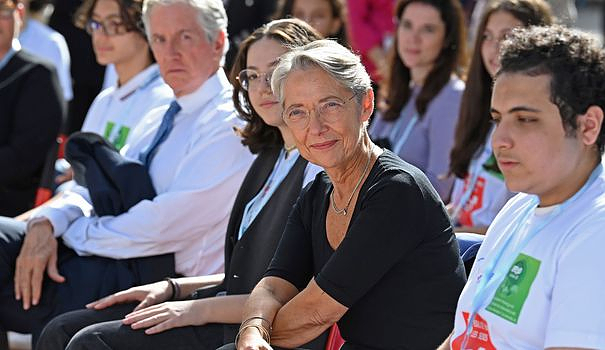 This Forum, which is held until Tuesday, is organized by the Algerian Chamber of Commerce and Industry and Business France, a public structure responsible for international investments, which has brought together 70 French companies of all sizes for the occasion.

Algerian Prime Minister Aïmene Benabderrahmane launched the discussions by stressing Algiers' desire to establish "a lasting dynamic" in bilateral exchanges based on "complementarity and mutual interest".

Pointing to Algeria's central position in North Africa, he insisted on the need to "diversify" its economy, "get out of dependence on hydrocarbons and attract foreign investment", particularly in agriculture, the production of medicines , renewable energy and infrastructure.

For her part, Elisabeth Borne hailed "the new dynamics of bilateral economic cooperation", assuring that France, "the leading investor in Algeria, excluding hydrocarbons", and its companies are "ready to participate in the diversification" of Algeria.

According to her, we must rely on young people from both shores of the Mediterranean who "want to act and who are full of ideas".

The vice-president of French employers (Medef), Fabrice Le Saché, praised to AFP the role of President Emmanuel Macron, who came to meet Mr. Tebboune at the end of August in Algiers to revive bilateral relations, after months of estrangement. "He created an atmosphere and the atmosphere matters" for the business community, he said.

Algeria is France's second largest trading partner in Africa. According to Algerian customs in 2020, France is the country's second largest supplier after China, and its second customer just behind Italy.

Paris is also the second largest investor in Algeria, according to the IMF, with 500 companies established in the country, which represent 40,000 direct jobs.

The question of gas is not on the menu of this visit but Ms. Borne has already said she wants to "continue to move forward" with Algeria to increase its production capacities.

On Sunday, Ms. Borne and her Algerian counterpart stressed that they wanted to "densify" the bilateral relationship at the end of the meeting of the High-Level Intergovernmental Committee (CIHN), the first since 2017, which resulted in the signing of around ten industrial, technical and cultural cooperation agreements.

Ms Borne mentioned three pillars for a "strengthened" partnership: the economy, mobility and visas, and youth.

His Algerian counterpart hailed the "quality of the political dialogue" and a "great convergence (...) on regional and international issues of common interest".

On Monday, Ms. Borne spoke with students from the French international Lycée Alexandre Dumas before a scheduled meeting with President Tebboune. Mr. Macron called him before the visit of the Prime Minister to plead again in favor of a concretization of the "renewed and ambitious partnership" launched 5 weeks ago in Algiers.

The head of the French government did not deviate from her arrival on Sunday in memorial gestures, laying a wreath at the Monument des Martyrs, a high place of Algerian memory of the war of independence (1954-1962) against France, as well as at the Saint-Eugène cemetery in Algiers, where many French people born in Algeria are buried.

She said in this regard that the composition of the commission of historians from both shores, who must examine "without taboos" the archives of the two countries, was only a "matter of a few days".

On the other delicate issue of visas greatly reduced by Paris in the fall of 2021, Ms. Borne reported "intense exchanges" on this file between the French Minister of the Interior Gérald Darmanin and his Algerian counterpart, saying to herself " confident that they will emerge quickly".

The presidents of the two countries had paved the way at the end of August for a relaxation of the visa regime granted to Algeria, in exchange for increased cooperation from Algiers in the fight against illegal immigration.