A man was shot dead in Offenbach on Sunday evening. 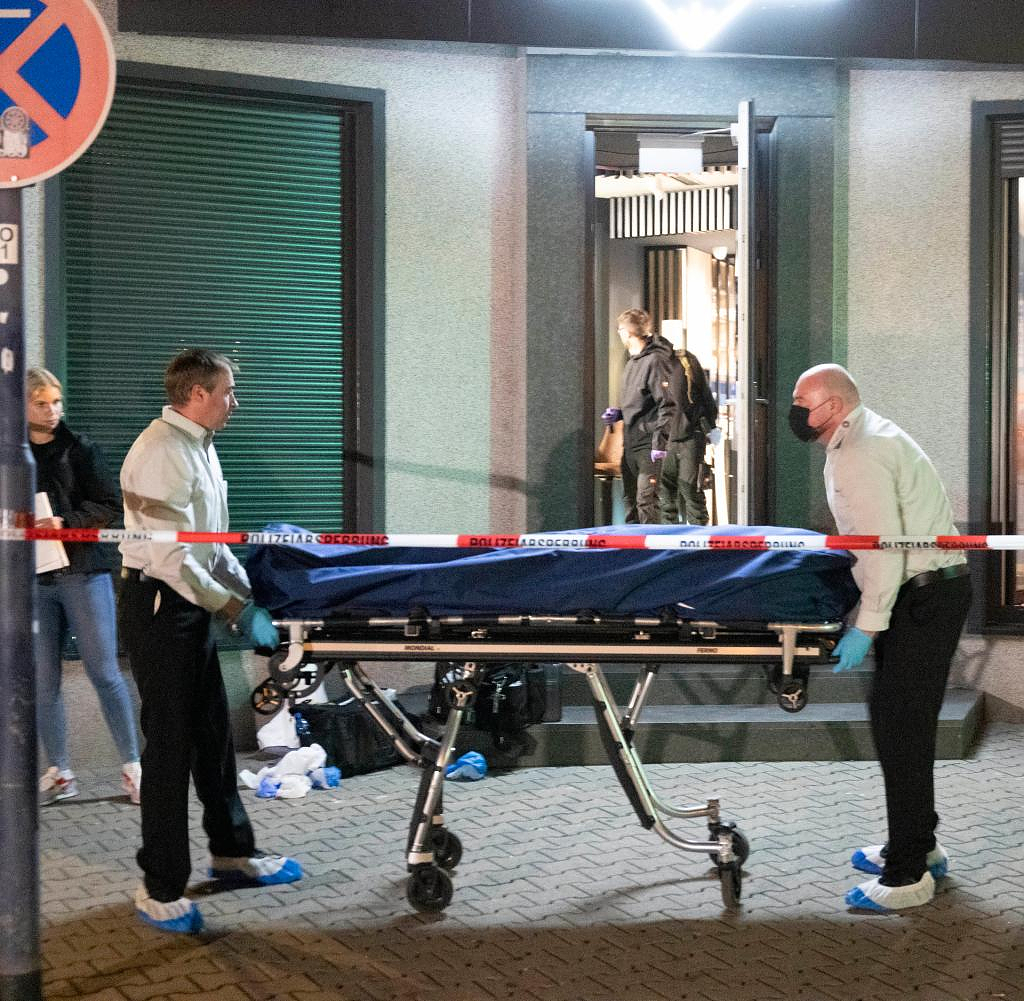 A man was shot dead in Offenbach on Sunday evening. Another man was seriously injured, said a police spokesman. He had come to a hospital. The alleged perpetrator is on the run. A major manhunt is running, and a police helicopter is also in use. "hessenschau.de" had previously reported.

According to initial findings, two victims and one perpetrator were involved in the incident, the spokesman said. It is not yet known how many shots were fired. The shot was fired shortly after 8:00 p.m.

A bar in downtown Offenbach was largely cordoned off with a flutter tape late in the evening, and police officers could be seen inside. A police car blocked off the street next to it. The police were on site with numerous emergency services, and the federal police were also on duty. Police officers searched neighboring train tracks with flashlights. A police helicopter circled downtown.

"There is currently a large number of police on site in Friedhofstrasse, among other things, to carry out extensive forensic measures," the officials said.

The background to the shooting is "still completely unclear," the police wrote. Anyone who saw suspicious people or vehicles near the crime scene should call the criminal police on 069/8098-1234.

Police urged people to avoid the area. In addition, she asked the population via the "Hessenwarn" app not to pick up hitchhikers.

‹ ›
Keywords:
NewsteamPolizeiHessenOffenbach Am MainFlensburgKrimiHessenwarnFriedhofstraße
Your comment has been forwarded to the administrator for approval.×
Warning! Will constitute a criminal offense, illegal, threatening, offensive, insulting and swearing, derogatory, defamatory, vulgar, pornographic, indecent, personality rights, damaging or similar nature in the nature of all kinds of financial content, legal, criminal and administrative responsibility for the content of the sender member / members are belong.
Related News