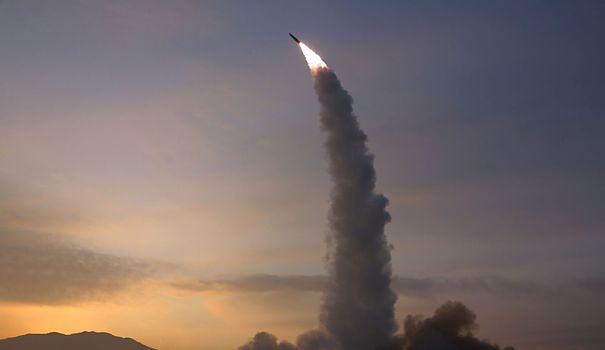 This shooting comes just after a meeting between the deputy foreign ministers of the United States, Japan and South Korea who pledged to strengthen their deterrence in the region.

"We have agreed to further strengthen cooperation (...) so that North Korea immediately ends its illegal activities and resumes denuclearization talks," South Korean Cho Hyun-dong said at the meeting.

"All three countries have agreed on the need for an unprecedented forceful response if North Korea conducts its seventh nuclear test," he told reporters.

Seoul and Washington have repeatedly warned that Pyongyang could be on the verge of carrying out another nuclear test, for the first time since 2017, after a series of ballistic missile launches in recent weeks.

A missile flew over Japan last month and North Korea has separately claimed to have carried out tactical nuclear drills.

"All of these behaviors are dangerous and deeply destabilizing," warned US Assistant Secretary of State Wendy Sherman, urging North Korea to "refrain from further provocations".

On Tuesday, the North fired around 250 shots, according to South Korea's Joint Chiefs of Staff (JCS), which called the move a "clear violation" of the 2018 accord, according to Yonhap.

This agreement established that year a maritime "buffer zone" intended to prevent tensions.