No resignation in sight of the South African president, embarrassed by a scandal

"He will stay, there is no doubt," said his justice minister Ronald Lamola on the public broadcaster SABC. 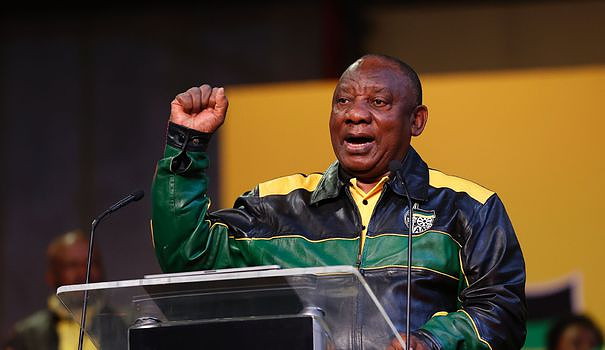 "He will stay, there is no doubt," said his justice minister Ronald Lamola on the public broadcaster SABC. And the president's spokesman confirmed to AFP that he "seriously plans" to challenge the report of a parliamentary commission which overwhelms him by way of justice.

Mr Ramaphosa has been the subject of a complaint since June accusing him of trying to cover up a burglary at one of his properties in 2020, in which $580,000 in cash hidden in a sofa was stolen, and for not reporting the incident to the police or the tax authorities.

This complaint has not yet given rise to any prosecution and the police investigation is continuing.

But on Wednesday a parliamentary commission, made up of three members including a former president of the highest court in the country, considered that Mr. Ramaphosa "could have committed" acts contrary to the law and the Constitution, paving the way for a procedure of dismissal which could be voted on Tuesday in Parliament.

"The president is seriously considering asking the courts to quash the report," his spokesman Vincent Magwenya said on Saturday.

“It is perhaps in the long-term interest and sustainability of our constitutional democracy, well beyond the Ramaphosa presidency, to challenge such a patently flawed report, especially when used as a point of view. benchmark for impeaching an incumbent head of state," he explained.

But it also raises real questions about the version of events put forward by the president, who denies any dishonesty. "I have never stolen money and I never will," he said when the affair was revealed in June.

According to him, the cash stolen from his house came from the sale to a Sudanese businessman of twenty buffaloes. "Normal practice is to put money in the bank the next business day," the report notes.

And why then these buffaloes bought by a certain Mustafa Mohamed Ibrahim Hazim, whose identity could not be verified, are still in the Phala Phala estate of Mr. Ramaphosa, a two-hour drive from Pretoria? “There are serious doubts as to whether the stolen foreign currency actually came from their sale,” the report concludes.

In the wake of its publication, calls for the resignation of Mr. Ramaphosa multiplied in the opposition but also within his party, the ANC.

But he then also received many political, union and business support. Even the head of the South African Anglican Church who warned that if he resigned, the country risked falling "into anarchy".

The African National Congress (ANC), in power in South Africa since the end of apartheid, is due to meet again on Monday morning, according to several political sources.

Its all-powerful National Executive Committee (NEC) will discuss the future of the man familiarly known to South Africans as "Cyril" and who remains far more popular than the party itself, which for the first time in its history has passed under the 50% mark last year during local elections.

The caciques of Nelson Mandela's party met very briefly in Johannesburg on Friday, before explaining that they first wanted to examine the facts more closely in the case against the president.

Majority in Parliament since 1994, the ANC, weighed down by corruption and a war of factions, has chosen the head of state since the advent of South African democracy.