The French writer, figure of feminism and committed to the left, crowned Thursday by the Nobel committee for "the courage and clinical acuity" of her largely autobiographical work, conversed for an hour on literary creation, during a a conference with the American novelist Kate Zambreno. 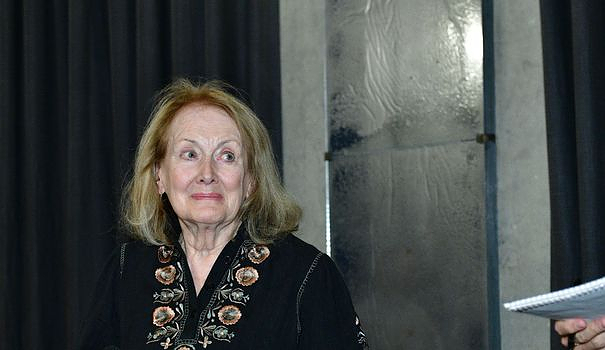 The French writer, figure of feminism and committed to the left, crowned Thursday by the Nobel committee for "the courage and clinical acuity" of her largely autobiographical work, conversed for an hour on literary creation, during a a conference with the American novelist Kate Zambreno.

At least 300 people, the majority of them women, gave her a standing ovation during the evening at the Albertine Villa in New York, on the prestigious 5th Avenue along Central Park, which houses the cultural services and a bookstore of the French Embassy in the United States.

"I have been absolutely nurtured by literature since childhood. The further I look I know that reading, that books are part of my life. I dreamed my life first with books," said Annie Ernaux, 82, whose remarks in French were translated into English by an interpreter, in front of a conquered French and English-speaking audience.

The writer is famous and studied in American intellectual and academic circles and her Nobel Prize in Literature has been widely covered since Thursday by New York's elite newspapers and magazines, such as the New York Times and the New Yorker.

Annie Ernaux's work is considered to be an x-ray of the intimacy of a woman who has evolved with the upheavals of French society since the post-war period. In about twenty stories, she dissects the weight of social class domination and amorous passion, two themes that have marked her itinerary as a woman torn because of her working-class origins.

During an exchange with the public, Annie Ernaux was warmly thanked by a young woman for having made her "enter into feminism", in particular thanks to the reading of her autobiographical novel on abortion, "The Event" ( 2000).

"It's wonderful for me, carrier, because I don't feel responsible for this effect that my books have on the younger generation", replied, all smiles, the octogenarian author.

Annie Ernaux is visiting this week in the American cultural and economic megalopolis and she also presented Monday evening, with her son David Ernaux-Briot, their family documentary "The Super-8 years", at the 60th New York Film Festival.

On Wednesday, she will be received at Barnard College at Columbia University in New York, a faculty of letters reserved for women.