Nearly 70% of wildlife has disappeared since 1970, according to WWF

Between 1970 and 2018, an average of 69% of the populations of this wildlife - fish, birds, mammals, amphibians and reptiles - disappeared, according to the Living Planet Index, a reference tool published every two years by the WWF. 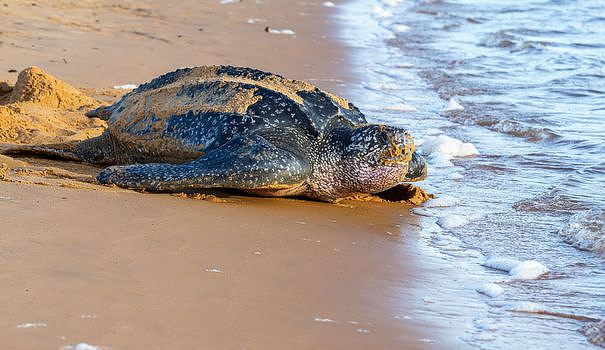 Between 1970 and 2018, an average of 69% of the populations of this wildlife - fish, birds, mammals, amphibians and reptiles - disappeared, according to the Living Planet Index, a reference tool published every two years by the WWF.

The destruction of natural habitats, especially to develop agriculture, remains the main cause, according to the report, followed by overexploitation and poaching.

Climate change is the third factor, but its role is "increasing very, very quickly", warns Marco Lambertini, director general of the WWF. This is followed by air, water and soil pollution, as well as the dissemination by man of invasive species.

This report is a "red alert for the planet and therefore for humanity", Mr. Lambertini told an international online press conference, "at a time when we are beginning to really understand that sustainable ecosystems, a rich biodiversity and a stable climate are necessary to ensure a prosperous, fairer and safer future for us, and especially for our children and their children in turn.”

As the COP15 Biodiversity international summit approaches in December in Montreal, "WWF calls on governments to seize this ultimate opportunity by adopting an ambitious global agreement to save wildlife", similar to the Paris Agreement. of 2015 on climate change.

To "reverse the curve of biodiversity loss" and "mitigate climate change", the report calls for the scaling up of conservation and restoration efforts, the production and consumption of more sustainable food and the rapid decarbonization of all economic sectors.

The figures are "really frightening" for Latin America, said Mark Wright, scientific director of the WWF, with 94% disappearance on average in this region "renowned for its biodiversity" and "decisive for climate regulation".

Europe has seen its wild animal population decline by an average of 18%. “But this masks very extreme historical losses of biodiversity,” before the analysis period, said Andrew Terry, director of conservation at Zoological Society of London, WWF's partner in establishing the index.

In Africa, the index assesses the loss at 66% on average. “A glaring example is Kahuzi Biega National Park in the DRC, where the number of eastern lowland gorillas has dropped by 80%,” primarily through hunting, said Alice Ruhweza, WWF Africa director.

Leatherback turtles, lynx, sharks, corals and tree frogs are also among the most threatened "biodiversity icons" highlighted by the report.

The Living Planet Index now takes into account 5,230 species of vertebrates, divided into some 32,000 animal populations around the world.

In 2020, a study published in the benchmark journal Nature questioned the value of this index. Examining 14,000 vertebrate populations tracked since 1970, the authors concluded that 1% were in extreme decline and that if removed from the equation, all of the remaining populations showed no upward or downward trend. .