The German Nature Conservation Union (Nabu) in Hamburg is demanding a ban on private New Year's Eve firecrackers and a restriction to centrally organized fireworks. 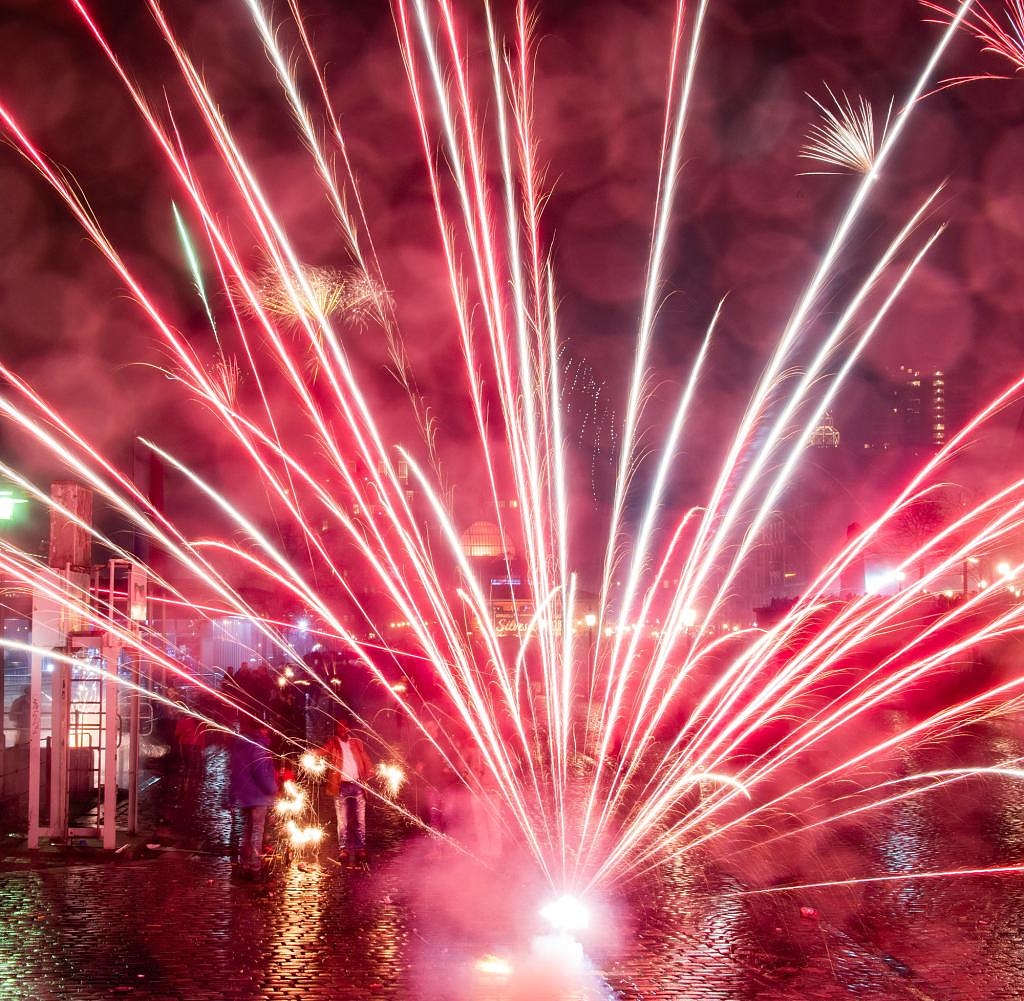 Alternatively, the city should organize a central fireworks display, if possible as a light show. "Concentrating on a specific location reduces waste and noise - this way the new year can be greeted in a more environmentally and nature-friendly way," says Hamburg Nabu chairman Malte Siegert. Birds in particular suffer from cracking fireworks.

Therefore, the Nabu calls for a general ban on fireworks in the bird breeding season from March to August. The spring DOM (March 24th to April 23rd) and the harbor birthday (May 5th to 7th) will take place next year during the particularly sensitive breeding season of the birds.

Fireworks have been set off on both occasions. These fireworks should also be replaced by lower-emission alternatives in the future, according to Nabu.

The violent noise of fireworks triggers the flight reflex in birds. They flee to great heights, do not land for a long time and are reluctant to return to their resting and roosting sites. In winter, they would use up a lot of the energy they need to survive in the cold season.

That could be life-threatening, according to Nabu. In turn, fireworks during the breeding season could result in birds abandoning their nests and having no offspring.

In addition to selling, the lighting of fireworks was also largely prohibited in 2020 and 2021. For this year, the regulations for New Year's Eve have not yet been decided, according to the responsible interior authority.

However, it is quite possible that similar requirements as in 2019 before the pandemic will apply again, said a spokesman. In 2019 there was a ban on firecrackers around the Inner Alster for safety reasons.

‹ ›
Keywords:
Nabu (Naturschutzbund Deutschland)NaturschutzFeuerwerkSilvesterbräucheSilvesterTexttospeechNabu HamburgFeuerwerkeVerbotMusik
Your comment has been forwarded to the administrator for approval.×
Warning! Will constitute a criminal offense, illegal, threatening, offensive, insulting and swearing, derogatory, defamatory, vulgar, pornographic, indecent, personality rights, damaging or similar nature in the nature of all kinds of financial content, legal, criminal and administrative responsibility for the content of the sender member / members are belong.
Related News