"Motorway bridges are crumbling under the tires"

North Rhine-Westphalia's Transport Minister Oliver Krischer (Greens) calls for more speed in the renovation of the road and rail infrastructure in Germany. 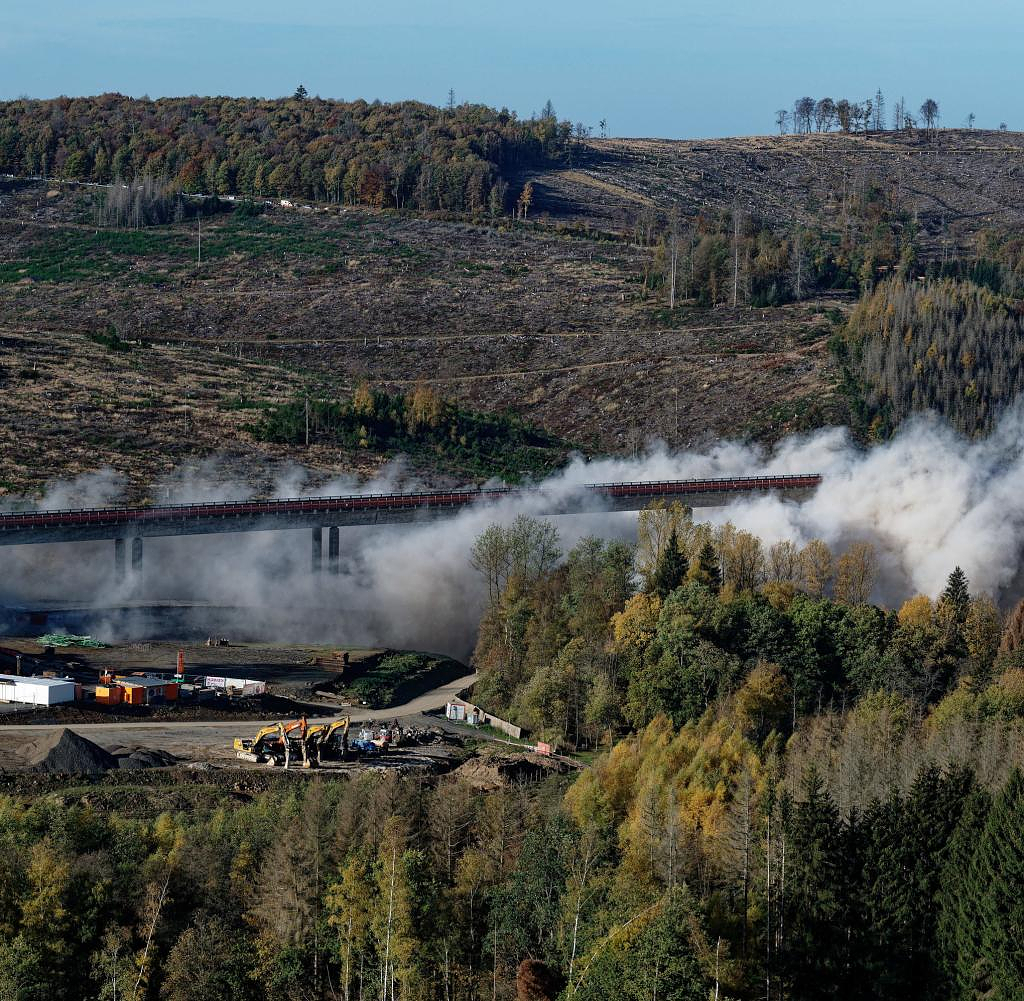 North Rhine-Westphalia's Transport Minister Oliver Krischer (Greens) calls for more speed in the renovation of the road and rail infrastructure in Germany. "We need a 4,000 bridge maintenance program with specific targets," said the Greens politician at the German Press Agency in Düsseldorf.

After all, 4,000 of the 13,000 motorway bridges nationwide would have to be newly built or completely renovated in the next ten years. "That means at least 400 a year," said Krischer. "But the federal government only managed 174 in 2022, i.e. less than half." Instead of continuing to invest large sums in the new building, planning and construction resources would have to be concentrated on the renovation.

The most populous federal and transit state North Rhine-Westphalia is mainly affected. "What happened on the A45 at the Rahmede Viaduct must not be repeated," warned the transport minister of the black-green state government of Prime Minister Hendrik Wüst (CDU). "If the federal government continues to set the wrong priorities, we will get Rahmede in every second district nationwide and there will also be other problems of this kind in NRW."

The Rahmede viaduct on the Sauerland line has been closed for over a year. The detour traffic puts an enormous strain on residents and the economy in the region. The case is an example of overly complex planning and approval procedures in Germany.

"We are now footing the bill for decades of failure to maintain our infrastructure," Krischer said. This applies to road traffic as well as to rail. NRW is particularly affected because of the high number of kilometers of motorway, the many logistics locations and the associated heavy goods traffic.

"On the motorways, the bridges are crumbling under the tires," criticized the minister. The federal government is still investing too little in maintenance. The railway network in NRW is also in need of renovation or expansion practically everywhere. That doesn't go with the political consensus to shift traffic to rail.

‹ ›
Keywords:
NordrheinWestfalenDüsseldorfOliverSchienenverkehrAutobahnenVerkehrKrischerInfrastrukturSanierungenLüdenscheidStraßenverkehrBündnis 90Die Grünen NordrheinWestfalen
Your comment has been forwarded to the administrator for approval.×
Warning! Will constitute a criminal offense, illegal, threatening, offensive, insulting and swearing, derogatory, defamatory, vulgar, pornographic, indecent, personality rights, damaging or similar nature in the nature of all kinds of financial content, legal, criminal and administrative responsibility for the content of the sender member / members are belong.
Related News