Post a Comment Print Share on Facebook
Famagusta 26
DOLLAR 17,96
EURO 18,30
GOLD 1.018,92
BIST 2.980,00
Will Amazon soon speak for small German booksellers?
The Last Look of Kim Wexler
That is why Philipp Ruch now supports the death penalty
The true story of Amélie Nothomb: her confidences, her mysteries, her...
Only the truly sovereign can trust
“The need of the hour for the West is self-assertion”
Lessons from the Great Drought of 1302
The Strange Career of the Word "Siuuuu"
Kievel claims to have to gender – ZDF disagrees
Why Islam sentenced Rushdie to death

More than 70 conservation actions are approved by the Alhambra

Patricia del Pozo (acting Minister of Culture and Historical Heritage) presided over this afternoon's plenary session of Board of Trustees of Alhambra and Generalife. 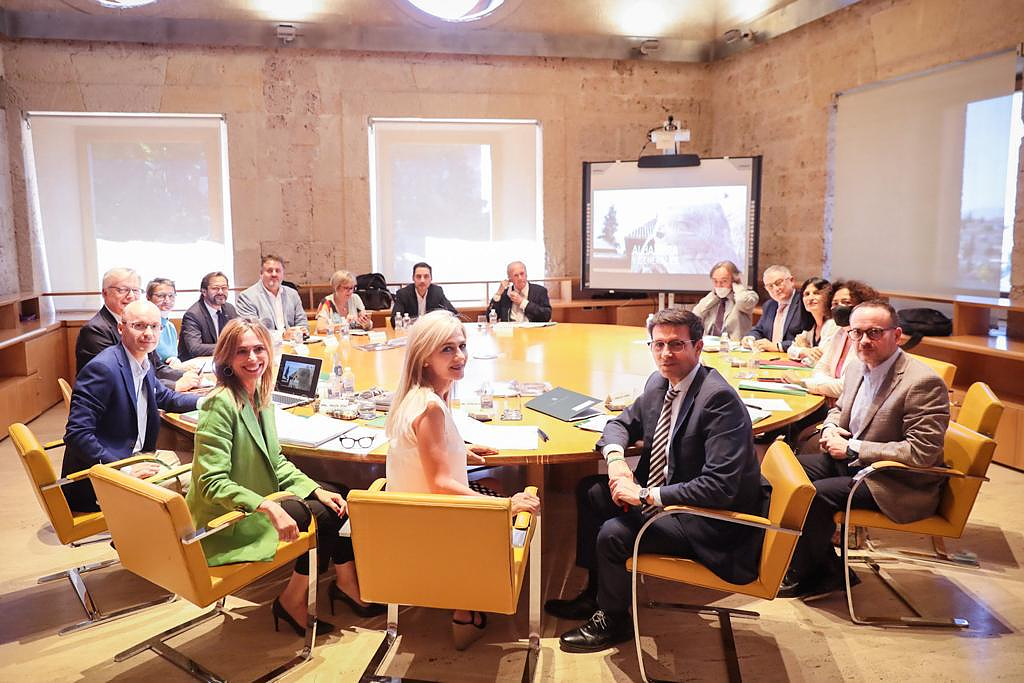 Patricia del Pozo (acting Minister of Culture and Historical Heritage) presided over this afternoon's plenary session of Board of Trustees of Alhambra and Generalife. This session was held at Palace of Carlos V. The action program and budget for the monument have been approved. 12.8% more than 2021 because of the incorporation of credit from FEDER. According to Del Pozo, these accounts will allow the promotion of more 70 conservation actions in the Monumental Complex of the Alhambra, the Generalife, and its attached assets.

This 2022 edition will continue with international exhibition programming. The adaptation of the Palacio de Carlo V presentation room, the drafting and execution of the restoration plan for the columns at the Patio de los Leones, and the second phase in the archaeological excavation in Alamedilla Garden.

The plenary session was dominated by the transparency of the Alhambra accounts and public management. In the session, the acting Minister of Culture and Historical Heritage emphasized the role of the Granada monument as a leader in the economic and socio-cultural development of Granada and Andalusia. This included a volume of contracts in the last three year of more than 23.8m euros and an investment of 14.2m euros in the conservation and dissemination of the Monumental Complex of the Alhambra and the Generalife

The Plenary also addressed other issues, such as the renewal and patronage of the World Monuments Fund or the last donation from Aureliano Ruz's reproductions workshop. It also approved the performance report, as well as liquidation of the budget for 2021.

‹ ›
Keywords:
AlhambraApruebaActuacionesConservacionMonumento
Your comment has been forwarded to the administrator for approval.×
Warning! Will constitute a criminal offense, illegal, threatening, offensive, insulting and swearing, derogatory, defamatory, vulgar, pornographic, indecent, personality rights, damaging or similar nature in the nature of all kinds of financial content, legal, criminal and administrative responsibility for the content of the sender member / members are belong.
Related News