Yesterday morning's plenary session at the Provincial Palace of the Diputacion de Almeria saw the majority consensus again being the dominant tone. 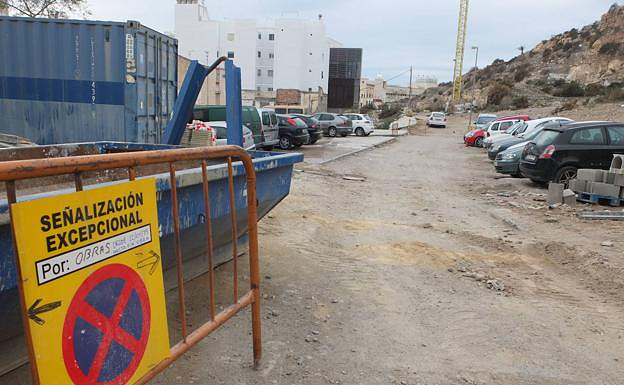 Yesterday morning's plenary session at the Provincial Palace of the Diputacion de Almeria saw the majority consensus again being the dominant tone. The majority of items on the agenda were unanimously approved. Only a few items faced fierce debate. The Corporation approved the final list of investments in Provincial Plans, specifically number 7, to continue improving and modernizing public infrastructure and services in the 103 municipalities as well as the Fuente Victoria minor entity.

The Provincial Institution, with the launch of the item yesterday in plenary, has already processed over 40 million euros in various investments. Its priority objective is to improve and optimize services provided by municipalities to the citizens through the Provincial Plans 2020-223.

Fondon will be able to build a walkway along the Rambla del Gallo, and improve lighting. In Albanchez, they prolong the street Constitution of 1978. In Pechina, works are done in the municipal warehouse and social building. In Alhama de Almeria, different roads can be renewed and in Huercal de Almeria access to Los Pinos neighborhood is improved.

Fernando Gimenez, the spokesperson for the Government team, stressed the importance of the Provincial Plans as well as the institutional collaboration that "allows us to promote these investments that continually optimize or create high quality services and infrastructures within all of our towns." These actions promote the well-being and quality of life in all 103 municipalities of Almeria, he stated.

Gimenez also recalled that Provincial Plans are a key tool to make two of the most important goals for the Provincial Council of Almeria become a reality. First, to equalize Almeria residents' opportunities regardless of their location. Second, to provide our towns with better and more services that influence this objective. Third, to modernize infrastructures that contributes to fixing the population>>.

Yesterday's presentation by the Area of Finance, New Technologies and Housing was another point that was unanimously approved at the Plenary of. Deputies confirmed that the Provincial Institution is responsible for collecting the tax on the rise in urban land value in the municipalities Benitagla and Benizalon.

This decision has resulted in 72 towns delegating the collection of this tax the Diputacion. This allows municipalities to reduce administrative burdens and ensure that they receive the income that they are entitled to, particularly for those with less resources.

Another point of the Treasury that was unanimously approved consisted of acceptance of the collection management delegation of Community of Irrigators Barrancos de Sierra Nevada, which is now the Diputacion. This delegation was created with the goal of facilitating administrative processes and streamlining the community.

‹ ›
Keywords:
DiputacionTramitaMillonesObrasPublicas
Your comment has been forwarded to the administrator for approval.×
Warning! Will constitute a criminal offense, illegal, threatening, offensive, insulting and swearing, derogatory, defamatory, vulgar, pornographic, indecent, personality rights, damaging or similar nature in the nature of all kinds of financial content, legal, criminal and administrative responsibility for the content of the sender member / members are belong.
Related News