Lloris, the other record holder of the day with his 142nd selection and his 17th match in the World Cup, was sometimes less reassuring at the head of the defense but he was invaluable in avoiding the opener. 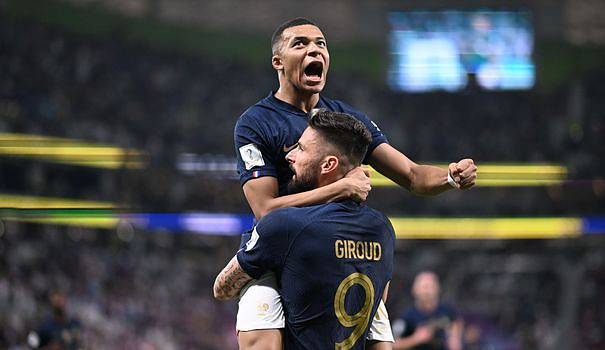 Lloris, the other record holder of the day with his 142nd selection and his 17th match in the World Cup, was sometimes less reassuring at the head of the defense but he was invaluable in avoiding the opener.

In the quarter, against England or Senegal who face each other in the evening to join the Blues, they will have to raise their level a notch because the next opponent will have other offensive arguments to put forward.

The Poles, perhaps freed by this first eighth since 1986, nevertheless disturbed the French, again aligned with their typical team after the unfortunate experiment seen against Tunisia, in greater proportions than expected, in particular until the goal of the break.

To their relatively low defensive positioning, the players of Michniewicz, criticized in the country for his unspectacular style, have this time added a certain talent to raise their block in the offensive phase.

This allowed them to create a very dangerous situation in the 38th minute, when Zielinski twice, then Kaminski tested the solidity of the blue defense. But Lloris, Hernandez and Varane, on the verge of breaking up, did not let themselves be taken in the end.

The spaces in the back of the Polish side were predictable and Mbappé or Dembélé did not hesitate to take advantage of it.

Which perhaps paradoxically opened the way to the goal for Giroud in the axis. The striker, served at the limit of offside by Mbappé (44th), this time succeeded perfectly in his sequence to open the scoring and score his 3rd goal in the competition.

A scenario which had the consequence of opening the game and forcing Poland, which has too rarely succeeded in putting Lewandowski in a dangerous situation, to discover itself.

Mbappé being never as dangerous as in these circumstances, he at the same time extinguished the last hopes of the opponent and improved his total of goals in the world cup.

In Russia, he had scored four and he is now at five after another double. As in eighth in 2018 against Argentina...

Served on counter-attack by Dembélé, he first shot Szczesny (74th). Much less decisive than in recent matches, the Polish goalkeeper then relaxed with a powerful shot, but the shot from the French striker ended up in the skylight (90th 1).

Poland, however, were rewarded for their efforts with a penalty. Lewandowski, who missed one against Mexico, did not miss the opportunity to score his second goal at this level at the age of 34. With a small helping hand from the referee who gave the kick to withdraw while Lloris had repelled the first attempt (90th 9).

This victory allows at the same time to evacuate two painful memories for the band in Deschamps: the shock of elimination at the same level against Switzerland during Euro-2021, and that more distant of the defeat against these same Poles during the match for 3rd place in the 1982 World Cup.