Moleskine, the success story of a paper notebook in the digital age

The Moleskine notebook became a best seller at the same time that the iPhone appeared in our lives. 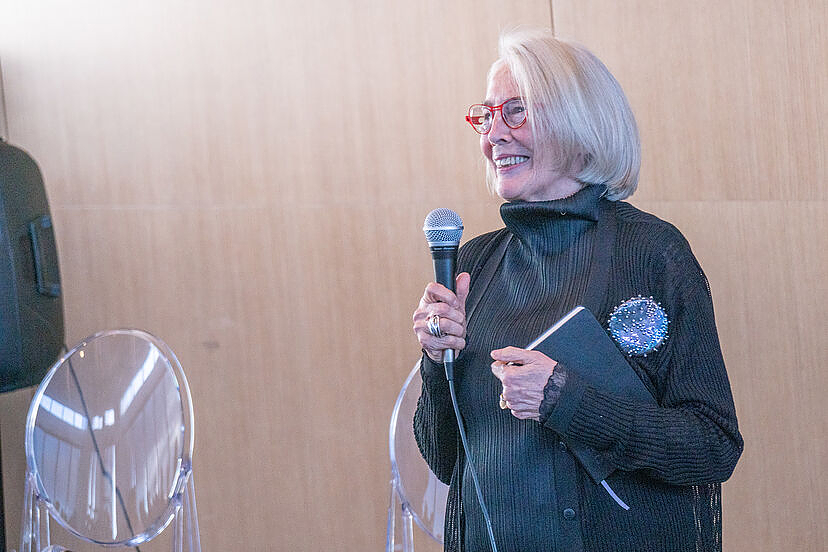 The Moleskine notebook became a best seller at the same time that the iPhone appeared in our lives. Created in Milan in 1996 by designer Maria Sebrogondi, the vintage-looking pad received an investment boost in 2006, a year before the launch of Apple's mobile, which established it as a cult object among the digitally born.

"When the investors arrived, we were only twelve people in the company," jokes the creator, during the inauguration of the Detour New York exhibition, organized by the Moleskine Foundation, of which she is co-president, at the One World Observer in Bajo Manhattan.

By then, the notebook with cardboard covers and beige sheets held together by an elastic band was already an object adored by techies, engineers from the prestigious Massachusetts Institute of Technology (MIT), apart from writers and artists. Moleskine's popularity grew thanks to Internet developers.

An account on Myspace, the social network created in 2003, and another on Flickr, where thousands of users uploaded photos from their own notebooks, formed the first large community of online fans. "It was incredible, when we decided to join the network, everyone was already there," says Sebrogondi.

The brand is now fighting to expand its influence from paper to technology, after suffering a drop in sales due to the pandemic. "It is our great bet for the future," says Daniela Riccardi, the company's executive director for two years. The Moleskine Flow digital writing mobile app and the Smart Writing Set, a smart pen and notebook try to gain ground on other more popular design tools such as Procreate for iPad or Adobe Illustrator

The legendary aura that surrounds Moleskine is an invention of its creator. The perfect hook to turn the notebook into an icon for those who are nostalgic for paper. It was all the result of chance. It was 1995 when the Milanese publishing house Modo

At that time, the designer was reading the book The Song Traces, in which the British writer and adventurer Bruce Chatwin recounts his wanderings in Australia and laments the disappearance of his favorite notebooks, which he calls "moleskine", alluding to the material black oilcloth binding.

The author explains that before leaving Paris, the owner of the bookstore on Rue de L'Ancienne Comédie, where he bought them, warned him that the small family workshop that made them in the town of Tours had closed down. "I remembered that I also used them when I went to Paris," says Segrogondi, who traveled to the French capital to investigate who might have used the pad during the vibrant years before World War II.

The final proposal was to reproduce the original notebook, use the name given by Chatwin and sell it as the work tool of writers like Louis Férdinand Céline or Ernest Hemingway, or painters like Picasso, Herni Matisse or Vincent Van Gogh.

The reality is that the only clear reference that exists on the notebook is the one left by the British writer. This half-truth raised the suspicions of the press when the commercial success arrived. "It's an exaggeration," admitted Francesco Franceschi, Modo's marketing director.

There is no doubt that this worked. "It's a product made for human ingenuity as a companion to digital," says Riccardi. The notebook began to be sold in bookstores in Italy, then jumped to France, the United Kingdom and the United States. In the year 2000, "it was already seen that it was a success and a business", confirms Sebrogondi.

This is how it aroused the interest of investors until in 2006, a fund from the French bank Société Générale and the Swiss venture capital firm Index Ventures bought the Italian brand. "It was the big push," recalls the designer. The brand diversified into other products such as glasses, newspapers, and even a café in Milan, and expansion began.

The new owners kept the headquarters in Milan and began their journey around the world. The first subsidiary opened in America in 2008, two years later they landed in Asia with offices in Shanghai and Singapore, and in 2013 they settled in France and Germany, all 100% dependent on the Italian parent company. Moleskine was listed on the Milan Stock Exchange in 2013 and was delisted in 2016, following the acquisition by the Belgian private equity firm D'leteren Group, its current owner.

This deployment caused the brand's annual revenue to skyrocket by 76.2% between 2014 and 2018, the year in which it reached its maximum of 174.1 million euros. After a slight drop of 5.86% the following year, the pandemic caused a further cut of 37.3% in turnover to 102.3 million euros. Last year it managed to recover 18.87%, which placed its income a little above that achieved in 2014, according to figures collected by Statista.

"Things are going very well," says the executive director about the company's financial future. To celebrate the return to normality, the brand has brought to New York 75 of the 1,300 Moleskines intervened and donated to its foundation by artists such as the American designer Paula Scher, the Icelandic band Sigur Rós or the Portuguese plastic artist Joana Vasconcelos. The future will be to demonstrate the consolidation in that digital world that loves its paper notebooks so much.

‹ ›
Keywords:
EmpresasItaliaEconomía DigitalMarketing
Your comment has been forwarded to the administrator for approval.×
Warning! Will constitute a criminal offense, illegal, threatening, offensive, insulting and swearing, derogatory, defamatory, vulgar, pornographic, indecent, personality rights, damaging or similar nature in the nature of all kinds of financial content, legal, criminal and administrative responsibility for the content of the sender member / members are belong.
Related News