Missile fell in Poland: what do the texts of NATO and the EU say?

On Tuesday, a "probably Russian-made" missile exploded in the village of Przewodow in Poland, the country's government said. 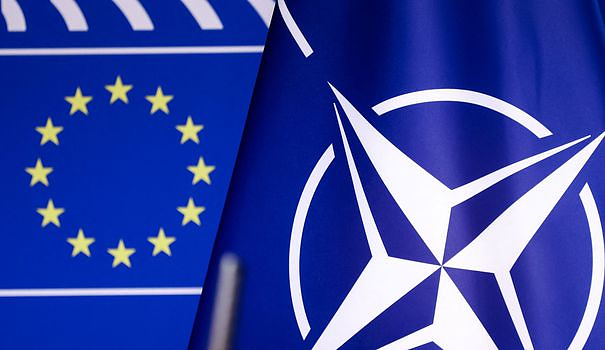 On Tuesday, a "probably Russian-made" missile exploded in the village of Przewodow in Poland, the country's government said. If very quickly the eyes turned to Moscow, which had launched the same day an intense bombing operation on Ukraine, this Wednesday morning, the Polish leaders, but also French and Chinese, called for the greatest caution. According to US President Joe Biden, the device could have been fired by Ukraine, to intercept a Russian missile.

Be that as it may, the incident causes very serious concern throughout the world, because Poland is a member of NATO. If the act is qualified as aggression, the entire military organization would consider itself affected, under the famous "Article 5" of the Washington Treaty, the founding text of the Alliance. Another international entanglement, Poland is a member of the European Union, which, if it does not have an army strictly speaking, also has clauses allowing its members to be defended.

But what do the texts say exactly? In Poland, it is mainly "Article 4" that is talked about. He is much less known, but could "very likely" be the subject of a request for activation by Poland, while NATO ambassadors are meeting this Wednesday, as indicated by the Polish president. Andrzej Duda, on Tuesday evening.

Article 4 of NATO's founding treaty provides for consultations between allies when one of them considers that its "territorial integrity" or its "security" are threatened. Here it is in full: "The parties will consult each other whenever, in the opinion of either of them, the territorial integrity, political independence or security of any of the parties is threatened". For the moment, discussions with the various members of the Alliance are underway, to ensure that the conditions are met - which has not been established.

At this stage, Russia's responsibility has not been demonstrated, the event has not been qualified as "aggression", but television channels around the world have already taken up Article 5 of the Washington Treaty. "The parties agree that an armed attack against one or more of them occurring in Europe or North America will be considered an attack directed against all parties," he said.

In other words, if this treaty is activated and Poland considers that an attack has been perpetrated on its soil, then all member countries would also feel attacked "Each (of the parties) will assist the party or parties thus attacked, taking forthwith, individually and in agreement with the other parties, such action as it deems necessary, including the use of armed force, to restore and ensure security in the North Atlantic area", can we read.

Finally, the European Union provides for a strategy of "common defense" in the event of characterized aggression. This strategy, called Common Security and Defense Policy, is defined in Article 42 of the Treaty on European Union (TEU). It provides for a coordinated reaction "once the European Council, acting unanimously, has so decided. "The Member States shall make available to the Union, for the implementation of the security and defense policy community, civil and military capabilities to contribute to the objectives defined by the Council", one can read in this article.

Thus, a European armed response would be possible in the event that Europe considers itself under attack: "In the event that a Member State is the object of armed aggression on its territory, the other Member States must help and assist it by all the means in their power, in accordance with article 51 of the charter of the United Nations", details article 42. Still, Europe does not have a common army. It would then be necessary to mobilize part of the armies of each country.