In the north, between the districts of Kawéni and Majikavo, the police kept away several groups who wanted to clash, according to a police source. 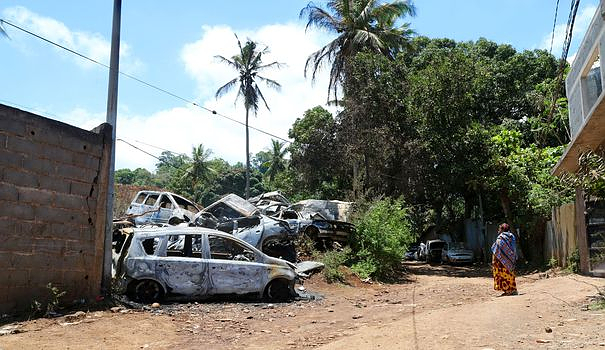 In the north, between the districts of Kawéni and Majikavo, the police kept away several groups who wanted to clash, according to a police source. Turning back, small groups took the opportunity to attack road users, according to witnesses.

South of Mamoudzou, police officers from the anti-crime brigade (BAC) intervened around 8:00 p.m. local time (6:00 p.m. in Paris) to clear a roadblock in Tsoundzou, while a group of young people sought confrontation with the police in Cavani.

Around 5:00 a.m. local time, a group of individuals set up a fire barrier near the court, in the same area.

The police quickly lifted the barricade and restored traffic on this road axis, which provides access to Kawéni, the main employment pool on the island, according to a police source.

The capital of Mayotte has been shaken for ten days by inter-district conflicts which left one dead on November 12, a 20-year-old young man killed with a machete, and several injured.

The Kawéni district, where the victim was from, then caught fire after the attack on a school bus. On Saturday, 200 to 250 young people from this district gathered to do battle with those from the Doujani district, further south, according to the police.

On Sunday, a motorist was stabbed in Mtsapéré Bonovo, another district of Mamoudzou, according to a police source.

The Ministry of the Interior announced on Monday the dispatch of a dozen police officers from the Raid, the elite intervention unit of the police, who are due to arrive in Mayotte on Tuesday to reinforce the police.