LR, who does not want to be the "crutch" of the macronists, does not intend to vote the budget

"Tomorrow are we going to vote on the budget? Of course not, we are in the opposition," said the boss of LR senators Bruno Retailleau in a speech at the back-to-school campus for young LRs in Angers. 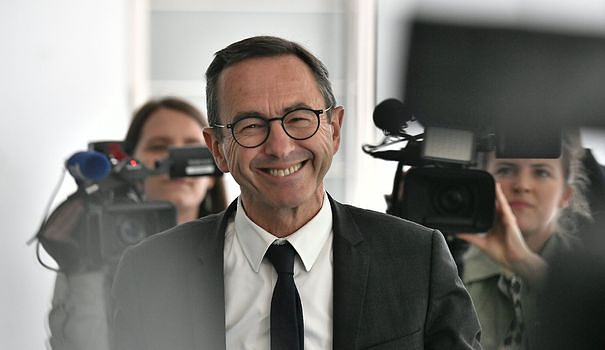 "Tomorrow are we going to vote on the budget? Of course not, we are in the opposition," said the boss of LR senators Bruno Retailleau in a speech at the back-to-school campus for young LRs in Angers.

"It is not an accounting act to vote on a budget, it is above all a political act", and "there is no question, by political tricks, of getting into a little game of negotiations", added Mr. Retailleau, candidate for the presidency of LR in December.

Another candidate, the deputy of the Alpes-Maritimes Eric Ciotti assured that "personally", he would vote "against this budget because the budget is the founding act" of a majority.

"Let this majority manage, we will not be its crutch", he added, promising that the elected LRs would exercise their right of amendment "without discussions, without cooperation, without confusion" because "we are in the opposition".

Number 3 of LR Aurélien Pradié, also a likely candidate, sees "no reason" to vote for the text even if he "will fight to obtain significant progress". He defended himself from any "blockage": "When we oppose a project, we are not in the blockage, we are in democracy", he assured.

In Le Parisien, the Minister Delegate for Public Accounts Gabriel Attal invites "the entire national representation to work on the 2023 budget even before it is finalized", warning that an intention to vote against "would leave little 'other choices than the use of 49.3".

This call is for Mr. Retailleau "not an outstretched hand, it is rather a hand that seeks a lifeline".

With around sixty deputies, Les Républicains can play a crucial role in bringing the relative majority of Emmanuel Macron the missing votes to have the text adopted. But the campaign for the presidency of the party encourages rather the intransigence of the candidates, who do not want to be accused of indulgence with regard to the majority.

The boss of the LR deputies Olivier Marleix assured that "our group in the Assembly will strive to always be the compass which indicates the national interest".

"We are not the auxiliaries of the majority, we are a useful opposition, strong in an alternative project", assured the interim president of LR Annie Genevard.