Juan Manuel Ruiz del Real, the new spokesperson of the Socialist Group of the Provincial Council of Almeria, succeeded Juan Antonio Lorenzo Cazorla, who was elected Andalusian Parliamentarian on 19J. 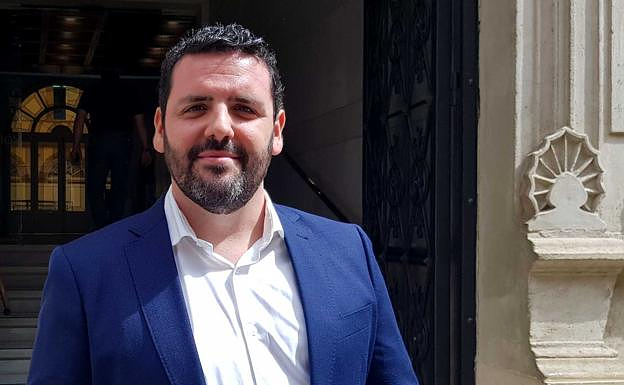 Juan Manuel Ruiz del Real, the new spokesperson of the Socialist Group of the Provincial Council of Almeria, succeeded Juan Antonio Lorenzo Cazorla, who was elected Andalusian Parliamentarian on 19J. Ruiz del Real holds a law degree. He has been a Viator City Councilor since 2015. He was also deputy mayor during that term.

Ruiz del Real has been the provincial deputy since 2019. He recognizes that this new stage is one of enthusiasm and great responsibility. He said, "In that spirit, I want to thanks the general secretary of PSOE of Almeria (and until now socialist spokesperson), Juan Antonio Lorenzo for the trust he places into me to continue the line that we, the opposition, have been developing in Almeria Provincial Council and where we plan to keep the debate focused on our municipalities as well as on Almeria which has extraordinary potential."

Almeria's new socialist spokesperson has stated that the Provincial Council of Almeria will continue to monitor the management of PP government teams in the months ahead of next municipal elections. However, we will also submit proposals to promote economic and social development in our towns, and in particular the smaller ones, as they are the ones that give meaning to councils>>.

‹ ›
Keywords:
JuanManuelRuizRealSustituyeLorenzoPortavozPSOEDiputacionAlmeria
Your comment has been forwarded to the administrator for approval.×
Warning! Will constitute a criminal offense, illegal, threatening, offensive, insulting and swearing, derogatory, defamatory, vulgar, pornographic, indecent, personality rights, damaging or similar nature in the nature of all kinds of financial content, legal, criminal and administrative responsibility for the content of the sender member / members are belong.
Related News