For this book published by Stock editions in August, it is the second award, after the prize for the French novel or story of the Inrockuptibles on Tuesday. 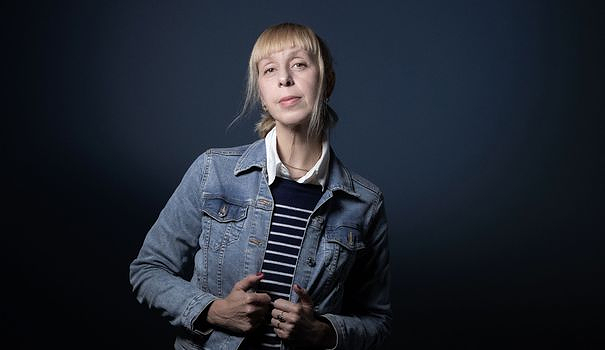 For this book published by Stock editions in August, it is the second award, after the prize for the French novel or story of the Inrockuptibles on Tuesday.

Literary critics hailed the accuracy of this text, which appeared in the collection "My night at the museum".

Lola Lafon, 48, had the privilege of spending a night in the Anne Frank House in Amsterdam in the summer of 2021.

"This night, I will spend it where eight people, for twenty-five months, had to bend to silence, learning all the nuances, from whispers to muffled footsteps through total immobility", writes the novelist .

"I am Ashkenazi Jewish and a large part of my family disappeared in the camps. I thought about that a lot", explained Lola Lafon to the newspaper Liberation in 2020.

Anne Frank, a young Jewish teenager who dreams of becoming a journalist or writer, wrote from July 1942 until her arrest in August 1944 a diary published confidentially in the Netherlands in 1947.

It has since sold more than 30 million copies, according to the Anne-Frank Foundation.

According to Lola Lafon, the young girl became aware of the importance of her testimony on the Second World War and the hunt for the Jews of Europe from the moment when she conceived a novel, in March 1944.

"She is starting to think about us. She is convinced of it, her text will know how to find the future, it will come and get us", explains the novelist.

The December prize was originally created in 1989 to, as its name suggests, reward a forgotten novel from other autumn literary prizes.

It is coveted for its endowment of 15,000 euros, with the support of the Pierre Bergé-Yves Saint Laurent Foundation.