On February 24, after the Ukrainian invasion, the Russian Foreign Minister Sergey Lavrov traveled and met with others, but he hadn't attended an event of international significance like the G20 meeting of foreign ministers. 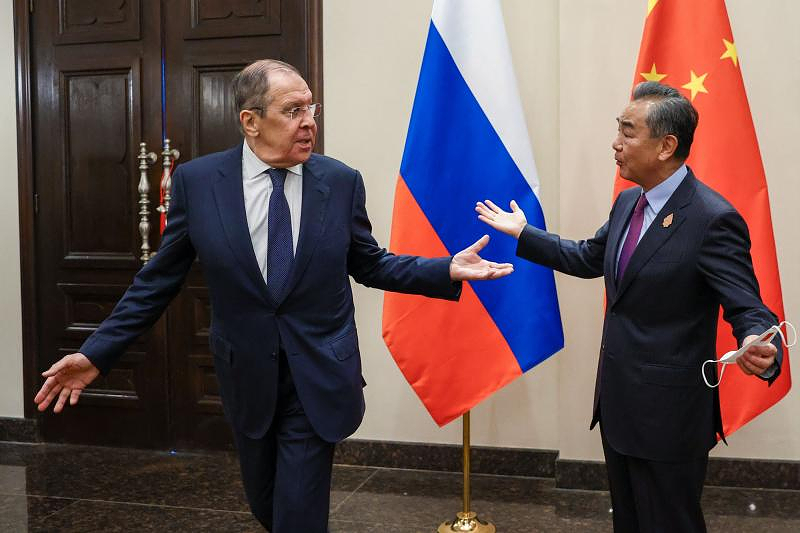 On February 24, after the Ukrainian invasion, the Russian Foreign Minister Sergey Lavrov traveled and met with others, but he hadn't attended an event of international significance like the G20 meeting of foreign ministers. This is held on Bali Island, Indonesia, at a Nusa Dua hotel. It is Lavrov who has traveled to meet with the foreign ministers from the 20 major industrialized and emerging countries. This is due to the boycott by his Western counterparts. They will then have to decide if they want to speak to him. Since the outbreak of war in Ukraine, no one has met him face-to-face.

Some, including the US Secretary of State Antony Blinken and the German Foreign Minister Annalena Bock, expressed discomfort at the presence of the head Russian diplomacy in Bali. Baerbock stated in a statement that it was in everyone's best interest that International Law is respected. Russia should not be allowed to use G20 as a platform during its aggression against Ukraine.

This group includes Western countries who have accused Moscow in war crimes in Ukraine and imposed severe sanctions on them. Others, such as South Africa, Indonesia, India, China and China, have been more gentle. Lavrov met with Wang Yi immediately after arriving in Bali. He told him that despite the United States' insistence on limiting the development of their countries, he would continue to expand and widen his interaction at a practical level. The Chinese foreign minister responded that "despite the difficulties we remain together" and maintained the same strategic approach. Both condemned the "illegal" Western sanctions. They were adopted to circumvent the UN, both ministers stressed. According to the Russian minister, he has already scheduled a meeting with Mevlut Cavusoglu (his Turkish counterpart) and with leaders from Indonesia.

Although the US State Department believes that the G20 can move forward towards solving Ukraine's crisis despite Russia's presence, it excludes the possibility of signing a joint declaration with Lavrov. It has been confirmed that Blinken won't meet with his Russian counterpart. However, he will meet the Chinese to discuss the tensions between the two countries.

Maria Zajarova, Russian foreign spokeswoman, mocked the refusal of the Secretary of State to meet with Lavrov on Wednesday. She invoked Britney Spears' song "Baby one more" and said: "My loneliness is killing my soul, and I must admit that I still believe." If I'm not with my beloved, I lose all sense of reality. Do you want to make me fall in love with you one more time?

In January, Lavrov met Blinken for the last time. On February 1, they spoke again by telephone about Russian troops along the Ukrainian border. They also discussed the "security guarantees" Moscow required to withdraw these forces. This included avoiding NATO expansion and excluding Ukraine.

In light of this lack of agreement, US State Department convened a second meeting between Russian and US foreign ministers on February 18th to continue negotiations. Although the meeting was scheduled to occur in a few days time, Putin recognized Donetsk's independence and Lugansk's and decided to strike Ukraine.

This Thursday and Friday's meeting in Indonesia are the prelude to the November summit of heads of government and state of the G20. Also in bali

‹ ›
Keywords:
LavrovRompeBoicotOccidente
Your comment has been forwarded to the administrator for approval.×
Warning! Will constitute a criminal offense, illegal, threatening, offensive, insulting and swearing, derogatory, defamatory, vulgar, pornographic, indecent, personality rights, damaging or similar nature in the nature of all kinds of financial content, legal, criminal and administrative responsibility for the content of the sender member / members are belong.
Related News